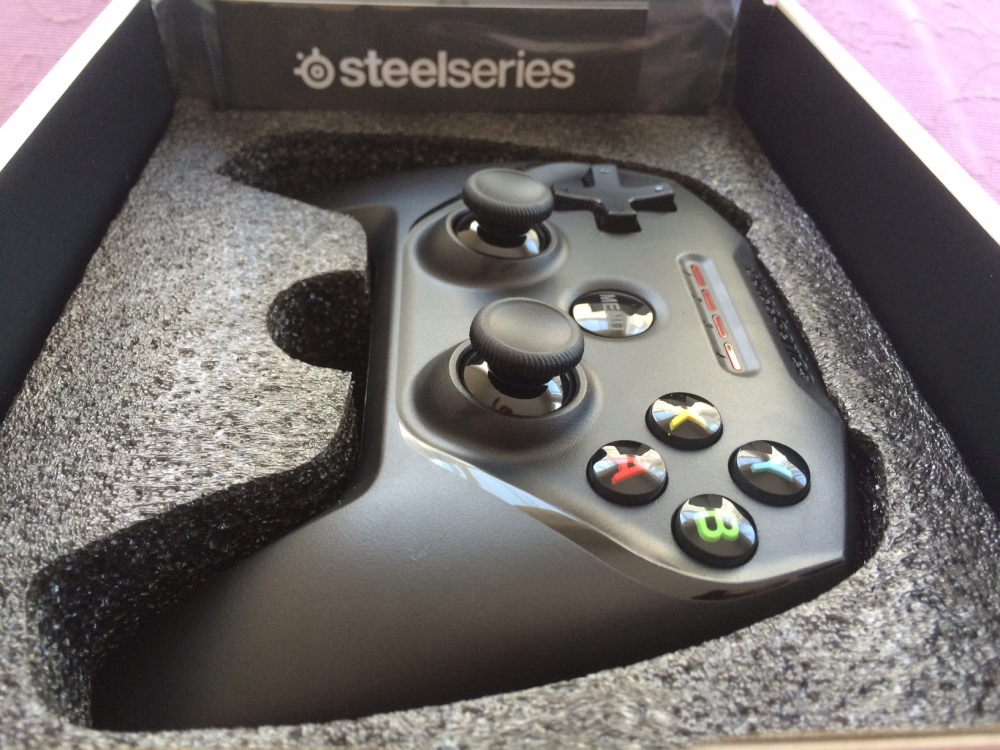 On first opening the box, you’ll see the device nestled securely within a dark grey foam cutout. It gives you a pleasant feeling of having just bought something of value, and is a great touch.

The second thing you’ll notice when lifting it out is the Nimbus’ weight, which has a reassuring heft. Weighing it in on the trusty Grab It laboratory scales, it comes in at 246 grams, which is actually a little more than the PS4’s DualShock 4, which came in at 217 grams. Sitting one above the other, the Nimbus is very similar in length to the DualShock 4 as well.

The four shoulder buttons have a nice, slight resistance to them, and the left and right sticks feel a comfortable distance apart, with the d-pad feeling similarly solid. The four face buttons A, B, X, and Y - clearly modelled on Xbox’s layout, although coloured differently (maybe through fear of litigation) - and the big main menu button are my only real complaint, feeling a little clicky.

Toggling the on/off button found at the front face of the Nimbus (inexplicably labelled “Hold”) caused one out of four LEDs to light up, meaning the device was at 25% charge. While charging via my iPhone 5S’s charger, I downloaded the official app for the Nimbus, which turns out is a nicely put together, and very user-friendly affair. The app doesn’t overload itself with unnecessary complications, and the menus are all obvious as to their intentions. Split into four main tabs there is a Help section with frequently asked questions, a Settings tab to toggle push notifications on and off, a tab to pair the Nimbus in order to check for firmware updates, and the fourth being a list of compatible games. 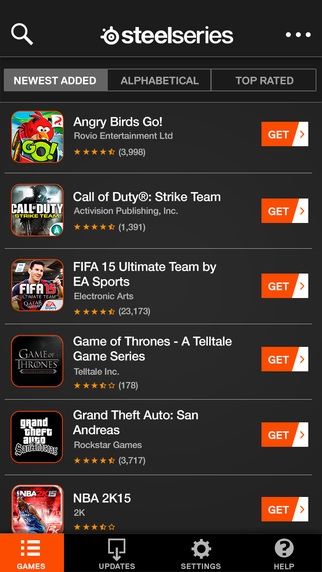 It’s helpful to have the games list, which is divided into Newest Added, Alphabetical and Top Rated, but now that the Apple TV is out in the wild, it would be great to see an update that added a list of tvOS games that are controller compatible.

Once charged, and after a quick firmware update via Bluetooth on my iPhone, it was a simple task of going into the Remotes and Devices section of the Apple TV settings menu, selecting Bluetooth, and switching on the Nimbus. After the first pairing the controller is remembered, and from then on it’s a matter of switching your controller on whenever you want to use it.

You can also use it to navigate around Apple TV in general, rather than just for games, meaning you’re not having to swap between devices when not in-game.

Put quite simply, the Nimbus does exactly what it should do when playing games. During my excursions into Rayman Adventures and Asphalt 8 Airborne - which you can read more about here - it felt quick, tight, and responsive, and using it will cause gamers long since comfortable with an Xbox or PlayStation layout to feel right at home. It was a strange sensation to occasionally stop and remember that I was actually playing games on the new Apple TV. Having the thought “wow, this is just like playing on a gaming console” will no doubt soon be replaced with the acceptance and realisation that one of the Apple TV’s functions is actually now that of a gaming console.

It’s encouraging for the future of this fledgling microconsole that there is such a capable tool with which to tackle current and future games. Apple and SteelSeries have certainly positioned the Nimbus as the Unofficial Official controller, and that’s fine by us.

You can grab the SteelSeries Nimbus here.