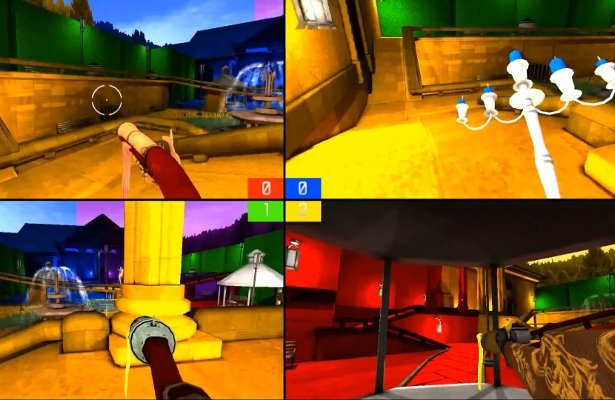 What do you see as the strengths and weaknesses of the new Apple TV, and what life do you see for it in the microconsole space?
A huge strength is the existing App Store ecosystem - both in terms of developers and also, crucially, customers who are comfortable with providing payment details and are familiar with the way the system works. I think also the approach to the controller suggests Apple has aimed this squarely at a casual audience and trying to pick up customers that might have a Wii, but no other console. That's definitely an untapped space right now.

In terms of weaknesses, I think it will still face the same challenge as all microconsoles in that the case for it to be used isn't really proven out yet, and consumers already have a lot of options when it comes to streaming content to their TV.

Some big names have jumped on board – such as Disney Infinity 3.0 and Guitar Hero Live - is Apple TV going to offer a new market for games released through Surprise Attack? Why or why not?
We're definitely watching with interest, although it's very unclear at the moment whether our kinds of games, and our kind of audience, will embrace the device. We're more about niche, interesting games that are not everybody's cup of tea, and it feels like Apple are positioning this more towards families and casual gamers.

How do you see the 200MB limit for games - with the remainder of a title accessible on demand - affecting the types of games that will be successful?
With this sort of limit it may restrict the types of games on the platform, but if something like Disney Infinity can launch on Apple TV, then I imagine there are solutions for pretty much any kind of game.

How do you feel about Apple limiting approval to apps that work with the Siri Remote as opposed to being compatible only with MFi controllers?
I think it's a smart move for Apple to ensure that all games are playable on the main controller and it’s not particularly surprising when you think about the way iPhone and iPad games require touch controls.

Optional controllers will always be a subset of the audience and allowing games that require them can confuse the message to consumers. The equivalent would be a console fighting game that only let you play on an arcade stick and did not support the PS4 controller. For both the developer and the platform that's not going to be a great outcome.

It’s pretty clear that's Apple’s at the Wii audience - the addition of being able to play using your phone as a controller makes it even more accessible.

Should we expect to see a heavier price point for Apple TV apps over the current norm - say $5 to $20, or more?
Honestly I think free-to-play will dominate Apple TV just as it does the App Store now. I imagine more AAA experiences such as Guitar Hero will also adopt microtransactions rather than a big upfront price. There may be more $10 - $15 experiences that come over from PC or console to the platform, but I think the big hits will be free-to-play.

Which titles from your back catalogue of iOS games might you see working on Apple TV and what are your current plans to bring them to the big screen?
We don't have any plans at the moment to bring over our current iOS titles like Oscura: Second Shadow. It's something we'll discuss with the developers, but it’s early days at the moment in terms of the platform and whether it would make sense.