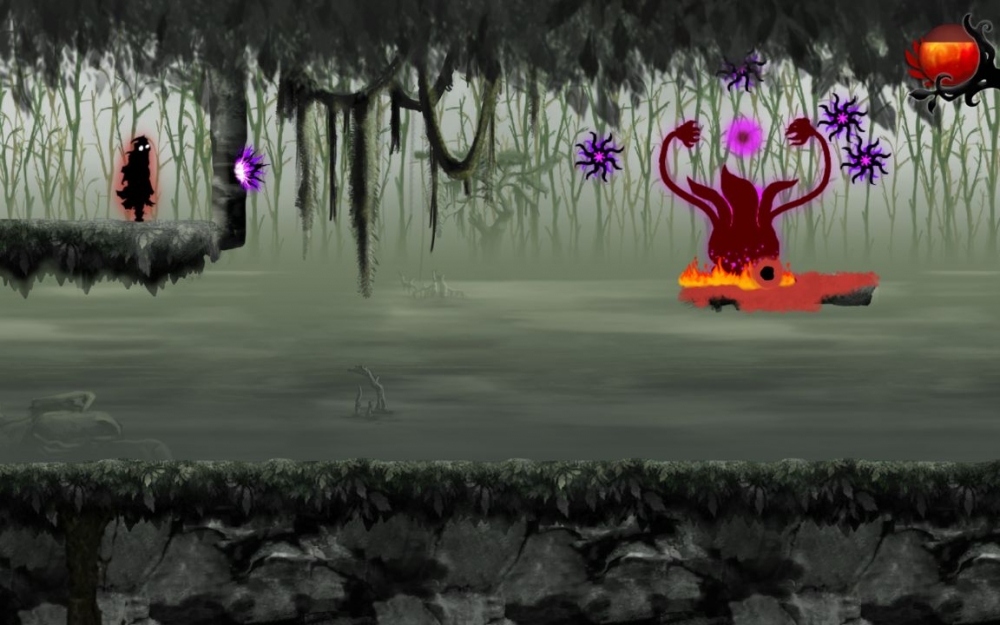 The Humble store is having a sale! If you've never bought games from the Humble store, they follow the trend of online game stores just like Steam or GOG.com, but with a big difference. A percentage of all sales on the Humble store goes to charities such as the Red Cross and Child's Play. They also have weekly Humble Bundles, a collection of games where you can pay what you want and decide what percentage goes to the developers, the store and the charities of your choice.

This End of Summer Sale runs from today until September 22, and games in this sale definitely worth adding to your collection include;
- The Wolf Among Us
- Kerbal Space Program
- Psychonauts
- Gone Home
- Samurai Gunn

The PC version of Nihilumbra is also on this sale. Nihilumbra has been featured heavily in Grab it, and we released an entire app dedicated to the making of the game, filled with cutting edge digital magazine ideas that push the boundaries of what we can do in this space. This haunting puzzle platformer, and our making of app, should not be missed.

Grab our making of app here, and iPad gamers can also check out Nihilumbra and The Wolf Among Us. 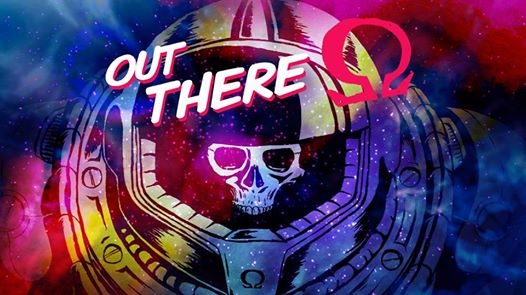 At any one time there are an incredible number of games on sale on the App Store. In fact, we could churn out articles on a near-daily basis showcasing some pretty sweet deals. But even I was gobsmacked by the calibre of games on sale at the moment and the deep price cuts given. A number of these games even made our Top 50 Best Indie iOS Games of 2014 So Far.

Tying in nicely with Grab It’s self-declared Gamebook Month, digital gamebook Sorcery! from inkle has been slashed. If you’ve been waiting to jump into this innovative series, or have been on the fence about whether to give gamebooks a shot, now is the time. If gamebooks aren’t your thing, there are some other really nice deals to be nabbed. We can thoroughly recommend the adorable point-and-click adventure Doggins (read our review) which we called “a wonderfully charming, humorous and casual adventure that is unfortunately cut short in its prime.” Another must-play, which came in at number 3 on our Top 50 Games of 2014 So Far, is the fiendishly difficult space adventure, Out There by Mi Clos Studio. 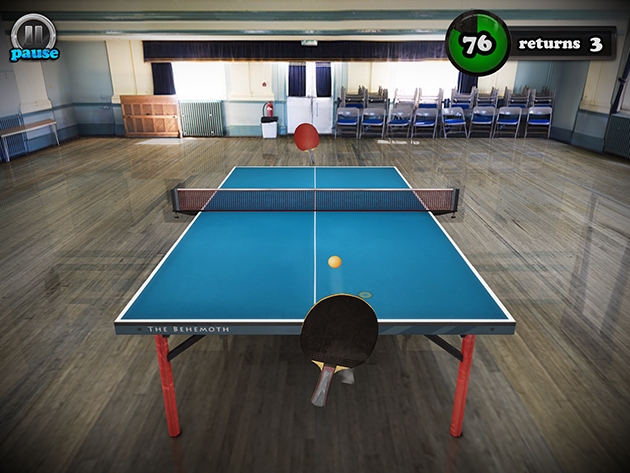 One of our featured games in Episode 5 of Grab It was Table Tennis Touch by Yakuto Limited. It has to be one of the best looking games ever seen on an iPad and features great swipe-based gameplay that allows you to control speed, spin and more as you battle it out against the AI or in minigames. With the promise of a multiplayer mode and more to come, the game is set to get bigger in the future, too.

However, we recommend jumping into the action right now. To celebrate the start of the Commonwealth Games, Yakuto has slashed 50% off the asking price for the game and if you're a fan of the sport, we can assure you it is money well spent. You can grab the game here.

For our full review and our exclusive interview with the developer, also check out Episode 5 of Grab It. 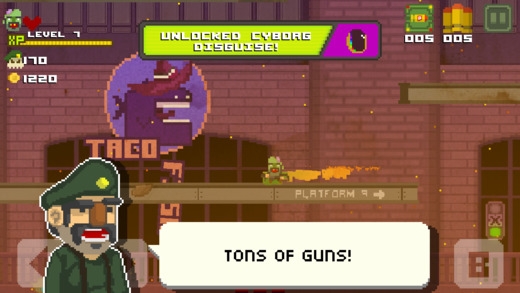 Bill Killem featured as a Quick Fix in Episode 5 of Grab It - The Game Discovery App, and it's a lot of fun, packing a sizeable arsenal of weaponry into an endless runner. When playing it, however, I found myself wishing I could do away with the timers and stop running from left to right in order to enjoy the scenery and shoot stuff at my leisure. Well, Everplay Interactive has answered my wishes and delivered Buzz Killem, father of Bill.

Sound like fun? It is. I've only had time for a brief hands on so far, but enjoyed what I played and look forward to unlocking bigger and better guns, and some of those silly disguises.

The best part is you can grab the game for free this weekend, right now, quick! Trailer below: 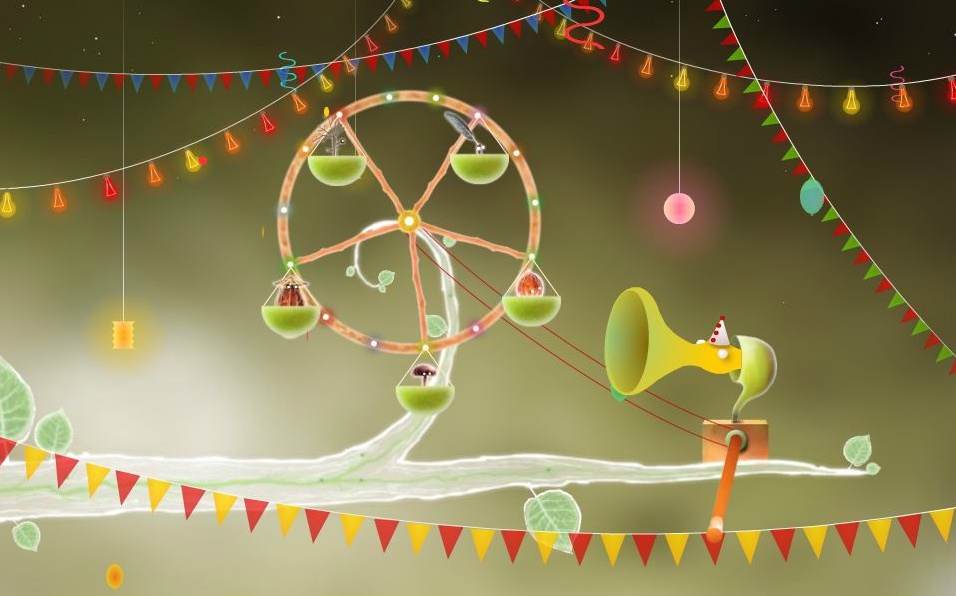 As you may have heard, Episode 5 of Grab It is out now and amongst its 15 showcased games is Botanicula. In our feature review, we gave it 5-Stars and called it “a masterpiece of sound and light that speaks to the player in a language of playful, yet deeply meaningful symbology.” You should grab Episode 5 now to read the full review and our interview with developer Amanita Design (a studio already well-established thanks to its point-and-click phenomenon Machinarium).

To (presumably) celebrate scoring 5-Stars from Grab It, Amanita has put Botanicula on sale – 40% off! This is spectacularly awesome news, so while you’re over at the App Store grabbing Grab It, grab yourself Botanicula as well. 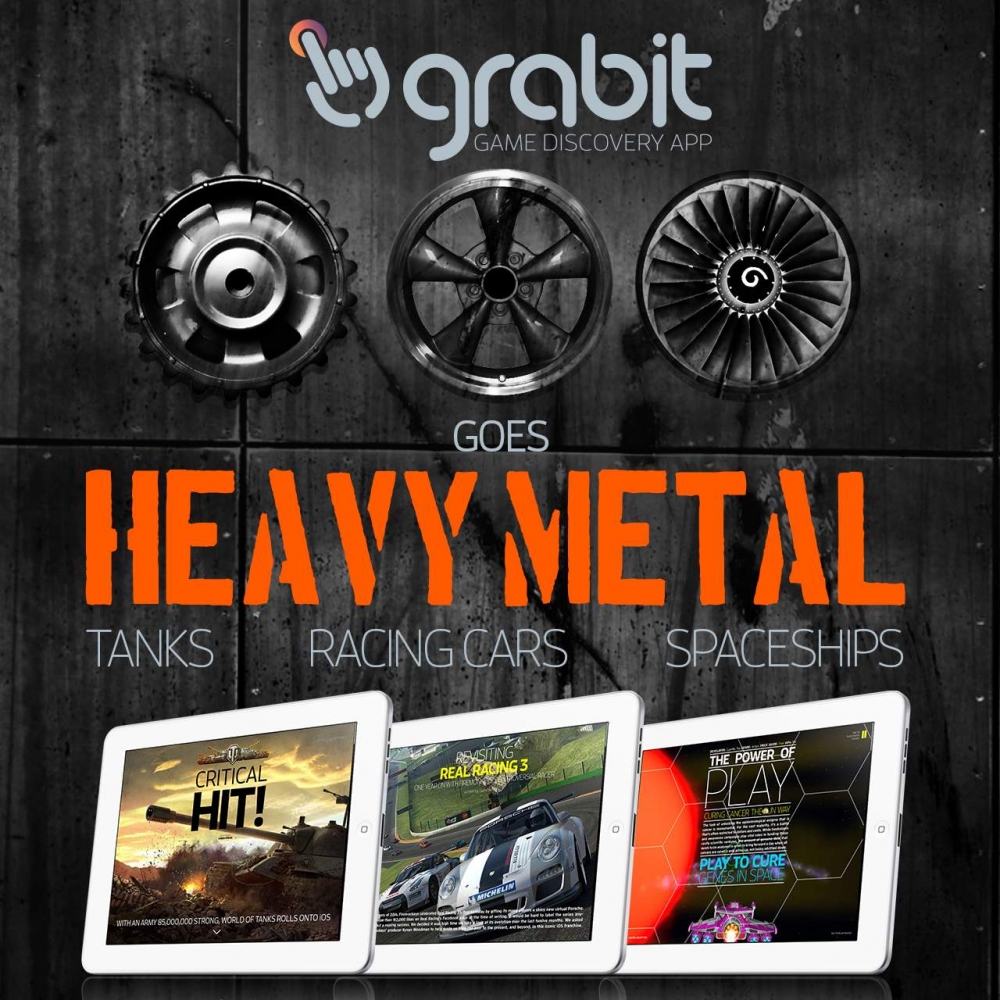 As part of the celebration, we have a pretty cool deal to offer you. If you’re one of the first 50 people who pick up a copy of Episode 5 and review it on the App Store, then we’ll give you a copy of Episode 3 for free. Episode 3 includes, amongst plenty more, an exclusive making of feature on the stunning puzzler Monument Valley. You can see the trailer below for more into on the episode.

Buy One, Get Two.

To enter, simply;
1. Purchase Grab It Episode 5
2. Leave a Review on the App Store
3. Tweet or Facebook or Email us a message telling us your App Store review name and your country.
4. We’ll reply with a Episode 3 download code until the 50 are exhausted. 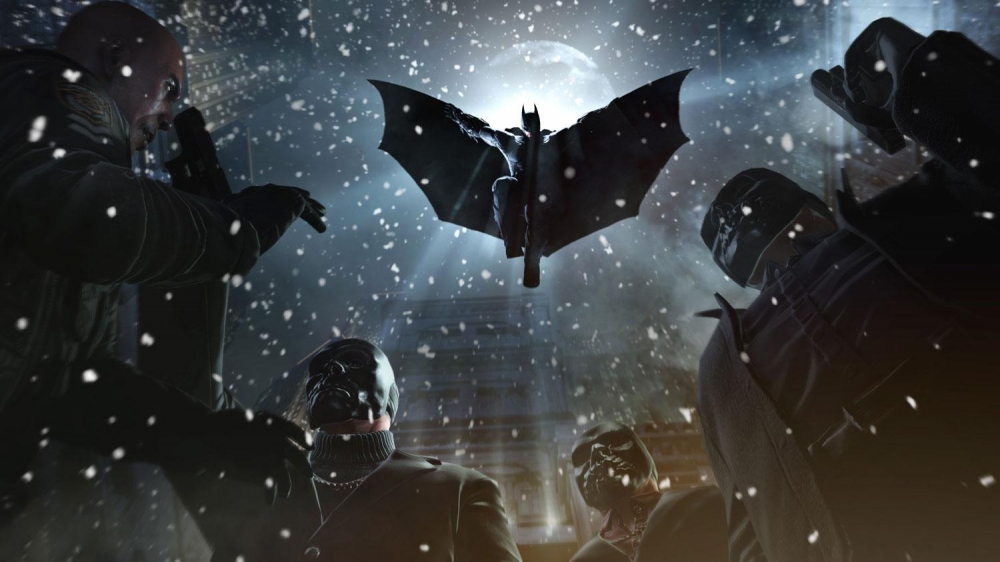 The App Store's main page will often feature some really fun collections that are worth checking out. At the moment you'll find a tile to tap on entitled "Celebrating 75 Years of Batman."

The LEGO games are always a safe bet, and LEGO Batman: DC Super Heroes not only lets you play as a blocky Dark Knight, but also a blocky Superman, Wonder Woman, Green Lantern and loads more. There are actually 80 playable heroes and you can check out the trailer below.

Rounding out the collection is Injustice: Gods Among Us, in which you can try your hand at a free-to-play DC themed collectible card game. That is of course if CCG fans can tear themselves away from Hearthstone for long enough to check it out.

It's a fun App Store feature and well worth a look for fans. 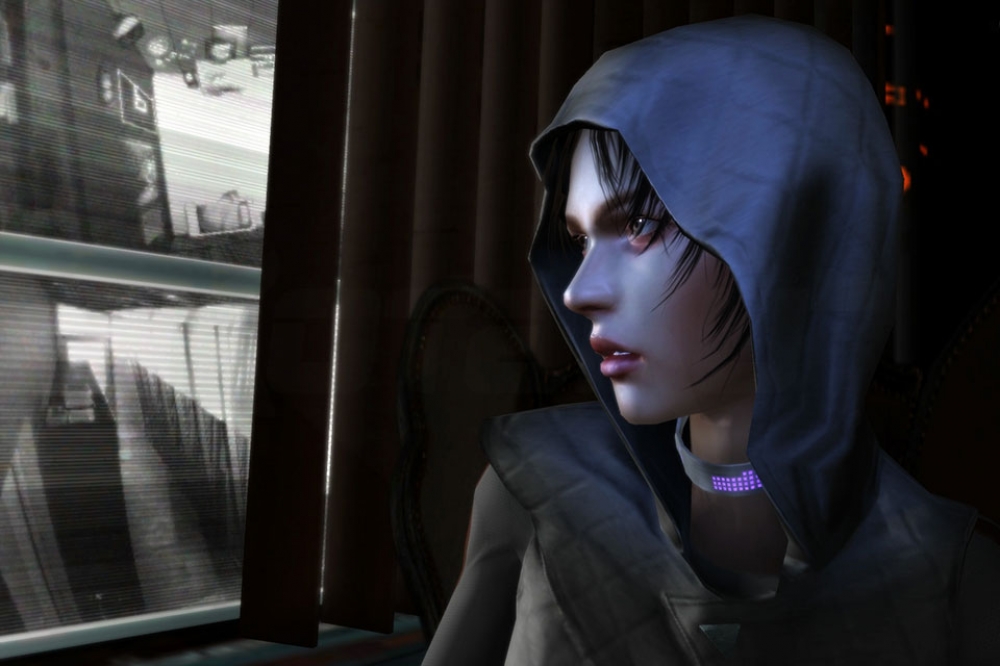 Here in Australia we’ve just started a long weekend. The sun is shining and the temperature is crisp. But wherever you are, what better way is there to spend a weekend than with your feet up, iPad in one hand and refreshing beverage in the other? To top it off, a number of pretty sweet iOS games have just been given deep discounts on the App Store. Times are good!

Without doubt, the pick of the bunch this weekend is the stealth extraordinaire, République, which has gone free. We reviewed République in Episode 2 of Grab It, calling it a stunning success that delivers on gameplay and story. We also caught up with Ryan Payton – the founder of the studio Camouflaj behind this excellent game – who has previously worked on the Halo series. You can read the full making of feature in our free Episode 1. Before you leave the App Store, be sure to also spare a thought for the visually stunning platformer Leo’s Fortune and the equally stunning, but much darker, Limbo. 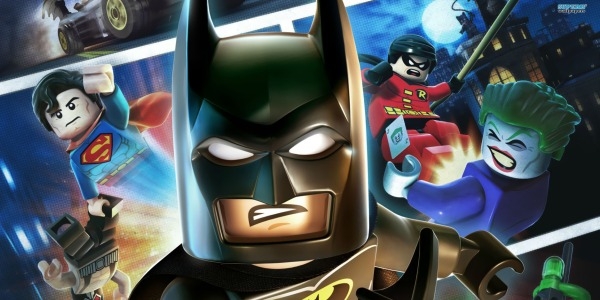 Holy smokes Batman, here we go again: another weekend, another long list of excellent games on sale. In fact, the quality of the games on sale is so fantastic, you should grab them all to support those awesome devs.

But if your purse strings won’t stretch that far, then you should definitely check out the Lego games. Don’t be fooled by their stylishly cute appearance. There’s actually surprising depth to these games and they will, more often than not, leave you roaring in laughter. It’s also no secret that I’m a massive fan of gamebooks and choose-your-own adventures. If that’s you too, then be sure to snap up the two gamebooks on sale from Australian indie dev, Tim Man Games (Gamebook Adventures 1 and Fighting Fantasy). Even if you haven't played a digital gamebook before, now is the perfect time - I can assure you that Tin Man Games has done an excellent job in utilising the iPad's features, while still maintaing that old-school gamebook feeling.