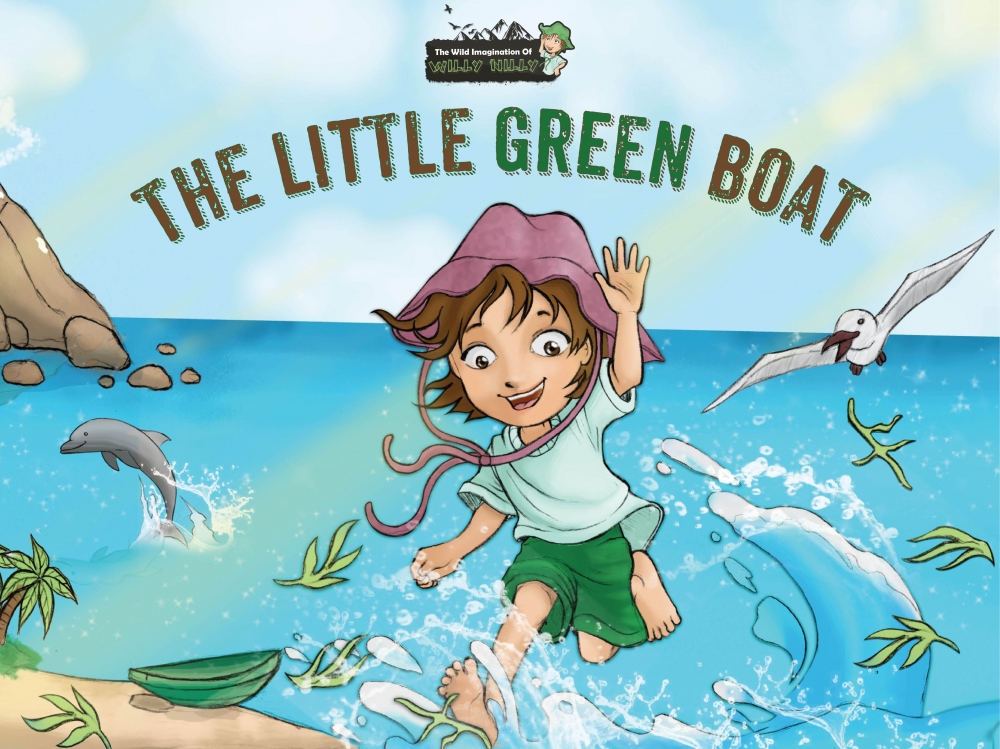 Chris Stead, founder of Grab It Magazine and ex-editor of Game Informer, GamePro and Gameplayer, has launched an exciting new property for iOS and, shortly, Android, through his parent company Old Mate Media. The Little Green Boat is the first entry in The Wild Imagination of Willy Nilly series, an interactive run of digital books for children.

Willy Nilly is a young boy whose everyday activities spiral into crazy adventures as the real world and the world created by his imagination merge into one. The adventures are inspired by the many games Chris has played over the years, and the visual style is inspired by a mix of bright colourful Western platformers, and anime adventures.

In The Little Green Boat, a trip to the beach takes an interesting turn when Willy Nilly finds a little green boat. Upon jumping in, a giant wave takes him out to sea. Stranded, he enlists the help of some dolphins, who carry him to a secret island where he finds a treasure map leading to a great prize. If only he can brave the many dangers on the way.

If you have a child, or a young relative – or would just like to check it out – your support in spreading the word and getting some positive reviews on iBooks would be much appreciated. You can grab the book here.

Also keep an eye on www.willnillyadventures.com.