Greed is the fuel that drives this multiplayer descent into the darkest parts of space. Can industry veterans Ghost Ship Games strike gold with this indie mining simulator? 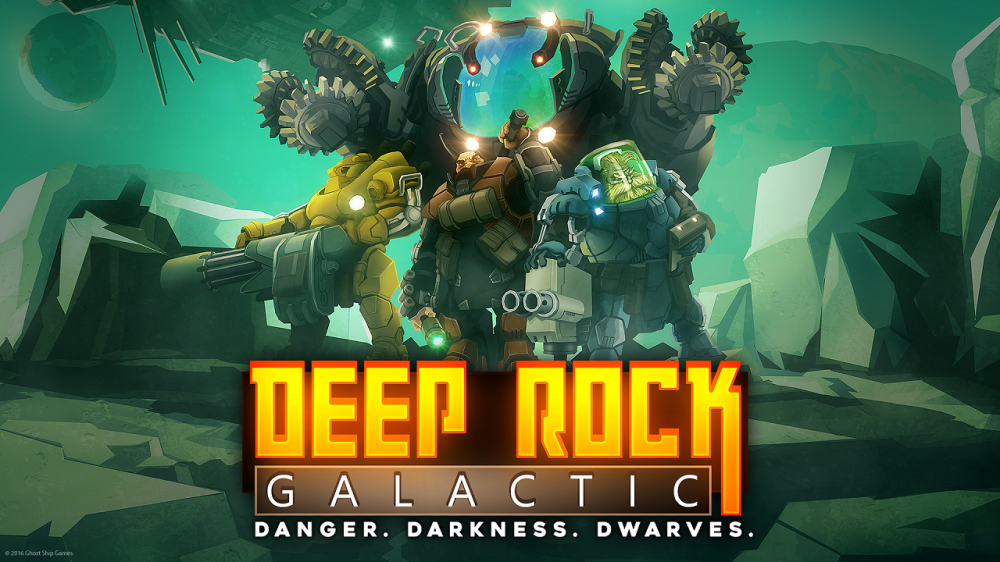 It's dark, deep below the earth.

In the distance, I can hear little clawed feet skittering around the cavern walls and the faint sound of one of my partners crying out.

Maybe he found something, maybe he’s under attack. I ask if everything is okay over the comms, but there's no response. I’ll head back just after I check out the next room.

Rounding a corner the cavern opens up, and down a long stretch of blackened stone walls I can see a tiny glint of gold. I run towards it only to see another glint, and another. In fact, a whole wall of sparkling, glittering gold. It’s enough to pay for the whole expedition, and then some.

The skittering behind me pulls my attention away from the precious metal, and face-to-face with the swarm. A seething mass of teeth and beady eyes. I yell out to my team mates, but they're too far away. I was too greedy, too hungry for gold, and now I'm being eaten alive by ravenous monsters deep below the earth.

This is Deep Rock Galactic, a first-person mining simulator. But it's also much more than that. It has elements of Red Faction, Minecraft, and Left 4 Dead with class-based combat and platforming, all wrapped up in a stylish low-poly package.