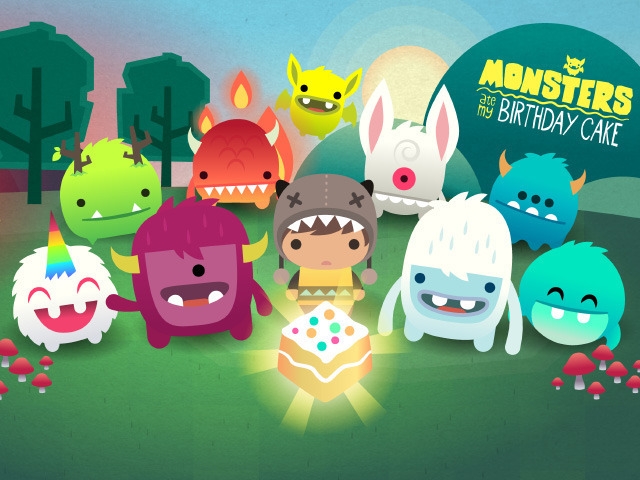 Lick the last bits of grease from your fingers and top up your beverage: it’s time to get your game on. We’ve already taken you through the top 10 free games of June, and now it is time to look at the next tier, the premium titles. These gems will set you back a few dollars, sure, but we’ve weeded out the best of the best so you can download in confidence.

Want more? Why not check out the top 10 best premium games of May, April, March, February and January. Plus, if you want to keep your finger on the pulse of all your iOS gaming news, be sure to sign up to our newsletter.

10. Blood & Laurels (Richard Evans)
We like to celebrate indies that experiment with new experiences and developer Richard Evans has done just that with his take on the humble gamebook. Set in Ancient Rome, it follows a poet, Marcus, as he is sucked into various political and social conspiracies that grow evermore complex as you’re forced to make decisions that affect his relationships with those around him. Characters die and outcomes change, offering plenty of replayability, while the sex, violence and intrigue offer a mature experience for those interested in the genre.
Grab the game now.

9. Broken Age: Act One (Double Fine)
The game that started as the Kickstarter that kickstarted crowdfunding, has finally made its way to iPad and what a delightfully charming point-and-click adventure it is, too. Looking a treat, its big win is its engaging story. Excellently voiced, it follows the separate tales of two teenagers who, despite living worlds apart, suffer the same disillusionment about the traditions of their culture and long to break free. A rich vein of humour runs thought the game – a hallmark of developer Tim Schafer’s earlier work on titles like The Secret of Monkey Island – which drowns out concerns about simplistic puzzles.
Grab the game now.

8. Lex (Simple Machine)
Ever wished Scrabble was more psychedelic? Well, this is Pscrybbledelica… actually it’s called Lex, but you get the idea. Lex is a mesmerising puzzle game where you try to make words from a selection of random letters and as you do, you not only score points for the letters used and how fast you use them, but you create inspiringly beautiful kaleidoscopic mandalas out of them, too. Accompanying this fast-paced word creation is a soothing electro score and an ambient swirling symmetry of the alphabet, giving you a unique experience that’s as demanding as it is relaxing.
Grab the game here.

7. Linkin Park Recharge – Wastelands (Kuuluu Interactive)
Linkin Park Recharge – Wastelands is an unlikely follow-up to 2010’s sidescrolling 8-Bit Rebellion (yes, this is Linkin Park’s second iOS game), but its focus on top-down action makes it a strong standalone title - even for an aging rock-rap group. Make no mistake, though, this group is smart enough to know where new fans can be found and that respect must earned anew in the game space! The result is a loot-heavy, well-executed shooter the game features a wealth of customisation options and the ability to unlock new Linkin Park tracks as you play, innovating music distribution in the process.
Grab the game here.

6. Bonza Word Puzzle (MiniMega)
There’s any number of word puzzle games on the App Store to choose from, but few make such elegant use of the touchscreen as Bonza. Each “level” presents you with a clue that links together the jumbled mess of letters on the screen. Rather than individual tiles, however, these letters are connected in seemingly random ways, like a glass image of a completed scrabble or crossword game has been shattered into shards you must piece back together. It results in an addicting mind scratcher, where you’re not just making words from letters, but solving a puzzle and mystery at the same time. A simple idea, brilliantly executed.
Grab the game here.

5. Godfire: Rise of Prometheus (Vivid Games)
A third-person action-RPG based on Greek mythology? Sign us up! Godfire: Rise of Prometheus is the App Store’s answer to Sony’s legendary God of War series and it has that console feel about it, too. It’s a notably good-looking game, with a distinct art style and polished visuals that carry across the gore and violence one expects when retelling history’s greatest myths. Taking on hulking Minotaurs or slinky Medusas is handled with an arcade, combo-driven flair that may not be to everyone’s tastes, but the customisation options and the open-world full of secrets and puzzles to enjoy is quite impressive.
Grab the game here.

4. Twisty Planets (FirstSight Games)
Twisty Planets is a cute and colourful little puzzle-game with a unique gameplay… well… twist. Manipulating stages in 3D by twisting and rotating the world, you need to guide your little digital avatar, Qub, through a variety of cube-shaped puzzle planets while delightful music plays in the background. The worlds feel like they could have been sucked straight out of a Super Mario Galaxy and there’s a hint of Monument Valley in there, too, but its overwhelming charm and confidently created puzzles give it plenty of entertainment value all of its own.
Grab the game here.

3. Oscura: Second Shadow (Chocolate Liberation Front)
With its spooky soundtrack, gorgeous world detailed in silhouette and gargoyle-like hero, Oscura: Second Shadow is what we’d expect a Super Mario Bros game directed by Tim Burton to be like. Precise platforming is the order of the day, and with no weapons at his disposal our fugly hero is instead granted the ability to slow time. He can use this to outwit his foes, solving level puzzles and manipulating traps as he heads through the Driftlands seeking out the shards of the Aurora stone that will bring back the light needed to fight off the darkness. Challenging, especially if you want all the collectibles, and memorable.
Grab the game here.

2. Monsters Ate My Birthday Cake (SleepNinja Games)
This tasty addition to the App Store looks, at first, like a cutesy rip-off off the old top-down Legend of Zelda games. You play a small boy who wakes up in a village and wanders between the huts and under the trees meeting characters, yadda yadda yadda. But this is no clone. As opposed to gallivanting across the countryside looking for quests, you’ll enter puzzle dungeons in the hope of solving its challenges to earn some cake. The deeper you go, the more you have to tweak your strategies and switch between characters to counter the traps, monsters and threats you face. The deeper you dig, the more this excellent game unfurls its humorous world and engaging gameplay.
Grab the game here.

1. VVVVVVV (Terry Cavanagh)
The infamously difficult VVVVVV (the letter V six times) has made its long-awaited way to iOS and brought with it all the chaotic challenge of the PC/Mac original. This is a platformer unlike any you have played before: it has no jump button for starters. The only moves at your disposable is good ol’ left and right. Oh, and you can flip yourself upside down from floor to ceiling. Mastering this kind of projectile flipping movement will be your only salvation if you want to see this game through to the credits. This iOS port is a clean and tidy shift to touchscreen platforms and handles VVVVVV’s twitchy gameplay as reliably as the game demands.
Grab the game here.