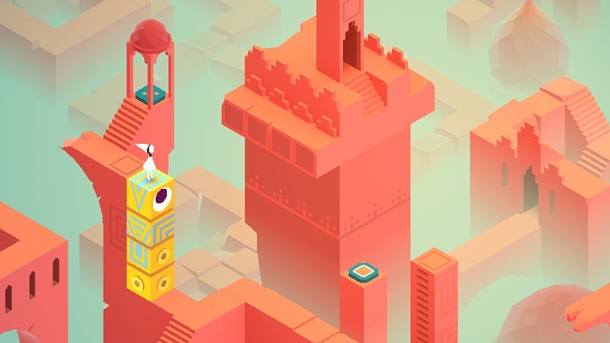 The App Store is a weird and wonderful place. In amongst a number of highly questionable titles and endless clones of Flappy Bird, there are some real gems to be found. Here at Grab It, we pride ourselves on unearthing the best that the App Store has to offer, but more importantly, the amazing indie devs standing behind these titles. With the month of April having come and gone, we were once again floored by the number of quality titles that came our way. Mind-bending puzzlers, hardcore space exploration, stealthy assassins and punishing dungeon crawlers all feature in our top 10 best paid games of April. Make sure to also check out our Top 10 Best Free iOS Games of April.

You can also check out our Top 10 Premium iOS Games of March, February and January.

9. Yomi (Sirlin Games)
Collectible card battling titles have been all the rage lately (led by Blizzard's Hearthstone game) and you should save some of that love for Yomi. Drawing inspiration from Super Street Fighter II Turbo, the aim is to reduce your opponent's health to zero in a similiar fashion to the arcade fighter. Players can use a variety of tactics and strategies including attacks, throws, blocks and dodges. Similiar to other card-based titles like Magic: The Gathering, Yomi is fairly easy to pick up and start playing, but difficult to master. You have been warned.
Grab it now

8. Third Eye Crime (Moonshot Games)
Third Eye Crime is a very slick noir stealth crime puzzler from indie developer Moonshot Games (founded by three ex-Bungie devs). Viewed from a top-down perspective, the player controls a psychic criminal as he attempts to evade security and carry out heists in gorgeous comic book-style environments. It's a game that will make you think, while still featuring tense set-ups that will leave you on the edge of your seat.
Grab it now

7. Fighting Fantasy: Starship Traveller (Tin Man Games)
Australian developer Tin Man Games has continued its amazing run of quality gamebook titles by bringing Steve Jackson's epic 1983 Fighting Fantasy novel, Starship Traveller, to modern touchscreen devices. Players jump into the shoes of a starship commander whose vessel is sucked through a black hole into an unknown universe. Players must explore a number of hostile alien planets to collect clues that will enable them to plot a course home. Tin Man Games has done an amazing job in utilising the best aspects of touchscreen devices whilst maintaining that authentic gamebook feeling.
Grab it now 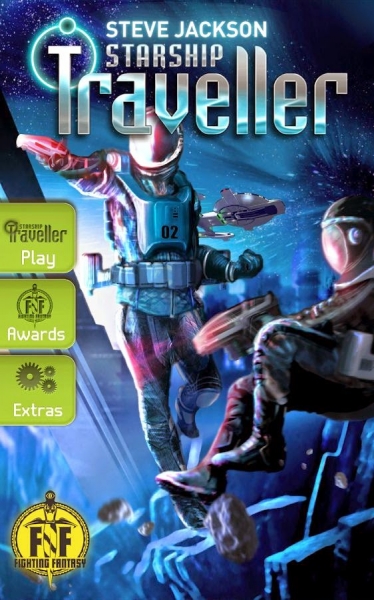 6. Hitman GO (IO Interactive)
Legendary assassin Agent 47 has finally brought his iconic bald head and barcoded neck to touchscreens, but not quite in the way we might have expected. Developer IO Interactive has shaken up the usual tropes of the Hitman series, opting for turn-based strategic gameplay without the usual stealth experience we're used to. It's a bold change in direction, but it feels meaningful and works quite well on touch devices. And players can still expect to use Agent 47's tools of trade, including disguises and distractions. To top it all off, the game is presented with a very unique diorama-style set backdrop.
Grab it now

5. Leo's Fortune (1337 Game Design)
Leo's Fortune should be on everyone's must play list purely based on the titular hero, Leopold's, amazing facial hair. Look at it! Even Ron Burgundy would approve of this moustache. But I suppose you need some more information? From Leo's own narration, we learn that his fortune has been stolen and he is pretty determined to get it back via much platforming madness. The platforming is as fun and solid as you might hope, and the game looks absolutely stunning. But we wouldn't expect anything less from developer 1337 Game Design (the same guys that brought us the excellent Devil's Attorney). A must-have for both moustachioed and non-moustachioed platform lovers alike.
Grab it now

4. The Wolf Among Us: A Crooked Mile (Telltale Games)
Telltale Games needs little introduction, having gathered a massive following on the back of its The Walking Dead point-and-click adventure series. Telltale's The Wolf Among Us series, while still well-regarded, hasn't received as much attention. But in many ways, I think this series is even better. The third episode of The Wolf Among Us, subtitled A Crooked Mile, continues the story of Bigby Wolf in this adaptation of the Fables comic series. Telltale proves it is still the master of storytelling, constantly keeping us guessing and doesn't shy away from some fairly graphic and full-on themes.
Grab it now

3. Wayward Souls (Rocketcat Games)
Wayward Souls from Rocketcat Games (of Punch Quest fame) has had a long and interesting history. Kudos to those guys for simply getting the game out at all. But, even better, this RPG dungeon crawler is an absolutely awesome title you need to get stuck in to right now. With a huge variety of combat options, randomly generated dungeons you won't get tired of exploring and silky smooth animations within a retro aesthetic, Wayward Souls is living proof that no company - despite how much power they have - can stifle the creativity and ingenuity of indie devs.
Grab it now

2. FTL: Faster Than Light (Subset Games)
The award-winning sci-fi indie smash FTL has finally made its way to iOS. Subset Games could easily have done a straight port of its PC game and called it a day. However, the love and attention to the finest of details has resulted in one of the best space-based titles to hit the App Store. The dev has added such a huge amount of new features, content and visual improvements, it could almost be considered a new game in its own right. Be warned though: FTL is one of the most difficult games to pick-up and play in history, sporting an incredibly steep learning curve for newcomers.
Grab it now

1. Monument Valley (ustwo Games)
Have you ever been to an art gallery and come across one of those pictures which bends in on itself in such a way it defies possibility, making your head spin? Imagine that concept distilled in a puzzle-platform game. Monument Valley is such an incredible title that it cannot be simply limited to a particular box or categorisation. In the game, which is inspired by architecture from all over the world, the player needs to guide little princess, Ida, from the bottom to the top, whilst defying gravity and manipulating illusions to do so. It really does feel like you're playing a piece of art which makes for some truly rewarding gameplay. Feed your brain and get stuck into Monument Valley, and be sure to check out our world exclusive making of feature, which appeared in Episode 3 of Grab It.
Grab it now

What did you think of our Top 10 Paid Games of April? Being such a quality month, perhaps a number of titles didn't quite make the cut that you think rightfully deserve a place. Let us know through our social media channels and we'll keep you updated on what everyone is thinking.