In our series exploring the various sub-genres of role playing games, we’ve had a look at KRPGs, JRPGs, WRPGs, ARPGs, SRPGs and MMORPGs, and hopefully you’ve been enjoying the journey. Issue #1 of Grab It Magazine is available now in the App Store (and for the price it’s the best cup of coffee you’ll never have). Amongst its fifteen hours of entertainment you'll find reviews for the time travelling JRPG Across Age 2, and the triple-A, top-shelf, made for iOS WRPG The Shadow Sun, from developer Ossian Studios. The Shadow Sun is a home-run with hours of deep adventuring to be had. Today we continue our journey by taking a brief look at an RPG genre that has traditionally appealed to a fairly niche audience – the roguelike.

** You also may want to check out our Top 50 iPad Indie Games of 2013, which includes a number of RPGs, and our celebrity top 10s from developers like Ryan Payton, founder of République developer Camouflaj**

As a little bit of a history lesson, the roguelike genre popped into existence alongside the release of a game called Rogue in 1980. This game was an attempt to bring to life the tabletop, pen and paper Dungeons and Dragons fantasy series. Rogue was such a runaway success that it influenced many subsequent games. After some time, these games came to be referred to as "roguelike."

In their purest form, roguelike games are characterised by permadeath, randomly generated levels and turn-based combat. They also often incorporate sprite-based, ASCII graphics. In more recent times, games have begun to emerge that feature roguelike elements, but diverge in some key ways. For example, these games may retain the elements of permadeath and randomly generated maps, but incorporate real-time gameplay. These titles are sometimes referred to as "roguelike-lite."

Even if you haven’t heard the term roguelike before, chances are you’ve played a game that features roguelike characteristics. Arguably, the most well-known game borne out of the roguelike genre is Blizzard’s Diablo series on PC and consoles. That being said, the types of games classified as roguelike differ depending on who you talk to. Purists will argue that any game diverging from the core elements of the genre is not a roguelike.

Semantics aside, there are some great rougelike experiences on the App Store. If you’re after an accessible (well, as accessible as can be) roguelike experience, look no further than Hoplite, 100 Rogues or Cardinal Quest. These games tend to incorporate many of the traditional dungeon crawling, hack’n’slash characteristics of the roguelike genre, but have balanced numerous issues to appeal to a broader audience.

For a slightly different experience, you might want to explore the Isle of Bxnes. This traditional roguelike titles showcases the best elements of the genre, with brutal difficulty and randomly generated maps. The game departs from the traditional concept of a roguelike with real-time gameplay and modern (technically 90’s looking) graphics. You can read our review of Isle of Bxnes and our Top 10 Tips for gettting started.

868-Hack, which made it into our Top 50 iPad Indie Games of 2013, is also a great find, shaking up the traditional roguelike setting by putting the player in control of a computer hacking program. But if you’re a real glutton for punishment, POWDER is billed as a traditional roguelike adventure, complete with all the trappings that purists gleefully cling to.

As you might expect, rougelike games have traditionally appealed to a fairly specific audience. The prospect of brutal difficulty and permadeath is not everyone’s idea of a good time. But there are good reasons for you to move out of your comfort zone and give roguelikes a shot. The depth of complexity and tactical prowess required to come anywhere near close to finishing a roguelike game requires a herculean effort. But as the old adage goes – no pain, no gain. Roguelikes offer an incredibly deep sense of satisfaction that only comes from completing a game that almost crushed your spirit. It also strips the RPG down it is bare basics; quest, fight, loot and die. Challenge yourself and try one out. You might be surprised at how deep the rabbit hole goes.

What roguelike titles have you enjoyed the most on iOS? Did we miss any hidden gems we should know about? Let us know by sharing through our social networks! 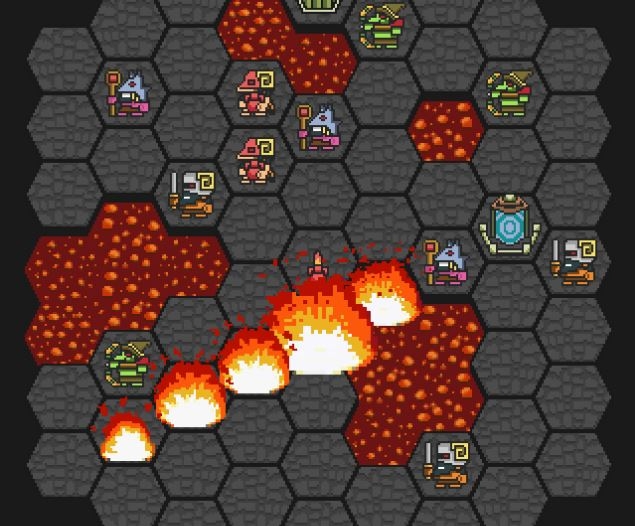