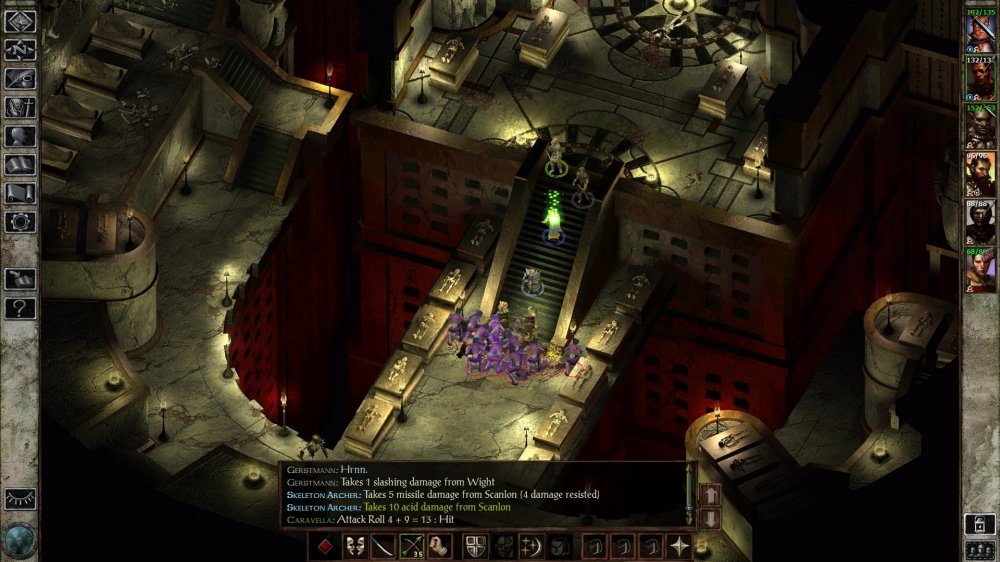 Developers seem to be really taking to the "enhanced" editions with gusto after a run of such reveals this year. 2014 has so far seen the FTL: Advanced Edition come to iPads, and announcements for an Out There Omega Edition and a Shadowrun: Dragonfall Director's Cut. Now old-school RPG classic Icewind Dale is joining the trend.

Beamdog Studios is no stranger to enhancing old game experiences, already counting much-loved RPG classics Baldur's Gate I & II to Apple's tablet. The studio, in conjunction with Wizards of the Coast - who we recently interviewed as part of our massive Magic 2015 cover story in Episode 6 of Grab It - is working on Icewind Dale: Enhanced Edition, which is being targeted for an October release on iPad.

An enhanced edition would of course be nothing without enhancements, and Icewind Dale has plenty of those. A dungeons & dragons title at heart, the game is set within the Forgotten Realms universe, and this new edition will bring new spells, items, armour and weapons to the mix, with no less than thirty new kits and classes to explore. You'll be able to adventure with friends via co-op cross-platform multiplayer, and explore quest content cut from the original PC game when it released way back in 2000. To top things off, the Enhanced Edition includes the Heart of Winter and Trials of the Luremaster expansion packs.

Yep, it deserves its enhanced moniker. October is the time RPG fans, so clear your schedules.

In preparation you can grab the Baldur's Gate games from the links below, but good luck getting them finished before Icewind Dale lands, as they are big, fat, deep adventures.

There is more to iOS gaming than Angry Birds folks, not that there's anything wrong with that.