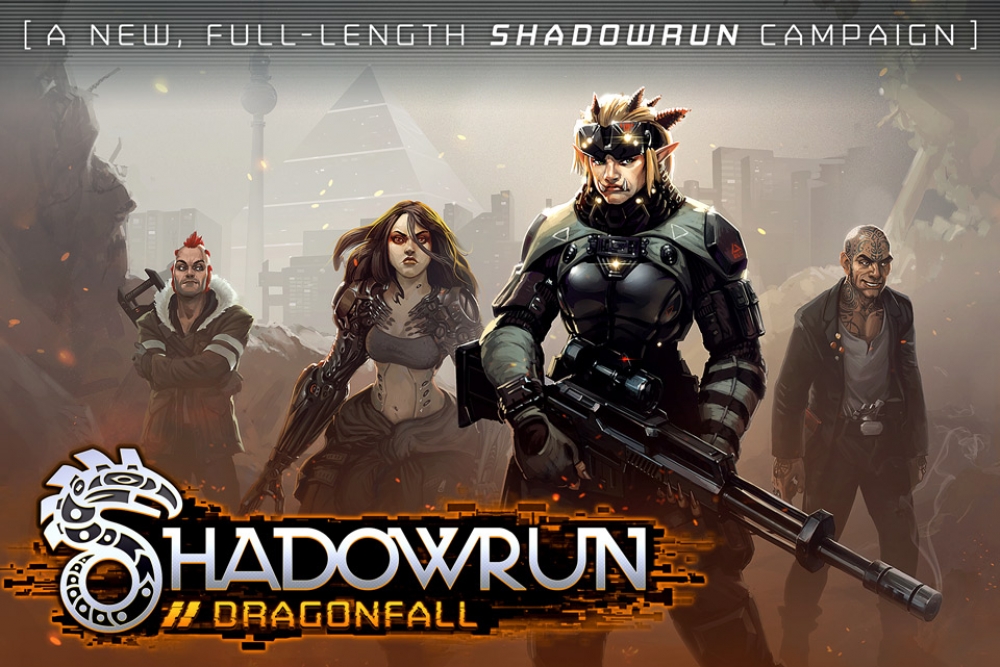 The Shadowrun series started life in the good old 1980s as a tabletop game, and moved onto consoles in the '90s via the SNES and Mega Drive. More recently, our iPads were treated to the isometrically viewed, tactical RPG in the form of Shadowrun Returns.

Known for its mash-ups of real-world and fantasy settings, and its deep, engaging storylines, the series seems to be going from strength to strength following the release of the Shadowrun: Dragonfall expansion on PC, Mac and Linux earlier this year.

iPad gamers have been forced to sit on the sidelines whilst others enjoy this latest instalment, but not for long. This weekend developer Harebrained Schemes announced it is targeting October for an iPad release of Dragonfall as a standalone Director's Cut experience. Happy days!

Now would be a good time to immerse yourself in the cyberpunk, turn-based tactical RPG world of Shadowrun Returns in preparation for Dragonfall. You can grab it right here.

It's a great time to be gaming on an iPad, with the recent release of BioShock, and the imminent release of iOS 8 - which we're anticipating will bring with it all sorts of gaming goodies, ports and surprises. Stay tuned folks, Q4 2014 is going to be huge for iOS gaming.

For now, check out the PC trailer for Shadowrun: Dragonfall Director's Cut below to whet your appetite.