Today, Canadians, Australians and Kiwis (that’s a New Zealander by the way) are happily angry. Rovio has soft-launched its new title Angry Birds Epic onto iOS in these nations (grab it here if you pass the residency test). A spin-off from the bird-flinging arcade antics of the previous titles, it delves into the hardcore realm of a turn-based RPG. It may not look hardcore with its thick coat of icing - all rosy colours, inoffensive characters and sickeningly sweet sounds - but to the Angry Birds faithful, it could be about as hardcore as they’ve ever gone.

Angry Birds is the biggest selling game in the history of ever – look it up, it’s in the Guinness Book of Records. Last time I did, it said two billion downloads. It has been the entry point for hundreds of millions of new gamers and for many, the end point too. Maybe some branched out and played a Cut the Rope, a Fruit Ninja or other likeminded success story that offers cheap, fun, easy, thrills, but how many went on to explore a deeper gaming experience? Who examined the concept of avatar death in the stunning Continue9876543210?, or set off across the seas in epic adventure Oceanhorn, or battled the threats of the far reaches of space in Out There?

Looking at the charts, not nearly enough.

Angry Birds has shown that there are potentially billions of eager gamers out there who just don’t know what they’re missing. Who see gaming as a swipe on a screen and little more. Who could be investing in the thousands of brilliant indie studios around the world creating and releasing stunning slices of entertainment on a weekly basis. This is exactly why we created Grab It – to try and bridge that gap and get people to not just find a game, but to learn about those who made it. (Discover more about the 15-hours of content in issue 1 here).

So why should gamers celebrate Angry Birds Epic? Because it’s bridging the gap. Even if it is just a little bit, it’s introducing this new generation of players to deeper gameplay mechanics and opening the door to more experiences. It’s saying, “hey guys, did you know games can also do this?” It’s inviting further exploration of the App Store and the games it offers. Angry Birds Epic, and even last year’s kart racer Angry Birds Go!, will monster the charts and no doubt make millions for developer Rovio, but underneath all that icing is a much larger cake. And Angry Birds Epic may help more studios get a piece.

And more cake for the indies, means more presents for us.

Why not check out our series, The ABCs of RPGs to find more titles in the vein of Angry Birds Epic, or explore our 50 Best Indie iOS Games of 2013 for a host of great experiences. And be sure to check out Issue 1 of Grab It Magazine to learn all about the games and game makers producing quality experiences. 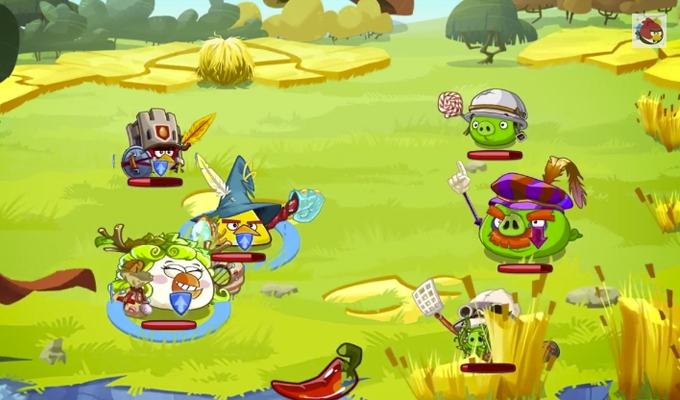