Does Time Magazine's notorious cover really bode so ill for the future of VR? 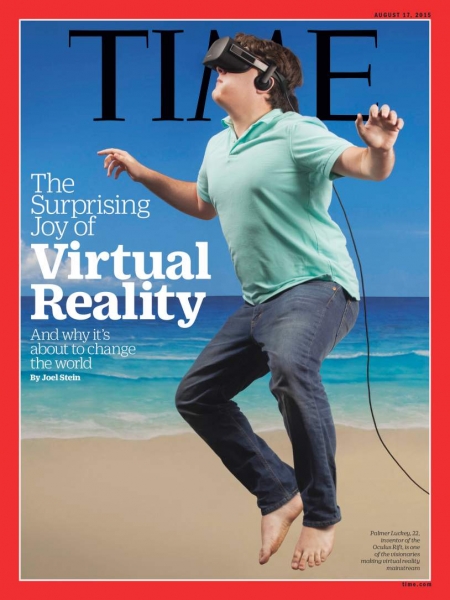 Stereotypes have been dying a painfully slow death throughout the ages. From the accusations of witchcraft levelled at any woman who dared stand up for herself in the 17th century to the lingering assumptions that Asian heritage comes pre-packaged with superintelligence, people have long sought to homogenise the things they don't understand in an effort to consolidate their world view. It made sense back when we lived in caves, where the shapes in the shadows really were out to kill us, but in civilised society such a heuristic approach is no longer applicable. Books can no longer be judged by their covers alone. Well, that's the mentality we strive for. Evolutionary traits are hard to shake, though, and there is still plenty of prejudice alive and kicking the world over.

Many gamers are no doubt intimately familiar with the preconceptions of those to whom games make no sense. Despite its growing acceptance, gaming still suffers from a slew of generalisations that cast it in an unfavourable light. Whether it be the Nintendo effect and the belief that games are only for kids, or the equally absurd Grand Theft Auto controversy and the claim that games are turning us all into murderous villains, the public perception of video games has a ways to go before it reaches the normalcy of the other mediums in the entertainment industry. 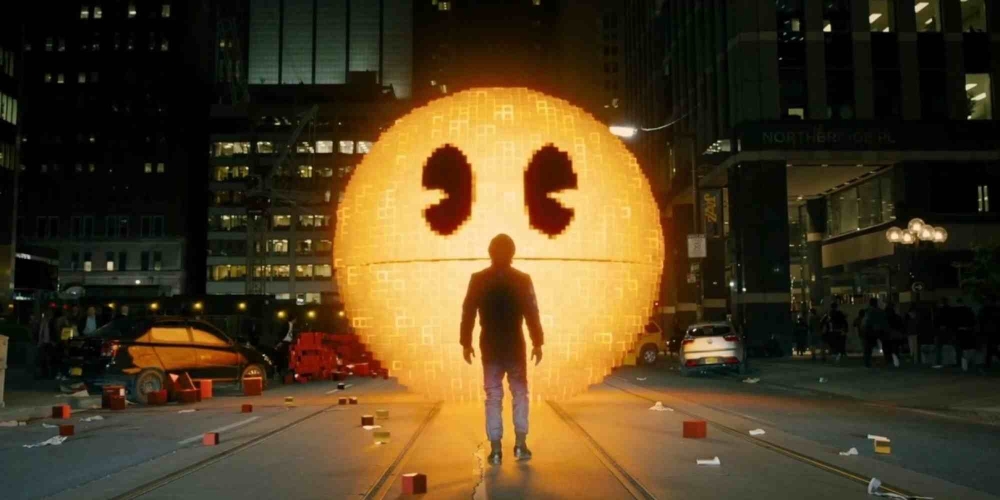 Those mediums certainly aren't helping the process, though. With the insulting mess that was the movie Pixels degrading industry icons like Pac-Man and Donkey Kong, and TV shows like CSI and Law & Order propagating the image of the dungeon-dwelling, glasses-wearing computer nerd, it's no surprise that the average person continues to view gaming as a "phase" you grow out of. It probably doesn't help that the shift from physical to digital distribution, while financially beneficial for gamers, inhibits the general public's exposure to the industry, thus obfuscating the true scale of gaming and its expanding community.

Now, like all stereotypes, the image of the Cheeto-devouring keyboard-masher will eventually wither away as the generations born into Mario and Minecraft replace those that view games as foreign entities upsetting the status quo. That's still a while away, though. In the interim, it would be nice to see more of those misconceptions fall in the face of familiarity. It's high time GTA stopped being the generic example of a "mature" game; Gone Home, The Last of Us, Heavy Rain and The Witcher 3 are all far better representations of games dealing with adult themes. Unfortunately, when a lauded mainstream mouthpiece like Time Magazine decides to broach a bleeding-edge subject like virtual reality from an outdated, stereotype-driven perspective, any hope for meaningful progress in public perception seems lost.

For those who might have missed it, the September issue of Time Magazine was recently unveiled to a collective groan of embarrassment from the video games industry. The magazine's cover features Palmer Luckey, the creator of the Oculus Rift VR headset, in front of a woefully fake beach backdrop, wearing his creation and assuming a flighty posture that can only be tactfully described as unflattering. It is clear the image was intended to evoke a sense of awe, wonder, and escapism, but in practice it just comes off as cheap and degrading. For the record, Palmer Luckey has stated that he personally loves the cover, which is good to hear, but the thing is he's not the only one with a stake in how the image is viewed. Virtual reality itself is vulnerable to the impressions the cover conveys.

Also Read: Will Someone Die Playing a Game Inside Virtual Reality?

For the majority of Time's audience, this article will be their first exposure to modern VR. First impressions hit hard, and the feelings they take away from the piece will shape their opinions of the technology going forward. Confronted with such a seemingly dismissive image, what is the average reader going to think? A grown man prancing like a child, superimposed over a stock photo taken from a Windows 95 screensaver - clearly VR must be similarly gimmicky and throwaway, right?

Things get even worse inside the article proper. Palmer Luckey is referred to as an atypical nerd, one with the capacity to talk in normal sentences and effect a cheery demeanour. Unlike the D&D-obsessed dork the article claims is de rigour for the tech industry, Luckey is positioned as a regular guy who just also happens to be a genius. He is bucking trends and making the inscrutable industry relevant to "real" people.

The reaction from the apparently robotic tech industry has been understandably indignant. As soon as the cover dropped, the internet blew up with photoshopped parodies featuring Palmer Luckey riding the dragon from The Neverending Story, mimicking the "phone home" scene from ET, standing with Leonardo Di Caprio at the prow of the TItanic, and many, many more. Along with the satire came plenty of raw ire, with some prominent members of the industry proclaiming that the ham-fisted tone of the coverage signals the premature death of VR amongst mainstream audiences. By employing negative stereotypes and approaching the subject with a stubbornly sceptical bias, the article intended to reinforce the archaic notions of what gaming and "geek" culture entail. 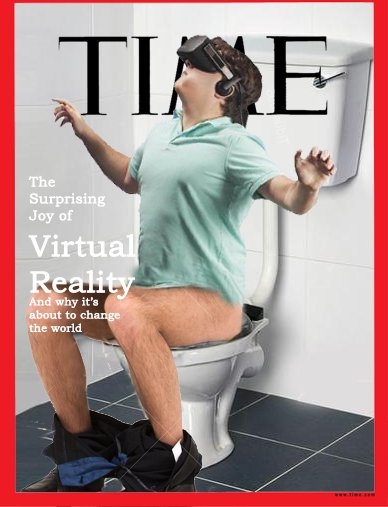 Ugly as the article is, though, the raft of doomsday accusations are more than a little excessive. The fact is, the general public is not going to dismiss VR out of hand due to one unfavourable image. There's no denying the cheap presentation of the whole thing, but the damage caused is far from irrevocable. The games industry has recovered from far worse - if the Super Mario Bros. movie and The Wizard couldn’t halt its advance, nothing can. In the end, the boost in public awareness easily outweighs Time's tacky, hackle-raising tone.

The magazine isn't quite as terrible as it's being made out to be, either. Consider Time's primary aim: to entice as many people as possible into picking up its latest issue. A cover image showcasing the humble Oculus Rift headset on its own or a shot of Luckey sitting down and using the device in a manner reflective of its typical operation would not compel the casually interested to reach for their wallets. Certainly it wouldn’t have set the internet alight and sparked the fervent conversation the cringe-worthy choice has. The negative nature of the reception doesn't even matter: Time's goal was to ensnare the uninformed layperson that constitutes the majority of its readership, not appeal to gamers or the tech savvy. Its reliance on provocative imagery and lazy stereotypes reflects that.

Still, that doesn't mean critical opinion is irrelevant. We gamers might not be the intended audience, but the flippant image affects us all the same. If the Time article is indicative of the way VR will be sold to the public, the likelihood of it achieving widespread rapport seems depressingly slim. Who's going to want to look like a fluttering fairy every time they plug into the virtual world? 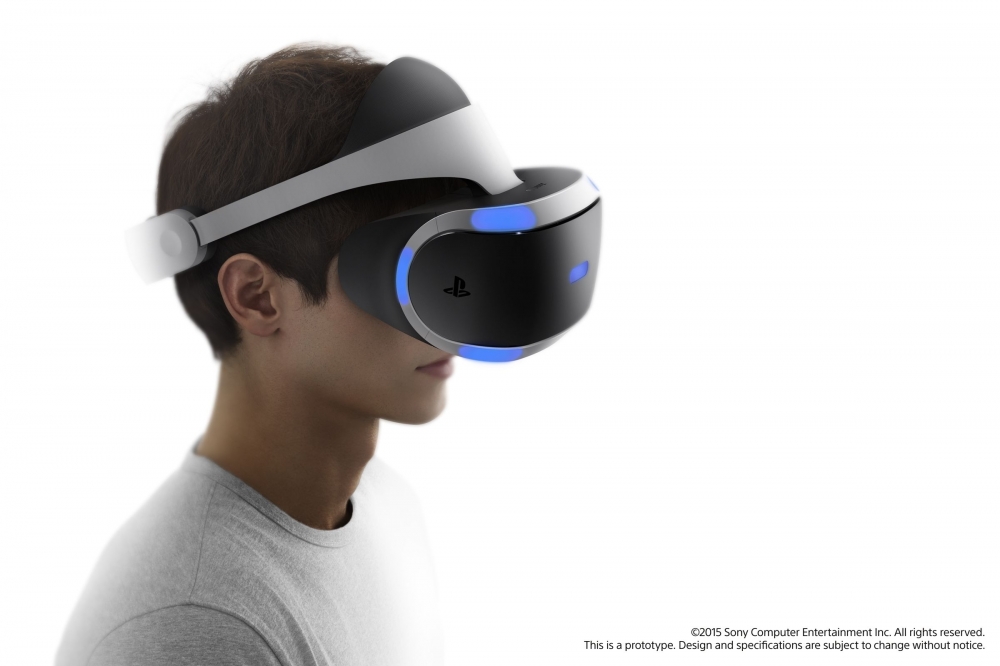 Fortunately, Time does not have sole proprietorship over mainstream VR coverage. Publications like The Australian, Reuters and Yahoo7 have reported on the applications of VR in the medical profession, real estate and entertainment, and there are myriad similar stories cropping up across a wide variety of forums. Better yet, the reports not only exhort the possibilities of VR's future, but they refuse to stoop to the kinds of shock marketing and stereotyping Time relied upon to foment interest, instead simply letting the technology speak for itself. You know, like real news. No hokey covers or nerd bashing necessary.

Time's disrespectful approach to VR warrants its own stereotype: the curmudgeonly old man, clinging to the past while the world marches inexorably by. Everything about its coverage - subject matter excluded - is pitifully antiquated, from its portrait of the "typical" geek to its condescending and presumptive tone. But while the vision of VR that it paints might be amateur at best, the apocalyptic proclamations from all corners of the tech community are equally unfounded. The kinds of people who might be turned off VR by Time's two-bit caricature were never going to be invested in it anyway. For everybody else, the virtues of VR are bright enough to shine through the mud that Time has dumped on it.

It's a dumb image, but that's okay. VR is cool enough not to care, and the embarrassing misrepresentations of a journalistic dinosaur aren't going to change that.