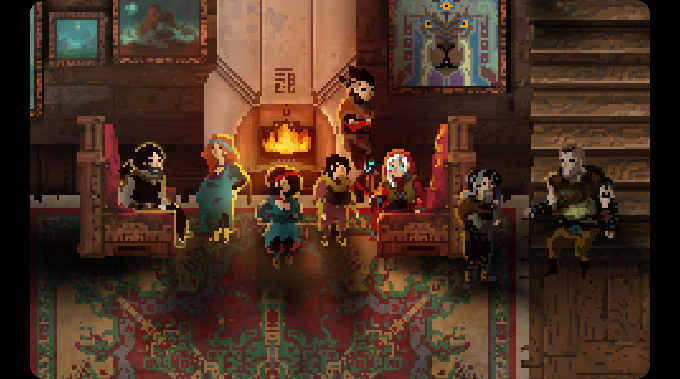 The gaming scene moves at such a rapid pace that blink, and you’ll miss it. This is especially so, when the sheer volume of heavy hitting triple-A games being released makes it easy to overlook the hugely talented, but very small indie developers. So that you don’t miss out on some hidden gems, we’ve rounded up 10 of the most exciting new indie game trailers to keep an eye on. Even better, some of these titles are already out so be sure to show your support by grabbing whatever catches your fancy.

You can read our review of Midnight Star right here; in short it is excellent. To learn more about the making of Midnight Star, be sure to pick up Episode 7 of Grab It Magazine, where we ran a massive "making of" feature on the game. If you move quick enough, we’re also giving away 100 free codes for Episode 7 – more details can be found here. Finally, you can also read our pre-launch interview with co-founder of Industrial Toys, Tim Harris.

If you’re interested in checking out other titles from Wadjet Eye Games, we recommend picking up the excellent Blackwell Trilogy (Legacy, Unbound and Convergence). You can read our review here.

Be sure to read our interview with Jukka Laakso (CEO,) JD Sorvari (lead writer) and Timo Naskali (lead programmer) to find out more as the team put the final touches on the game’s first episode.

For several more excellent indie horror games on the horizon, be sure to pick up Episode 8 of Grab It (the AUS PAX edition) where we get some hands-on time with Montas and Phantasmal, among 66 other blockbuster indies.

Children of Morta is currently seeking funding on Kickstarter, and is closing in on its goal. Head here to the Kickstarter page. For more information on Dead Mage’s project, be sure to check out our write up. We also featured Dead Mage's Shadow Blade - including a making of interview with the developer and a review - in Episode 2 of Grab It.

To Be Or Not To Be

We love Tin Man Games’ work here at Grab It, so there’s plenty of extra reading you could do. You may want to pick up Episode 6 of Grab It where we reveal our top 10 digital gamebooks on iPad and showcase a massive feature on Tin Man Games, including an interview with co-founder Neil Rennison. We have also reviewed Appointment With F.E.A.R. (in Episode 8 of Grab It) and Zombocalypse Now (on our website).

From our hands on time with Prison Architect on Steam Early Access, we've loved what we've seen. For more of our thoughts on this excellent sim title, check out our video feature Grab It's Top 5 Steam Early Access Indie Games and make sure you subscribe to our channel

To learn more about the experimental game design of Christian Etter, you should read our feature article in Episode 2 of Grab It, in which he talks us through the making of his previous funky multiplayer outing, Drei (grab the game here).