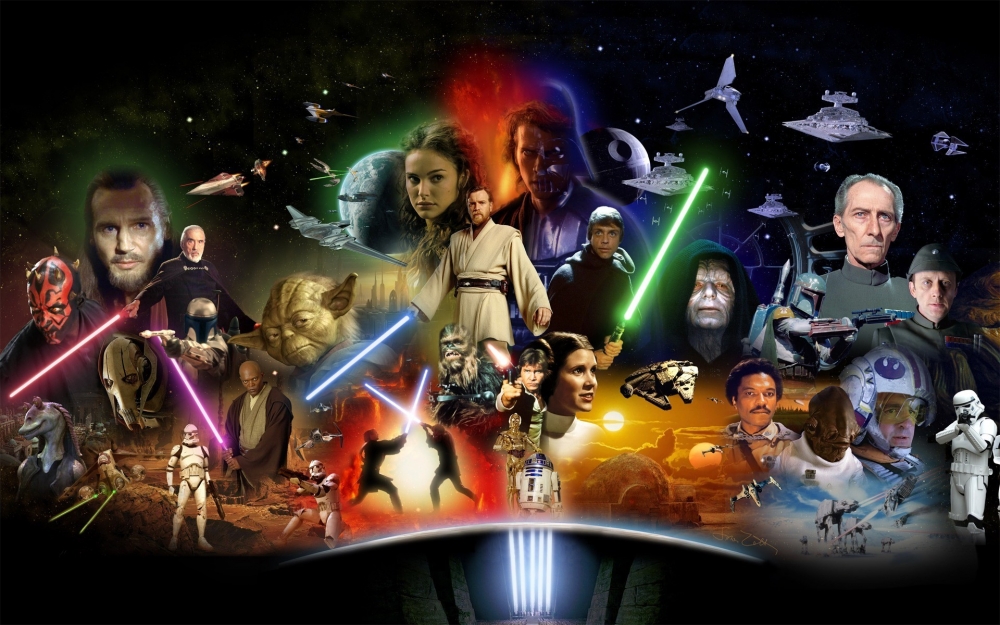 May the 4th be with these 10 games. Star Wars day may be coming to a close, but you’re a few clicks away from keeping the galaxy far, far away; close, close by for some time yet. We’ve already had two notable Star Wars games hit the iPad this year, and we’re never that far from another one finding its way to the App Store. There’s an experience for just about every taste below, and while some games may rely on you love for the fiction to get them home, others are bona fide classics.

10. Lego Star Wars: Microfighters
An old-school vertical shooter that has you blasting with familiar ships over planet locations inspired by the films. It’s reasonably challenging, too, but a little on the short side and calling out for a few tactical patches.
Grab It Now

9. Star Wars Journeys: The Phantom Menace
Taking the idea of interactive book to the next level, as well as exploring though the comic-like story adaptation of the film for little Easter eggs, you can dive into a full 3D pod racing mode. Arriving with no fanfare, we assume this will be the start of a mini-series of “games.”
Grab It Now

8. Star Wars: Force Collection
This competent card battling game is richly dipped in Star Wars lore and aesthetic. You amass an “army” of cards from 200 characters, upgrade them, arrange them on a grid for a battle and watch events unfold. The same as every other card battler then, just Star Warsier.
Grab It Now

7. Star Wars Pit Droids
This simple, cathartic and fun Flight Control inspired puzzle game has you directing robots around the pits at a pod racing event, making sure that the correct parts go to the right vehicles. It starts off simple enough, but becomes increasingly complex as levels become more convoluted.
Grab It Now

6. Star Wars: Assault Team
This card-based strategy game doesn’t reinvent the wheel, but it does provide a sturdy experience that is infinitely improved by how well it incorporates the sound and sights of the Star Wars universe. There is an inherent joy in discovering which hero or villain you’re about to discover next.
Grab It Now

5. Star Wars: Tiny Death Star
This retro-flavoured build ‘em up is built of the same framework as the excellent Tiny Tower. It has you managing, customising and constructing your own death star, building level after level of Empire inspired locations in order to earn the resources to keep your citizens happy and build better stuff. Stacked with charm and fan service.
Grab It Now

4. Angry Birds Star Wars II
By now you will know all about the sling-shotting arcade antics of the Angry Birds series, but the addition of a Star Wars theme, complete with new gameplay mechanics, Jedi birds and power-ups serves the series well. The level design is what truly stands out here, offering quite a challenge for those up to the task.
Grab It Now

3. Lego Star Wars The Complete Collection
The original outings in what has become a prolific series of Lego games, the Lego Star Wars games introduced to the rock solid core concept of simple platforming, collecting and charmingly retelling the source material’s stories through pantomime.
Grab It Now

2. Star Wars Pinball 3
Zen Studios have almost singlehandedly revived the Pinball genre and the developer’s range of Star Wars titles wonderfully tie famous characters and scenes into the ball bouncing fun. Consistently adding new tables in updates, each feels like a unique and fresh design, while providing intense gameplay and lots of side challenges to activate.
Grab It Now

1. Star Wars: Knights of the Old Republic
While age may have tired the visuals and gameplay mechanics somewhat, BioWare’s 2003 epic remains one of the industry’s greatest releases. A forerunner for the modern day RPG, being able to experience this classic again (or for the first time) on your iPad is well worth taking, especially as the port – bar some control tweaks – comes in full. Train yourself as a Jedi and sink into a story-driven, morally challenging adventure that takes tens of hours to complete.
Grab It Now