Riddle me this - what do Batman, Harry Potter, Lord of the Rings, and Star Wars all have in common? They all have Lego tie-in games available on the App Store. Lego has been building its profile on iOS for some time now and this past fortnight has seen two new releases drop.

Last week Lego Ninjago Rebooted entered the crowded endless runner race, themed of course by the titular Ninjago line of Lego. It's free, as these TV show promotional games tend to be, so why not give it a go and let us know your thoughts in the comments below? Was it worth the 84.1MB loss from your data plan?

Then this week saw the release of a very different genre of Lego tie-in, a vertical shoot 'em up in Lego Star Wars Microfighters. It certainly has some nice production values, and this super retro genre has seen some success on the App Store. Developer Cave for example has been releasing iOS "bullet-hell" shooters for some time, such as their Dodonpachi and Espgaluda games to name just two.

As always, you can click on anything that floats your blocky little boat below: 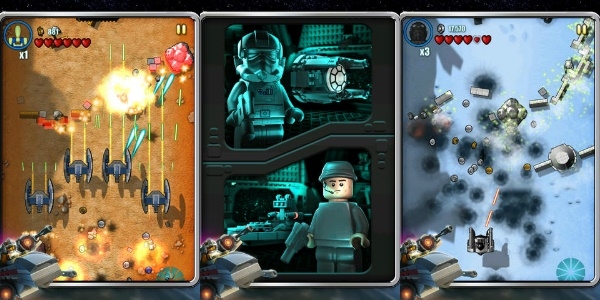