Is Satellite Reign the spiritual successor to Syndicate Wars fans have been waiting for? 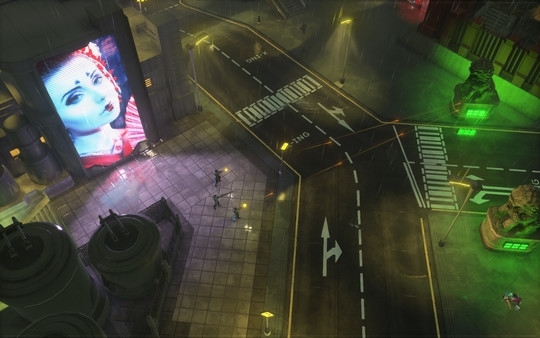 "In streets soaked with rain and neon, profits are measured in body counts. Now it's time for a hostile takeover..."

After entering Steam Early Access in December 2014, 5 Lives Studios has announced that its spiritual successor to Syndicate Wars, Satellite Reign, has now entered beta. In even more exciting news, we now have a solid release date for the full retail version. Set your alarms and get your pre-orders down for August 28, 2015. It's been a long time coming, but we're ready!

We walked away from our hands-on time with the Steam Early Access version full of optimism. In our preview, we noted that Satellite Reign was shaping up to be the true spiritual successor to Syndicate Wars fans have been waiting for.

Check out a snippet of our preview below:

"Even at this early stage, I love what 5 Lives is looking to achieve. 5 Lives has managed to capture that feeling of a futuristic, sci-fi cyberpunk city in the vein of Bladerunner or Deus Ex. Giant billboards advertising sleazy strip joints flicker with garish neon lights. Citizens rush by, eyes downcast, not wanting to be caught even giving so much as a sideways glance at their neighbour. The soldiers of the totalitarian regime cluster together flanked by the all seeing, all knowing floating cameras. The atmosphere is one of a once vibrant yet seedy metropolitan city having been trampled underfoot by the crushing oppressiveness of big brother."

For more, be sure to read Satellite Reign Is the Spiritual Successor to Syndicate Wars We've Been Waiting For.

Satellite Reign will be releasing on PC, Mac and Linux.