Activision has confirmed that the upcoming Skylanders: SuperChargers will have an online Mario Kart-like racing mode, but very little is available out of the box. 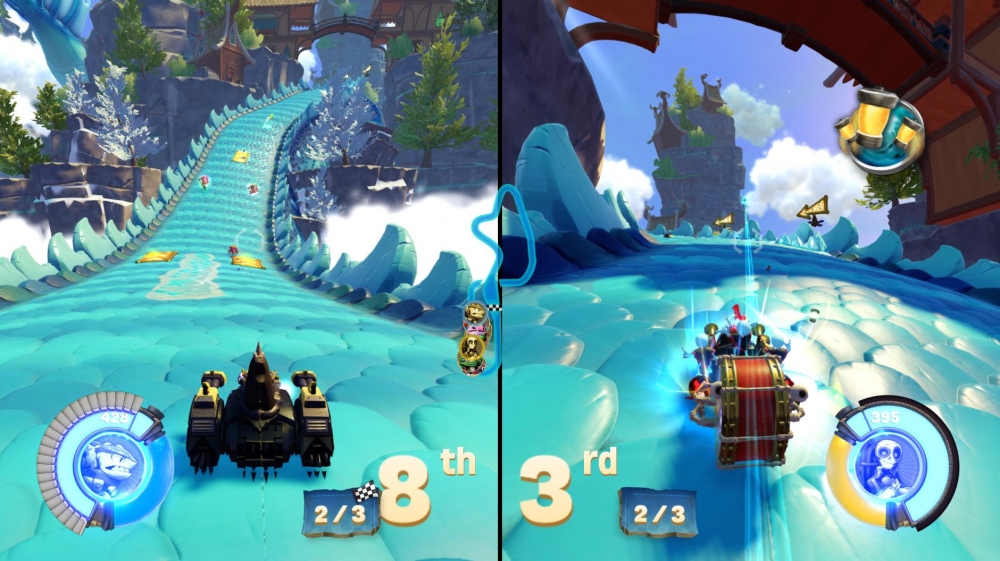 Today Activision confirmed what many had expected – the new vehicles coming to Skylanders: SuperChargers will do more than just provide some gameplay variation in the story campaign. A Race Mode will allow for a Mario Kart like experience via two-player splitscreen or four-player online multiplayer. Global leaderboards, time trials, online matchmaking and boss battles are promised.

Also Read: 16 Things I Learned About Skylanders: SuperChargers from my Hands-On Demo

We had a chance to play it today and it sticks to the genre template as you’d expect. There’s boost pads, power-ups, shortcuts and miraculous come from behind victories as eight karts (with bots making up the numbers) doing battle. The air, land and sea based tracks remain separate – no category jumping mid-race a la Sonic & All-Stars Racing Transformed – and of the six tracks I played, all were circuit-based bar one point-to-point experience.

While it offers nothing particularly special from a gameplay perspective, it’s fun. The spectacular visuals, incredible amount of environment detail and interactive elements are eye-catching. While the genuinely creative ideas in the layout and obstacles help ensure it will be a very popular destination for gamers. Kids in particular will love the opportunity to compete with their friends. 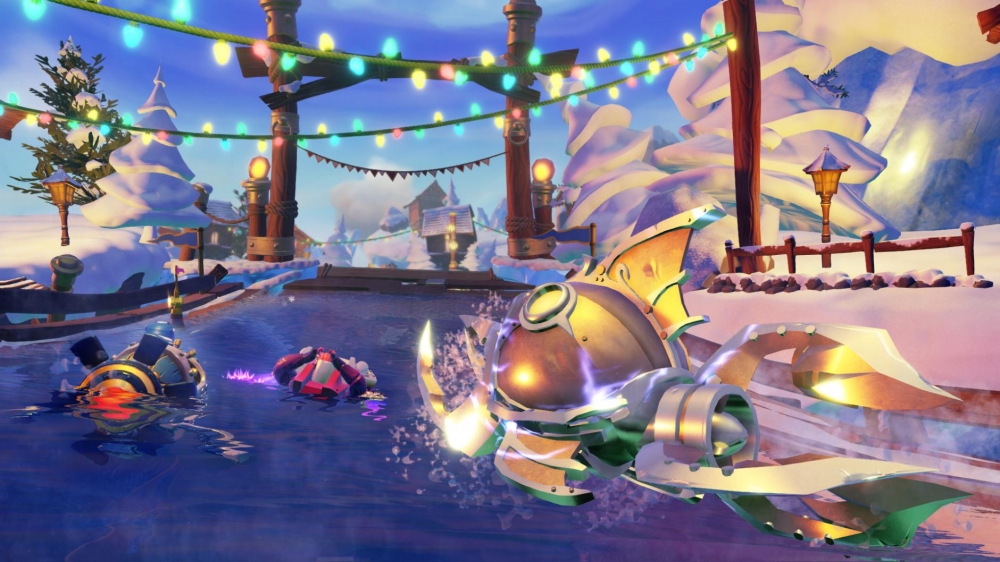 With this in mind, only having six tracks available with the Starter Pack seems like a missed opportunity. While better than nothing, six really doesn’t feel like that substantial an offering even if it is a secondary mode. It gets worse too, as you only get a car vehicle in the Starter Pack, so unless you buy additional water and air-based vehicles, you will only be able to play two tracks out of the box.

Activision has revealed a further six tracks are in the pipeline for release, separated across three Racing Action packs. As well as two tracks per pack, you will get a SuperCharger, their vehicle, access to four bosses and even new modes. We’re not sure when these will be released – and one of these may be available at launch – but this would bring the total to 12 once they are all available. A much more satisfactory number.

Skylanders: SuperChargers does have a full campaign to enjoy, which sets it apart from the likes of a Mario Kart – the latest version of which launched on Wii U with 32 tracks. But having only two tracks available out of the box on such a promising and fun mode feels like a real disappointment. For many parents, knowing that two additional purchases are required just to be able to use the full six tracks on the disc – and five additional purchases to get the full complement of 12 – is a bit rich.

Hopefully, news will surface before the September 24 release date and we'll discover that more is available as part of the initial launch.