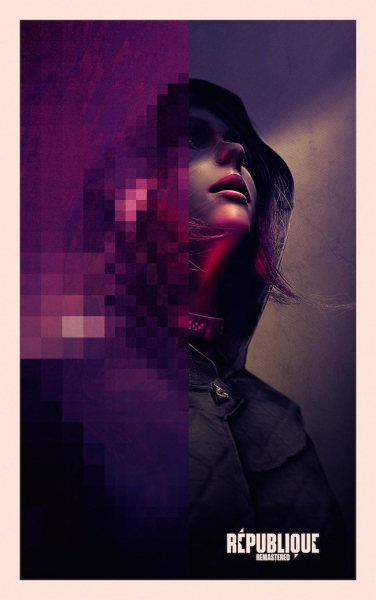 Update: The intriguing Republique from developer Camouflaj has now snuck on to PC and Mac. For a limited time you can pick it up at a 20 per cent discount on Steam (grab it here.) Check out the remastered screenshots below - which look absolutely gorgeous in Unity 5 - and find a link to our review of the iOS version.

Original story: As promised during their highly successful Kickstarter, developer Camouflaj will be releasing the stunning République on PC and Mac this Feb 26. The game is already available on iOS, with three episodes now released. The story of young Hope, lost and alone in a dystopian society, reaching out through her phone to the player character, brought triple-A gaming to touchscreens in a big way. Wonderfully voice-acted, richly detailed and stacks of fun, it mixes the stealth-like thrills of a Hitman, with the atmosphere of a BioShock.

We published a world exclusive making of feature in Episode 1 of Grab It, which also happens to be our free trial issue, so if you have an iPad there really is no excuse not to check it out. It includes a huge interview with the game's mastermind, Ryan Payton (Metal Gear Solid series, Halo 4). Grab it here. We also feature a huge interview with Unity CEO David Helgason in Episode 2 of Grab It.

The remastered version of République is being built on Unity 5, and as you will see from the images below, the difference between the two versions is impressive. The mobile game was made on Unity 4, the PC on Unity 5. The game is already a stunner on iOS, so this PC edition will be something special indeed judging by these images. As well as looking damn fine, the PC version of the game will also include all three currently released episodes - two still remain - and a new keyboard and mouse friendly UI.

You can grab République on iOS here right now, or countdown the days to the PC and Mac release.