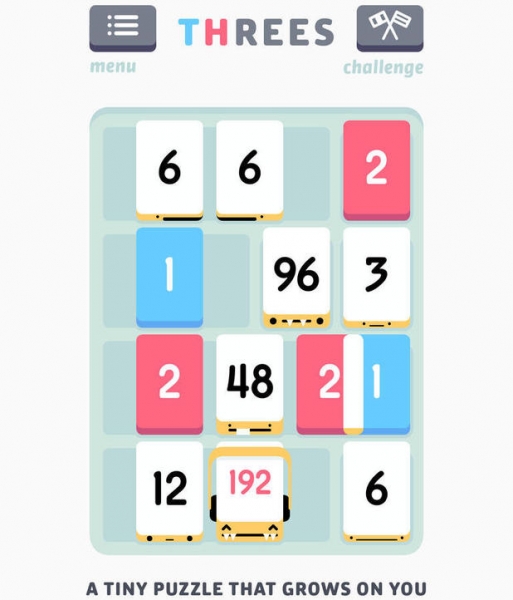 It’s not often we report on iOS games heading to other platforms, but in this case we’re willing to make an exception. Just announced at E3, Microsoft will be bringing Sirvo LLC’s surprise puzzle hit Threes! (grab it here) to the Xbox One as part of its [email protected] initiative. Developer Hidden Variable will be handing the port.

We were so impressed with sliding tile puzzler Threes! that we awarded it a spot in our Top 10 Best iOS Games of February 2014, calling it an incredibly charming experience that will leave you with nothing but warm and fuzzy feelings. For a game that's all about numbers, that's a pretty amazing feat.

Indie dev Sirvo LLC certainly deserves the recognition for their creativity and ingenuity in developing such a well rounded and endearing title. This is especially so in the wake of the devs publicly lamenting the rise of Threes! rip-offs and clones, some of which gained more attention than the original title. It's only fitting that more people should have the opportunity to experience such an amazing game.

If you haven't picked up Threes! yet, do the devs a solid and grab the game right here.