With Mighty No. 9 delayed for a second time, can fans ever have faith in Comcept again? 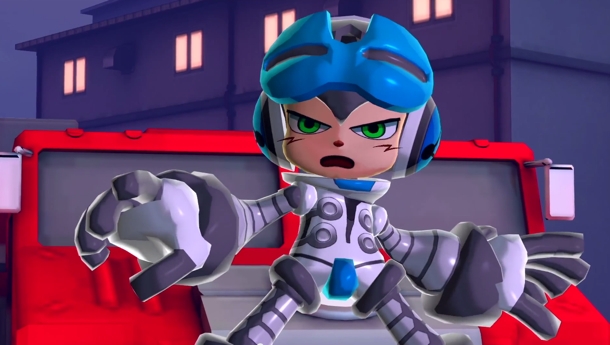 After the mess of miscommunication that was the Red Ash Kickstarter, you'd think Keiji Inafune's development studio Comcept would have learned a thing or two about respecting its fans. But no. Tight-lipped for weeks now on the rumours concerning delays to its first Kickstarter project, Mighty No. 9, the company has finally come out and confirmed that the Mega Man-inspired title will not see the light of day until sometime during the first quarter of 2016. The game was initially slated to arrive back in April of this year, before being pushed back to September, and now again for a potential hiatus of another six months.

Comcept has cited bugs and problems with online functionality as the cause of the delay. This is troubling, given that the vague Q1 release window suggests these are not simply trivial issues. Worse, if the bugs will require up to half a year to iron out, it is unlikely that Comcept has only just stumbled upon them. The rumours of a delay that have been circulating for weeks now support this assumption. This means, then, that Comcept withheld announcing the delay during the crucial backing period of its latest Kickstarter, Red Ash. It's no wonder why. The project would probably have missed its goal by even more than the 30%+ that it did, had the troubled state of its predecessor been officially known.

The lack of courtesy on display here is woeful. Comcept is abusing the crowdfunding model with a mentality sourced from traditional publishing. That's not how it works. Fans are not solely interested in commercial success and the state of the final product; if we were, what would be the point in pledging more money to a project like Mighty No. 9 after it had already hit its funding goal? As backers, we want to feel involved in the development process, like we have influence over the shape the game will take. This requires communication and respect, two things which Comcept has ignored by not responding to queries and by opting to take on a second project with the first still in such a dire state.

Some fans have defended Comcept's early announcement of Red Ash as a necessary part of the games business, since idle developers are inevitably poor developers. This might make sense under the traditional publishing model, but things are different when it's the fans holding the chequebook. If Comcept isn't open about the difficulties of development from day one - as a studio like Double Fine was with its Broken Age Kickstarter - then how are we supposed to empathise with its troubles now? All we see is a company taking our money and not delivering what it promised.

Comcept, and Keiji Inafune, have lost my faith. I still hope that Mighty No. 9 and even Red Ash turn out to be excellent games, but I certainly won't be throwing any more of my money their way.