Update: We've since conducted an interview with the creative director at Tin Man Games about this partnership. You can read it here.

Freeway Warrior has Mad Max-like overtones, set in a post-apocalyptic world as a man - Cal Phoenix - tries to get a dishevelled bunch of survivors from Texas to the relative safety of California.

This is exceptionally awesome news. Joe Dever has already made a memorable splash on the iPad with the recently released Joe Dever's Lone Wolf: Blood on the Snow, while Tin Man Games has proven itself a deft hand in converting these old-books to iPad with plenty of new-school flourishes. Its take on Ian Livingstone and Steve Jackson's Fighting Fantasy series if quite fantastic, with Fighting Fantasy: The Forest of Doom making our 50 Best Indie iOS Games of 2013 awards.

We'll pass on more info as we get it.

- Fighting Fantasy: Blood of the Zombies 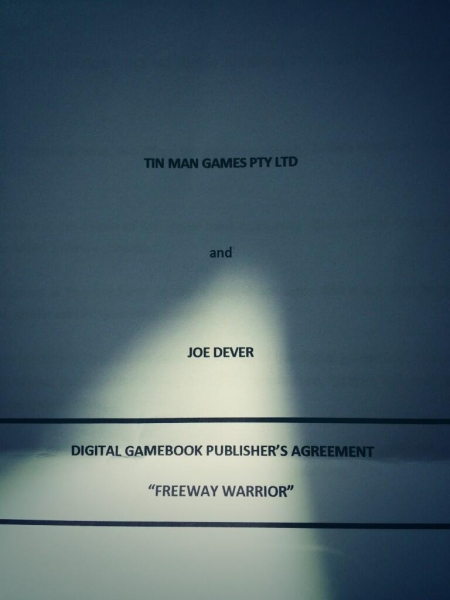