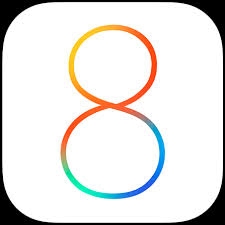 In less than a week we'll see the release of iOS 8, with its many functional additions and improvements. There is one feature that I feel has so far been under appreciated, but one which I believe has the potential to bring about a lot of positive change to the App Store environment, and the shopping habits of iOS customers. It's the new ability for developers to be able to sell bundles of apps, as opposed to just one at a time. How is such a simple change going to effect iOS sellers and buyers?

Traditionally, on the release of a new app, developers have taken to dropping the price of their other apps, or more often than not, making them completely free, in order to gain promotion and publicity. This means that years of developer's blood, sweat and tears are being given away for nothing. It has also had the unfortunate side effect of training many iOS shoppers into the mentality of waiting until a developer releases something new so they can then pick up last year's title for free, then waiting again until the next iteration and so on.

The new functionality of selling apps in bundles, however, could breathe new life and value into old titles. Here is an example:

Ravenous Games, makers of great titles such as the League of Evil series and Devious Dungeon are nearing the release of Random Heroes 3 in October - the third in their excellent run and gun action platforming series. Random Heroes 1 and 2 are currently free on the App Store, no doubt for the reasons I mentioned above. With the new bundling opportunity, Ravenous could instead keep the first and second titles at $1, release the third for $3, and then also release a Random Heroes: Legacy Edition for $4, which would contain the entire trilogy. So gamers would have the opportunity of buying all three in the series individually for $5, or save $1 by grabbing the legacy edition. Everyone loves a bargain, and years of effort poured into making quality titles would still be working for the developer by pushing up the potential selling price of a new title, rather than feeding the "something for nothing" mentality of iOS spend-thrifts.

Over time, if this sort of practice became the norm, the average price of games and apps on the App Store could be driven up, benefiting not only developers, but also customers. Higher prices and the re-training of iOS buyers, means more developers putting their efforts into creating deeper experiences, rather than $1 throw-away titles, or free-to-play IAP sinkholes. Everybody wins.

The race to the bottom may have been won by the likes of Zynga and King, but indie developers might have an opportunity to claw back some territory with these sorts of improvements to the functionality of iOS. In fact, we may even try bundling up some episodes of our Grab It digital magazine app!