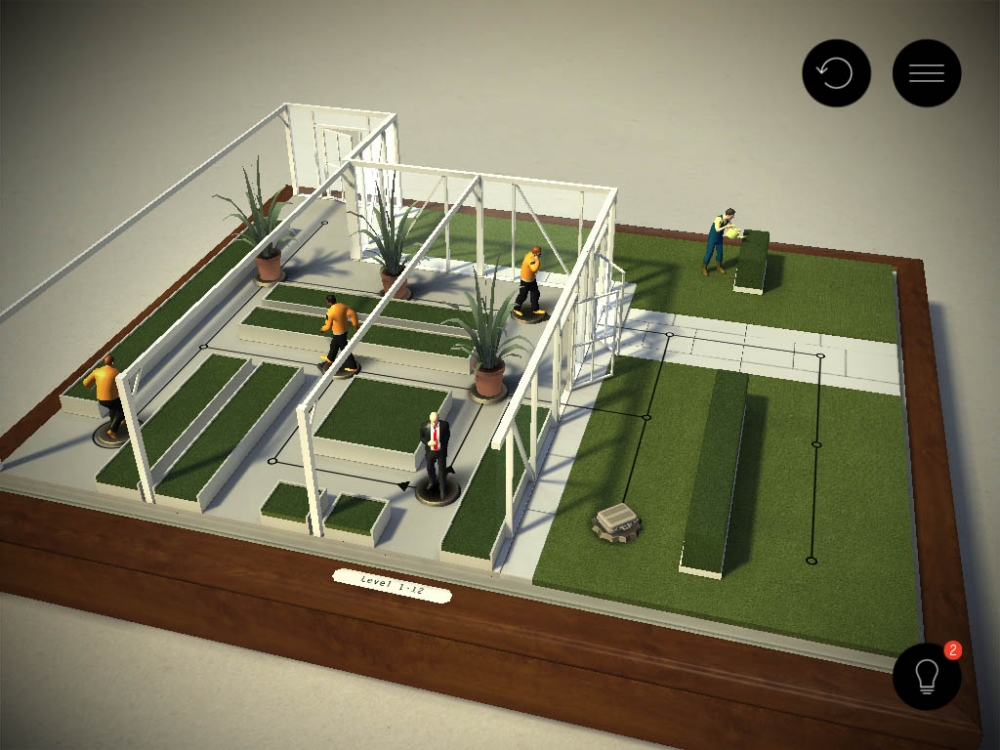 You’d be forgiven for looking at screenshots of Hitman GO and wondering just how this abstract board game look-a-like shares anything in common with the series home console third-person action stealth gaming roots. The truth is, Hitman GO represents a pure and distilled form of those original ambitions, and developer Square Enix has taken a unique and welcome approach to bringing the classic AAA franchise to iOS.

Hitman GO is a turn-based strategy game where your goal is to infiltrate various environments and take out your target. Gone are the free roaming arenas that have come to typify the Hitman experience, instead replaced with a network of dots and lines that represent your available paths. You need to carefully plan and execute your route along these lines, lest you be spotted by one of the games various enemies - this is where the true Hitman experience starts to shine.

At their core, the Hitman games are about stealth and planning, and Hitman GO takes these two themes and boils them down to their simplest form without ever sacrificing either their complexity or the sense of achievement you get when you finally figure out how to make it past that one dastardly guard.

Speaking of dastardly guards, the enemies in the game fall into different classes (represented by different coloured security jackets) based on how they move. Learning and manipulating enemy patrol routes in response to how different guards act is crucial to your success.

As is mastering the games many tactical elements such as distractions, disguises and weapons (again, lifted from the core franchise). Certain spots allow you to throw stones to distract guards, take secret passages that transport you around the map and there are even different disguises to help you blend in with the diverse hostiles.

Hitman GO is presented in a gorgeous diorama style with the level select screen offering numbered boxes that look like Lego kits. The enemies are all plasticised figurines and the levels themselves are as cleverly stylised as the gameplay. The game comes to life in vivid depictions of plastic and cardboard, which are so striking that they almost manage to make Hitman GO a success in their own right.

Despite being a little on the expensive side for an app (When did $4.99 become expensive for a video game?) Hitman GO also offers customers some IAPs that are wholly optional. You can pay small additional fees for hints if you get stuck or to unlock levels (which you can do for free yourself through completing challenges), but you can see the whole game without dropping an extra cent.

Hitman GO is a really great example of what a seasoned developer like Square Enix can do to reinvent an established franchise for a new platform. Rather than shoe-horn some clumsy 3D world onto a screen the size of a deck of cards, Square Enix took the clever route and crafted a unique Hitman experience built on the strengths of iOS. It might not be the Hitman iOS game you were expecting, but it’s a tactical move executed with as much clinical precision as Agent 47 himself.