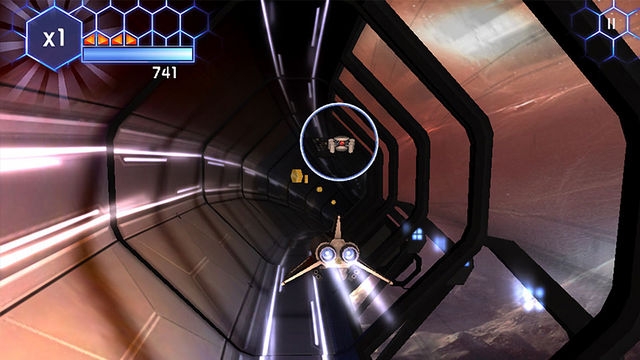 For some time now, I’ve been following with great interest the debut project from indie developer Mad Fellows called SineWave (previously known as Salvage.) If you haven’t heard much about it, SineWave is a rhythm-based tunnel shooter in which you fly forwards through a 3D world in a little spacecraft – dodging obstacles and shooting other drones – all to the beat of heavy bass warbling soundtracks. If you've played games like Record Run or Guitar Hero Mobile, the concept will feel immediately familiar. But even more awesome.