We’ve been tracking little known indie dev, Expression Studios, for some time now and we’re excited to report on its first title, the 2D adventure game Clown’s Secret. By all accounts though, Clown’s Secret isn’t shaping up to be your run-of-the-mill title. The devs over at Expression Studios have taken inspiration for their game from classic movies of the silent age, particularly the work of Charlie Chaplin. It's clear already that Expression Studios isn’t merely paying lip service to these movies either. To keep things genuinely authentic, not only will Clown's Secret be presented in black and white, there won’t be any text. Instead, all dialogue will be spoken in gibberish, but mainly presented through animations, and topped off with the classic jazz-style music we’ve come to associate with silent films.

The stars of the game are Hal and Halbert, two detectives investigating the mysterious disappearance of wealthy women in the city of Tomainia. Hal is the younger, brash and arrogant one while Halbert is the older, wiser one exuding calmness and confidence. Both characters were inspired by real silent film actors, with a twist of Sherlock Holmes and Watson thrown into the mix. By the sound of it, we can expect plenty of good ol’ fashioned slapstick comedy, with the detectives finding themselves in situations inspired by famous Charlie Chaplin scenes.

Expression Studios is taking an interesting approach to the gameplay, citing influence from top-shelf adventure games like Monkey Island, Broken Sword and Machinarium. Players will be able to interact with objects in the environment, rather than the characters themselves. When the player can interact with something, an icon showing the face of the character that can use the object will appear over it. This simplified system is intended to take the focus off the sometimes frustrating exploration element, and place it directly on the story, the funny moments and the puzzles.

For its first title, Expression Studios has set itself some pretty lofty goals. To do justice to the work of Charlie Chaplin, while channelling the creativity and enjoyment of adventure games like Monkey Island, would be enough to make anyone balk under pressure. It also remains to be seen whether the team can do enough to bring a classic movie genre to life for a modern audience who may have never had any connection with silent films. Although pantomime sure worked for Lego Star Wars.

Despite the challenges, this is one game we’re definitely excited to hear more about. Clown’s Secret is expected to drop on the App Store in late 2014. We’ll keep you updated when we hear more information. But in the meantime, be sure to head on over to the dev’s blog and check out the screenshots below. We’ll see if we can also sneak in an interview with these guys in the near future. 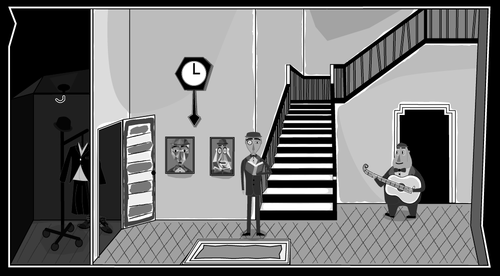 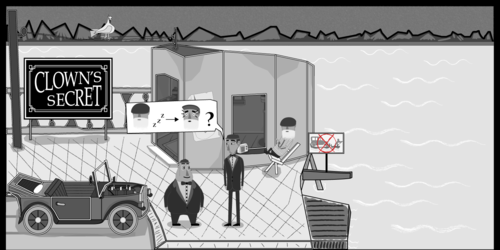 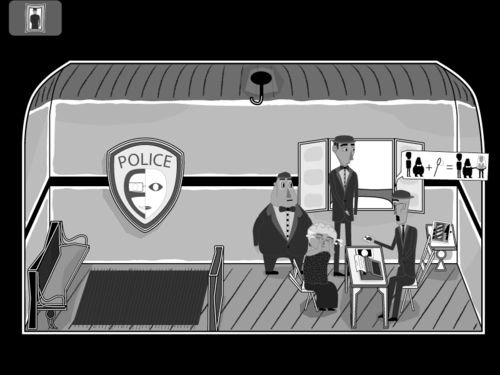