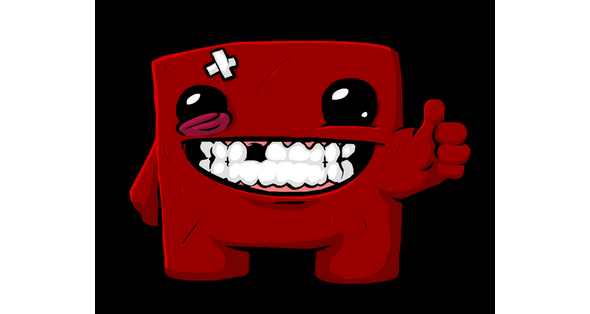 Team Meat, the two-person development powerhouse behind cult classic Super Meat Boy, has teased a new title, an iOS game called A Voyeur For September that appears to mix stealth gameplay with real-life. Or have they? Keen-eyed fans have pointed out that A Voyeur For September is an anagram for Super Meat Boy Forever, leading many to believe the new game is code for a coming sequel. Rather than respond to this discovery, Team Meat has tossed memes and other anagrams (such as Beam Toy: Rupee's Fervour) around the socialsphere. Is this truly an amazing coincidence, or has Team Meat been beaten to the punchline of its own joke?

However, there are more twists in this tale. Fans have been eagerly awaiting more information on what was meant to be the developer's next game, Mew-Genics, but that title is allegedly on hiatus until A Voyeur For September is released. Both Mew-Genics and A Voyeur For September are both listed for iOS, a format Tommy Refenes (of Team Meat) is known to greatly dislike. See the video below to see why (and mind the language). The man clearly likes to experiment with consumer psychology, so what’s the real truth of it all?

The last crumb of evidence linked to the enigma, is that A Voyeur For September is listed for PC, Mac, Linux, IOS, Android, and physical, in its listing for the upcoming PAX Indie Megabooth. This could suggest a location-based game in vein of Google's Ingress, albeit a creepier, more-likely-to-get-you-arrested Ingress judging by the trailer (also below).

So what is it folks? A covert Super Meat Boy title? A "live action" stealth game as teased? A backflip on iOS? None of the above? Looks like we won't know until the game is unveiled later this month at PAX Prime. In the meantime, why not find something fun to play in our Top 50 Best Indie iOS Games of 2014, So Far awards.