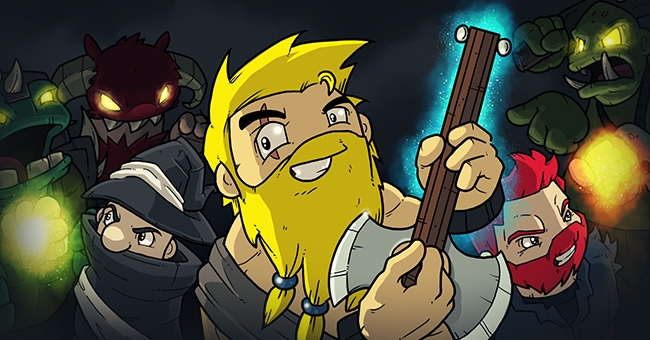 Over the past week we’ve noticed quite an interesting development on the App Store. If you were to go and download a free game, you may notice that it’s no longer labelled as “free” but rather as “get.” Maybe “free” really isn’t so “free” after all. If you’re interested in reading more about this development then head over to our opinion piece on the topic.

But with all this talk about games, we figured that you would be interested in knowing what the best games to “Get” are. So sit back and enjoy our Best “Get” Games of 2014 So Far (January to September.) Our selections - which are in no particular order - are based on not only the quality of the experience, but also the nature of any IAPs the game might have to offer.


Jet Car Stunts 2 (True Axis)
If racing flying cars thousands of miles above the earth sounds awesome (of course it does!) then you’ll definitely want to check out Jet Car Stunts 2. But it’s more than just a racing game, it’s also quite a challenging puzzle platformer that will seriously test your ability to navigate through mind-melting tracks as they float above the world.
Grab It Now

Bardbarian (Treefortress Games)
Let me be the first to admit I'm sort of cheating on this one. Bardbarian, from indie dev Treefortress, originally released in January as a paid app, but made the switch to free-to-play. However, I can't stop talking about it, as Bardbarian is one of those games that simply belongs on every iPad. Best thought of as a hybrid between a tower defence, RPG and strategy title, players take control of Brad the Bardbarian to repel wave after wave of pesky enemy invaders. With charm oozing from every pore, you'll have a lot of fun with this light-hearted, musically driven title.
Grab It Now

Fates Forever (Hammer and Chisel)
Perhaps when you think of a MOBA (multiplayer online battle arena,) the first thing that comes to mind is heavy hitting titles on PC from the likes of Blizzard. Well, the humble MOBA has outgrown its simple roots with mobile gamers able to get in on the experience in the form of Fates Forever. You may be sceptical about whether the complexity and strategic depth of a MOBA translates well to a mobile device. Rest assured, Hammer and Chisel has crafted an experience on par with any PC title. In fact, in our review of Fates Forever we called it a fully fledged MOBA experience “that stays true to the recipe that has made the genre so successful while making as few concessions as possible for the mobile experience.”
Grab It Now

* To read our full review of Fate Forever, including an interview with the co-founder of Hammer and Chisel, be sure to pick up Episode 7 of Grab It

Magic 2015 (Stainless Games)
Undoubtedly, anyone that’s been around long enough will have heard of Magic and the legacy that’s been left in its wake. However, when Magic made the jump into the digital world a few years ago, there was a yearning gap between it and the physical tabletop version. Wizards of the Coast has clearly been listening to fan feedback over the past few years, with Magic 2015 being the most refined and engaging digital iteration yet. Not only does Magic 2015 offer far greater strategic depth for fans, it is also very welcoming to new players. The effort that has gone into bringing the game closer to the beloved real-world version pays off in spades, proving beyond a shadow of a doubt that Magic remains the undisputed king of digital collectible card games.
Grab It Now

* In Episode 6 of Grab It, we have an exclusive in-depth feature of the making of Magic 2015, as well as a detailed review and a guide from competition player and judge, Matt Baird, on how to get started playing Magic.

Disco Zoo (NimbleBit)
When you read the title Disco Zoo, it sounds like the folks at NimbleBit wrote down a bunch of random words, pulled two out of a hat and structured a game around the result. Known for its free-to-play management gems such as Tiny Tower and Pocket Planes, Disco Zoo looks to scratch your collecting and time management itch. This time it’s animals you’ll be collecting from around the world to place into your zoo, and the stranger the better. Dinosaurs and unicorns? Go get ‘em!
Grab It Now

Super Gravitron (Terry Cavanagh)
Beginning life as a minigame in Terry Cavanagh’s excellently hard platformer VVVVVV (there is six Vs there, if you can uncross your eyes long enough to see it,) Super Gravitron manages to be even harder in its standalone release. In fact, harder still than the man’s original claim to iOS fame, minimalist classic Super Hexagon. The extraordinarily simple premise has you dragging a little stick dude as he bounces up and down in an enclosed tube-like space. This area then fills with sidescrolling squares and you must dodge them for as long as possible. Sounds easy, but the random positioning and speed with which these squares appear will test you to within an inch of smashing your tablet. So it’s one of those games. Crazy hard… to put down.
Grab It Now

Paperama (FDG Entertainment)
Sometimes the best games are those that you stumble upon by accident. Paperama is one of those games that I happened upon by chance but which now has a permanent place on my iPad. At a glance, Paperama has a very simple premise: fold origami. But despite first appearances it’s actually quite a challenging game which will have you thinking outside the box. Each level throws down a new challenge, requiring a certain object or animal to be made within a given number of folds. It’s a more subdued experience than most people will be used to, but one that is genuinely relaxing, rewarding and just a little bit different than anything else out there.
Grab It Now

Hearthstone: Heroes of Warcraft (Blizzard Entertainment)
A special spot on this list goes to a game from that little company called Blizzard Entertainment, best known for their obscure and well kept secret World of Warcraft. All jokes aside, Blizzard could have brought its much-loved universe to iOS in all sorts of cheap and easy ways, but then it wouldn’t be the well-respected arbiters of quality we know the studio for. With collectible card battling popularity being at an all time high, Blizzard has played an accessible yet deep ace with Hearthstone. Being cross-platform means iPad owners can play against their PC owning friends, deepening the pool of competition this title is sure to own for a long time to come. The F2P structure is respectful and benign, and the iPad’s touchscreen allows you to play a card onto the field with the satisfying swipe your move intends. Why are you still sitting here reading this? Go download it, and hours later you’ll know exactly where the time went.
Grab it now

Angry Birds Epic (Rovio)
Angry Birds Epic is Rovio’s third tilt at working within the Angry Birds universe, sans slingshots. After the vehicle crafting puzzler Bad Piggies, and the kart rolling Angry Birds Go, Rovio surprised us again by creating this RPG adventure as it successfully eases newcomers into the genre’s mechanics without ostracising veteran RPG fans in the process. Thankfully, Rovio has also managed to pull this off without implementing an IAP structure that hamstrings the gameplay. Check out our review for the full details, but suffice it to say that this pirate themed slice of turn-based battling is a polished, fun and satisfying experience for RPG fans old and new.
Grab It Now

World of Tanks Blitz (Wargaming)
Already a phenomenon on PC and Xbox 360, World of Tanks brings its random battlefields of mid-nineteenth century warfare to iOS in style. Only minor concessions are made – such as smaller maps and player count – to fit the mobile environment, with smartly implemented touch controls keeping the core experience intact. Over 90 tanks can be earned and customised, and while the relatively sluggish combat may annoy fans of twitch shooters, the quickfire multiplayer battles churn you into new games so rapidly its addiction forming. This is one of those free games where you get a heck of a lot for your zero investment.
Grab It Now

* Also, be sure to read our world exclusive making of feature on World of Tanks Blitz in Episode 5 of Grab It