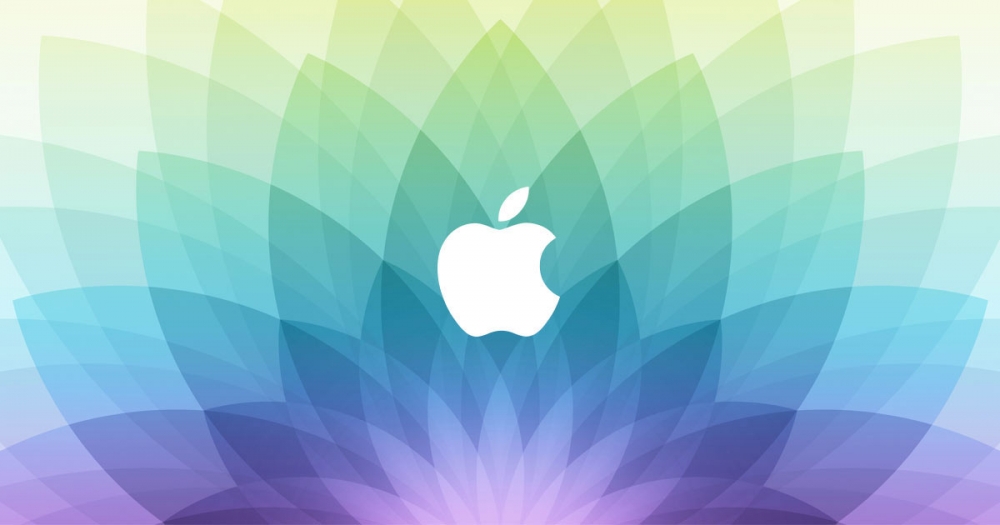 Did you catch Apple's keynote? No? Well lucky for you, Grab It has compiled everything you need to know about the Apple announcements. From the Apple Watch range, and the super interesting ResearchKit, to the new MacBook, we've got prices, we've got specs, we've got release dates and it's all here in Grab It's Apple Roundup. 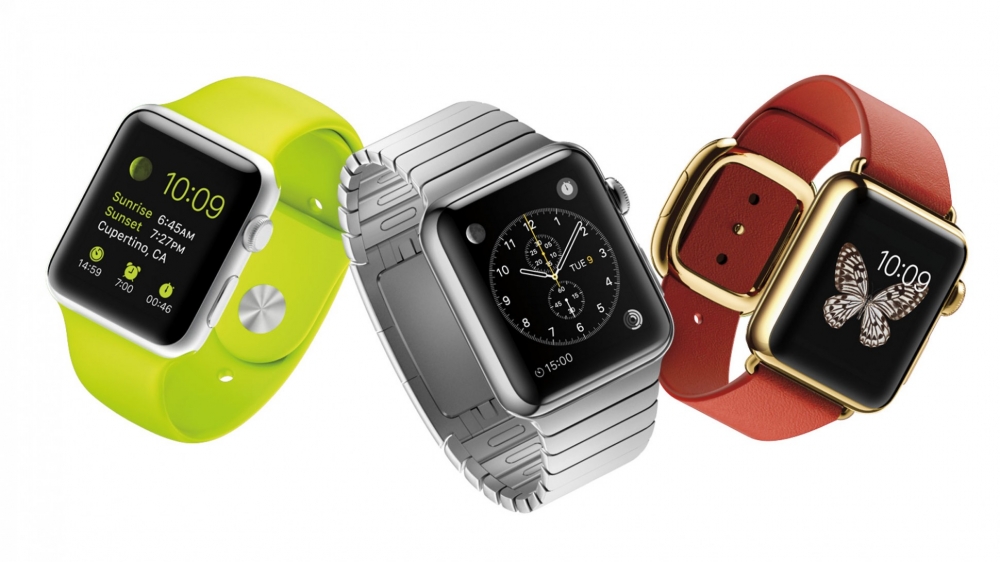 Last September, Apple promised we would hear more about the Apple Watch in early 2015, and here it is. As of April 10, customers will be able to head into an Apple store and gets some hands-on time with the sought after wristwatch. If all goes well after that first date, customers will have the option of throwing down a preorder from the 10th onwards. Then come April 24, stores across the globe will be stocked  to the teeth with Apple’s latest bling and you’ll be able to head into a store for a day one purchase. Or not, depending on whether the Apple Watch triggers the same level of mass hysteria as the company's phones do.

The Apple watch will arrive in three different models.

First there’s the entry-level Apple Watch Sport, which is kind of like the 5C of Apple Watches, as in it’s the cheapest and its “special” fluoroelastomer rubber band comes in a range of five different colours. It comes in a space grey or silver anodised aluminium casing and in two different sizes, with the 38mm coming in at $349 and the 42mm coming in at $399.

The middle-weight watch that needs no fancy title is - simply the Apple Watch. It’s casing comes in two variants of stainless steel - natural highly polished steel or space black stainless steel. The Apple Watch’s price can vary drastically depending on what band you decide to take with it. There is a leather band, a link bracelet band and a Milanese loop (whatever that is, sounds fancy). You can also get the same fluoroelastomer band seen on its cheaper, “sportier” sibling. The Apple Watch also comes in two sizes; the 38mm pricing anywhere between $549 and $1049 and the 42mm, which will cost you between $599 and $1099, depending on whether you know or care about the Milanese loop I suppose.

Lastly we have the craziest addition to the Apple Watch family, the Uncle Scrooge of modern wearables, the Apple Watch Edition. This thing is made of solid 18k gold and is only available at select Apple Stores and is probably the greatest joke Apple has ever told. With a starting price of $10,000, Apple are comparing this model to the Rolex, except that, as many are pointing out, a Rolex doesn’t become obsolete after 2-3 years. 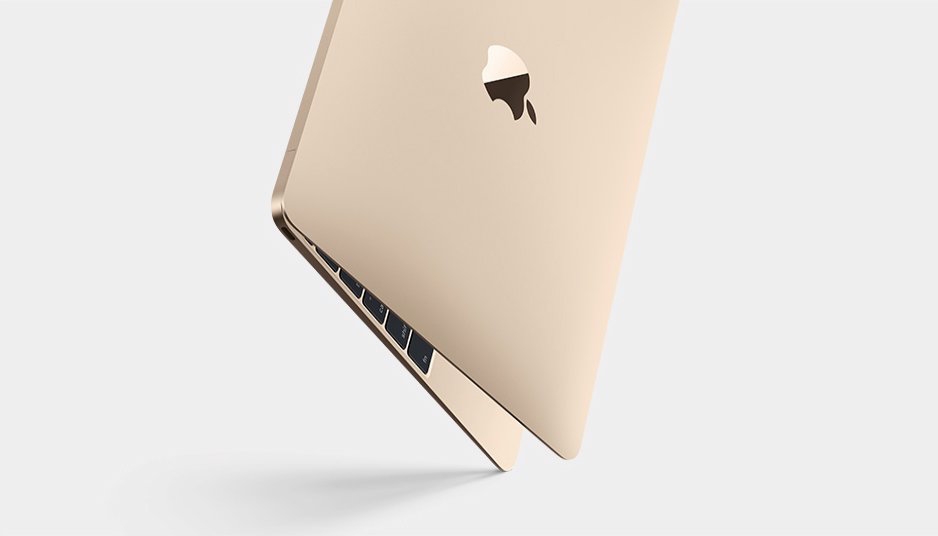 The new MacBook does look very sleek. Weighing in at just 1kg and stretching 30cm, this thing sits among the lightest laptops the MacBook Air range has to offer. Though, this machine, so far, is only known as MacBook. It has a 12" Retina Display, an overhauled “all day” battery (more space, bigger battery = nine hours of battery life), and a redesigned keyboard. The keyboard has been made thinner by replacing the LED board with individual LEDs in each key. Also inside each key is a new “butterfly mechanism” that offers a “much more precise” typing experience. There is also a pressure sensitive "force touch" trackpad which, rather than clicking, uses vibrations as feedback to let you know when you've clicked. One example of the pressure sensitive trackpad's use was demonstrated by pressing down hard on a word in Safari to bring up a related Wikipedia page. Oh yeah, and you will also be able to pick this MacBook up in Gold and Space Grey. 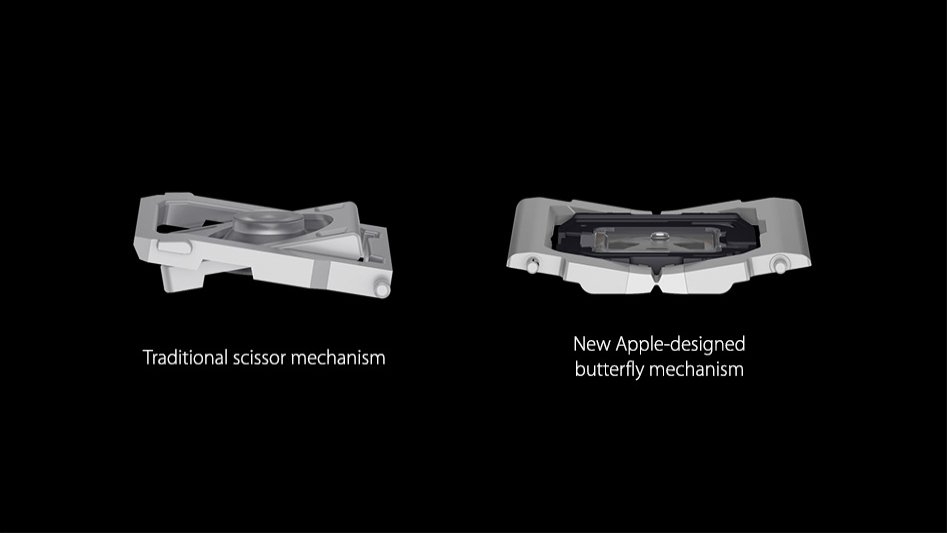 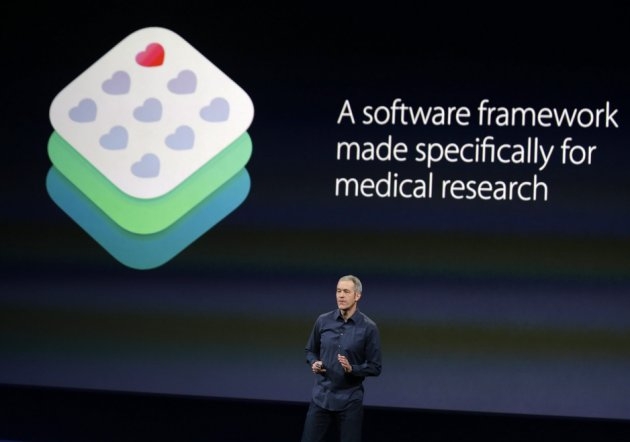 Created with the help of 12 research institutions, including Oxford and Stanford, Apple’s ResearchKit is kind of like sending your diagnostics off to App developers to improve user experience, except that you’re sending off your own medical data to improve scientific research in medicine. Pretty neat. One example given was a “rhythm-tapping” test for Parkinson’s disease (pictured below). 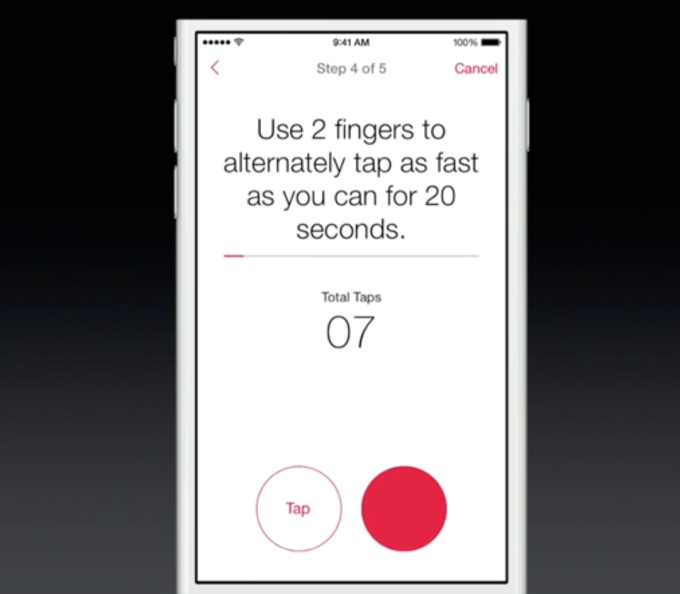 The touch sensor can pick up inconsistencies in the taps that may indicate the early stages of such a disease. Other examples include comparing the speed and posture with the help of the accelerometer, and noticing little fluctuations in someone’s voice that may indicate a health problem. These tests are matched up against that of a healthy person and sent off to a research facility.

This feature will no doubt have many conspiracy theorists crying foul, as if Apple are just weighing us up before they eventually decide to process our meaty remains for soylent green. But they needn’t worry. Apple will not have access to your medical data, and the user will be able to give permission on how their data is used.