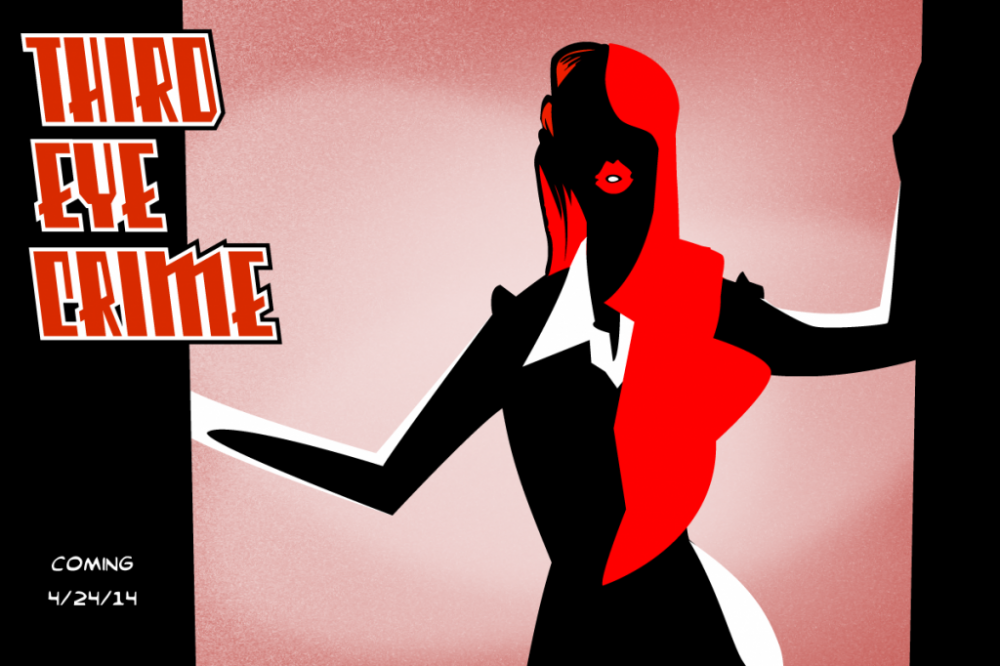 Update: Very slick looking noir stealth crime puzzler Third Eye Crime is creeping its way around the world this morning as it releases at midnight. You can grab it right here.

Viewed from a top-down angle, you'll control your psychic criminal as he attempts to evade security and carry out heists in beautiful comic book styled environments. Gameplay is a mixture of puzzle and stealth, with some tense set-ups looking to bring a polished sneakiness to our iPads.

Moonshot had previously vowed to stay publisher-free in bringing Third Eye Crime to the world, but decided in the end their strength was in game development, not game selling. Teaming with new Boston-based indie publisher Gamblyr seems to have been the piece of the puzzle needed to finally get the game out into the wild.

Founded by three ex-Bungie employees Damian Isla, Rob Stokes and Michel Bastien, Moonshot Games will be showing its game at PAX East, with a release hopefully not long after.

Check out the trailer below, and if you're keen to get your stealth on right now, awesome République - featured in Grab It free preview episode can be downloaded right here.

Also the freshly baked brand new Episode 3 of Grab It Magazine can be grabbed right here.