Can an inherent design element of books provide a simple solution to the fatigue that sets in during lengthy games? 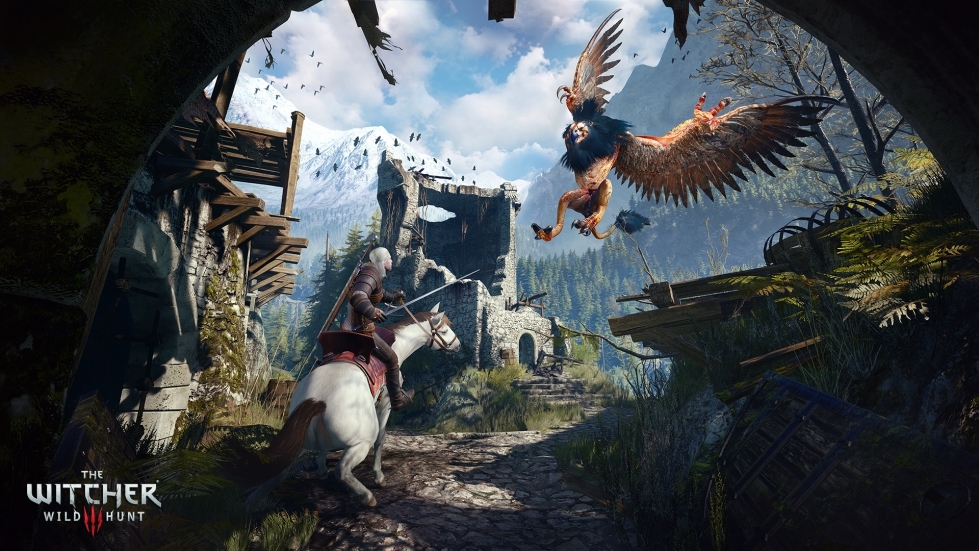 Imagine if we read books the same way we played games - instead of having access to the entire book, how would it feel to have someone handing you one page at a time, without you ever knowing how many pages are left? I’m convinced that we would make it to the last page of far fewer books if we weren’t able to see that back cover drawing slowly closer, and I believe it’s that same not knowing that creates the fatigue that sets in during lengthy games.

This is what I found myself thinking in early January this year, after finally “finishing” 2015’s The Witcher 3: Wild Hunt, leaving countless side quests untouched, and whole areas unexplored. While I thoroughly agree with all the accolades heaped upon CD Projekt RED’s triumph, my attention started to wander after the Battle of Kaer Morhen, when I realised I was far from done with Geralt’s adventures. In hindsight I can’t help but feel I would have enjoyed the remainder of the game so much more if I’d been able to see a light at the end of the tunnel growing brighter with each completed quest.

Final Fantasy VII has always been a similarly big commitment for gamers to take on, but on the original PlayStation this RPG classic was sold with four discs in the box, with each change of disc coming at key story points, effectively dividing it into four acts. Placing the fourth disc in the tray actually heightened my enjoyment as I knew the end was near, and I have fond memories of really savouring that last quarter.

In the current age of Blu-ray discs with greater storage capacity, and of course digital downloads, how can the gaming equivalent of knowing how many pages remain be implemented?

A simple solution might be to have all the main story quests of a game listed up front with spoiler-free titles, and seeing them ticked off one by one as players progressed. This basic of idea of a chapter list can then be designed in a way congruous with a game’s genre, style, aesthetic, or theme.

This is certainly not an original idea, but it is one that is sorely underused. Mass Effect 3 for example did a great job of laying out nice and early on the galaxy map the various races Commander Shepard needed to ally with in order to defeat the Reapers, meaning the end-goal was always in sight.

An artful suggestion for The Witcher 3 might’ve been to present a list of unfinished main quest titles, each accompanied with a silhouetted scene which, on that quest’s completion, was coloured to reveal a depiction of a key story point. These could’ve even been presented as Gwent cards and acted as collectible memorabilia. Carrots to draw us on, rewarding us as we go. Pass that halfway mark and we find ourselves savouring instead of growing weary of that which is no longer new.

The rise of episodic gaming - with the success in recent years of Telltale’s multiple franchises, Life Is Strange, and the upcoming Hitman to name a few - might be a revealing one. Could it be that lengthy game fatigue is partially responsible for many gamers reaching out to the alternative of a handful of hours at a lower cost every few months, opposed to a hundred hours all at once, with no end in sight?

Thousands of years old, the medium of books might hold the solution to a weakness I believe even high water marks of the gaming industry suffer from - if the quality of a game is maintained throughout, then fatigue is not caused by it being too long, but because we have no idea how long it is to begin with.