Sleepy Z Studios return to the slopes in style. 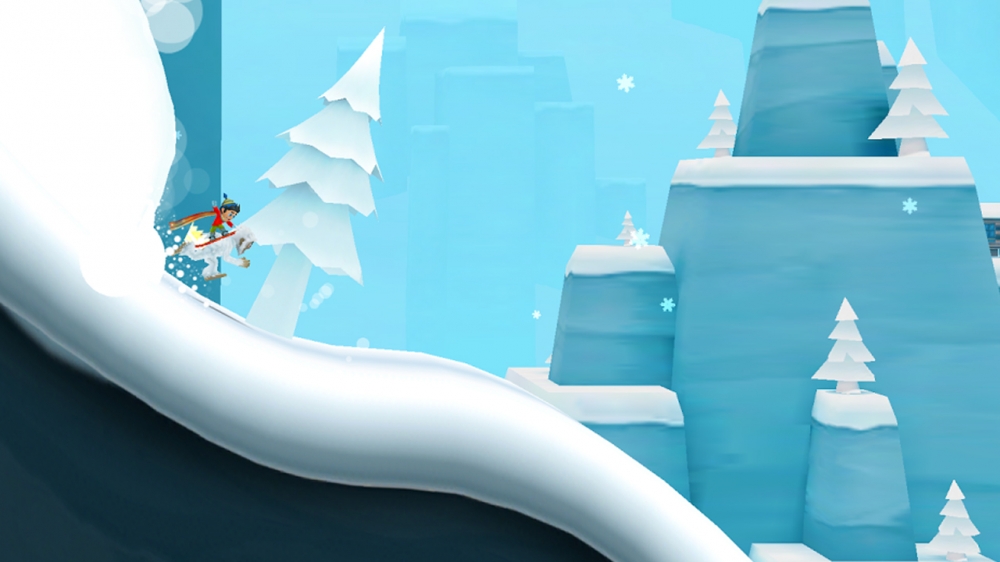 The word safari is derived from the Arabic safara, meaning "to travel." It's a wholly appropriate word for Sleepy Z Studios' series, as you sure do cover some ground. The original was a hit for the studio (and publisher Defiant Development) back in 2012, and for good reason - the sense of free flowing speed mixed well with the warm fuzzy, fun vibe. While the one-touch simplicity made it one of the genre's stand out titles. So much so we featured it in Grab It Episode 3's top ten auto-runners on iPad.

Sleepy Z has gone down the self-publishing route for this sequel, and at the time of writing the studio's humble little follow up was sitting comfortably in the number one spot for paid games on both the Australian and French App Stores. Ski Safari 2 is off and moving fast right from the get go, much like the game's main character, Sven. Should you follow suit joining the Aussies and French, by starting to sleep with your skis on? We think so, and here's why.

Thankfully nothing was altered that wasn't broken, and fans of the original will feel right at home on Sven's new skis - or his new snowboard option. In fact, on my first few runs down Penguin Peaks I was worried the only real change to warrant a number "2" in the title was a slick new coat of paint, as there didn't seem to be very much that was "new."

However, these turned out to be a few tutorial runs, and eventually you unlock the ability to try out a whole raft of new tricks via directional swiping. It's a welcome addition, as the only way to show off in the original was a simple backflip, and I'd always hoped at some point tricks would be brought to Sven's repertoire. Another nice modern touch is the inclusion of Sven's sister Evana as a playable character, and she doesn't have to be unlocked; she is selectable right from the start.

Animals and vehicles make a welcome return, getting used and abused in order to help Sven and Evana stay ahead of the avalanche chasing them down the slopes. Your bag of tricks changes depending on your mode of transportation, too, adding all sorts of ways to bulk up that score multiplier.

Each of the game's three available mountains (with no doubt more on the way via future updates) completely change your visual and aural experience. The Avalanche of Penguin Peaks will become a lava flow in Jurassic Lark, the rideable fireplace becoming a piano in Twister Canyon and so on. Even the music will vary according to each mountain's theme. Variety really is the spice of Ski Safari life.

Sleepy Z Studios has decided to swim against the stream by releasing its sequel as a paid game, and it's a wonderfully refreshing breath of clear mountain air. There are no ads to break up your enjoyment, and no timers to shut the game's door in your face. This means that collecting coins to spend on adornments for Sven and Evana now becomes a healthy game mechanic, instead of a carrot on a stick that's constantly beating you. There is a big difference.

But wait, there's more. Want a fun photo mode? You've got one. With all the potential silliness that comes from being able to ride a fireplace down a mountainside accompanied by a penguin and a yeti, the ability to take and share happy snaps of your travels just adds to the warmth and fun of Ski Safari 2. Pictured below is a not so happy snap of one of my less successful runs; yes, that's my head buried shoulder deep in the snow. 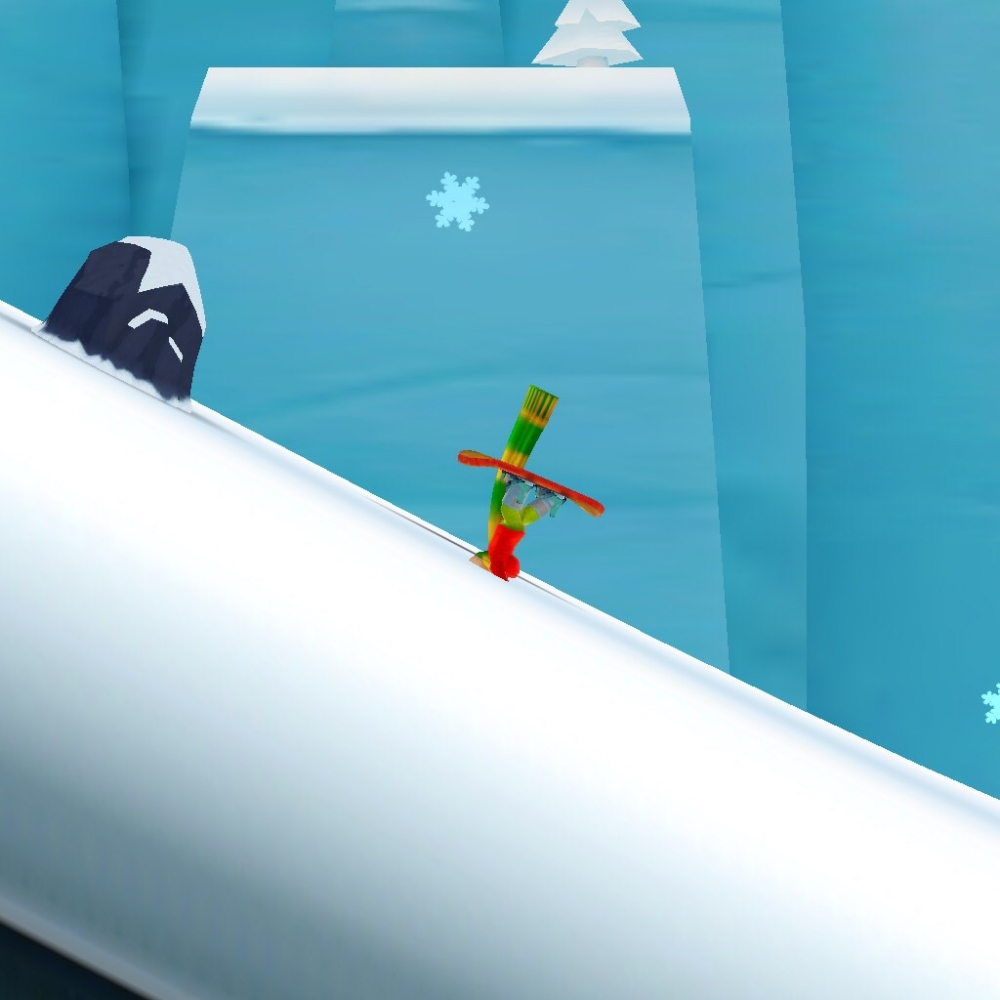 As if all of this wasn't enough, the team at Sleepy Z have even found a fantastic way to include multiplayer, which adds a whole new level of craziness. Players can go head-to-head against a friend over a local Wi-Fi network or via Bluetooth in two different game modes, both of which can be played across all three mountains.

The first will see players compete in a series of challenges, such as smashing through three cabin roofs, landing five tricks and so on. The first to win five challenges is the victor. The second mode has players racing to be the first to collect 200 rings.

Sven and Evana also get weaponised in multiplayer, as smashing crates will equip them with snowballs to hurl at each other, the ability to turn the opponent's screen upside down and much more. It's complete madness and loads of fun. Such local multiplayer ideas can be a real strength of mobile platforms, but they're utilised far too infrequently.

Ski Safari 2 pays healthy respect to the word sequel. This is no throw-together job to cash in on the success of the original - this is a beast with "more" and "better" stickered boldly and brightly on each shiny new ski.