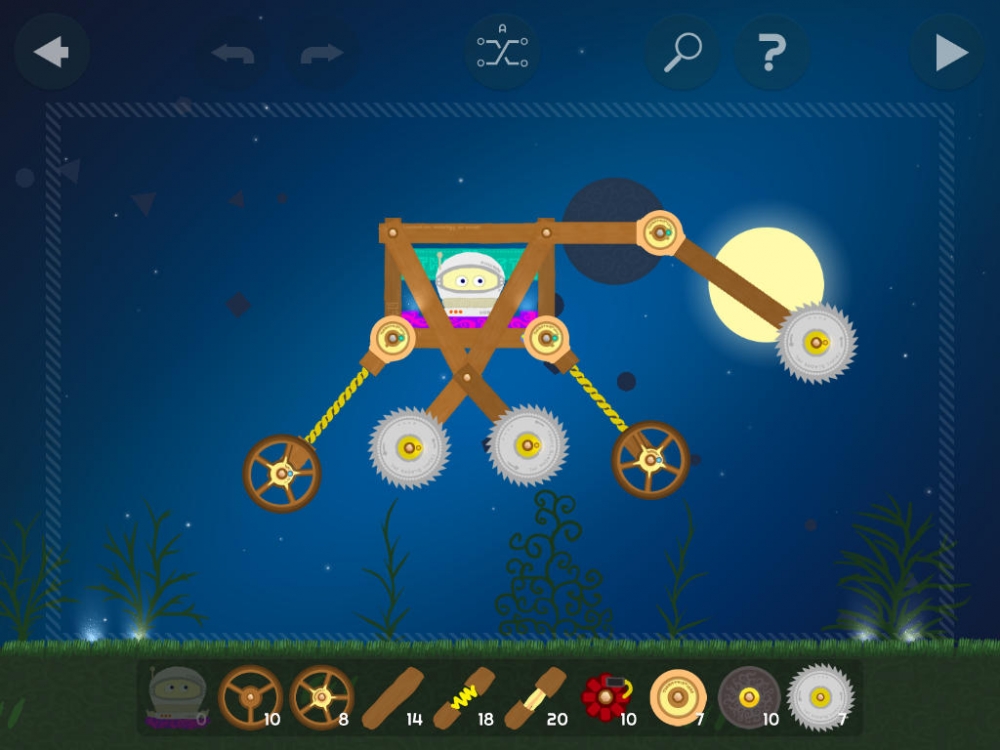 Quick Fix is a regular section in Grab It - The Game Discovery App, and it's a great place to discover new and interesting games via bitesized reviews. In our latest episode, which only just hit the App Store - you can grab it here - Quick Fix features Only One, Dandelions: Chains of Seeds, Touch Force, Cloudbreakers and Avoid Sensory Overload.

Here is a bonus Quick Fix exclusive to our website for Cosmic Mechanic, from developer Kimmo Lahtinen.

Cosmic Mechanic is a very competently made game in the style of Rovio's Bad Piggies. Lahtinen has taken Rovio's masterpiece and given it a makeover, replacing the green pig with an astronaut trying to reach portals to make his way home. You'll construct vehicles from a selection of pieces allocated to you, dragging them into the building area, and then sending them careening through the levels in an attempt to reach the portals.

There are some interesting ideas here, such as being able to control individual parts of your vehicle that have differing functions, and some imaginative level design, but I would be remiss if I didn't point out how heavily it borrows from Bad Piggies, minus that game's extra layer of polish.

Given, however, that Rovio's masterpiece was probably made by a large team with a bottomless pot of gold behind them, Lahtinen's one-man effort has to be given some credit. It's a great showpiece for the developer to have in his catalogue, and we're looking forward to seeing what his obvious talents will bring to the App Store in the future.