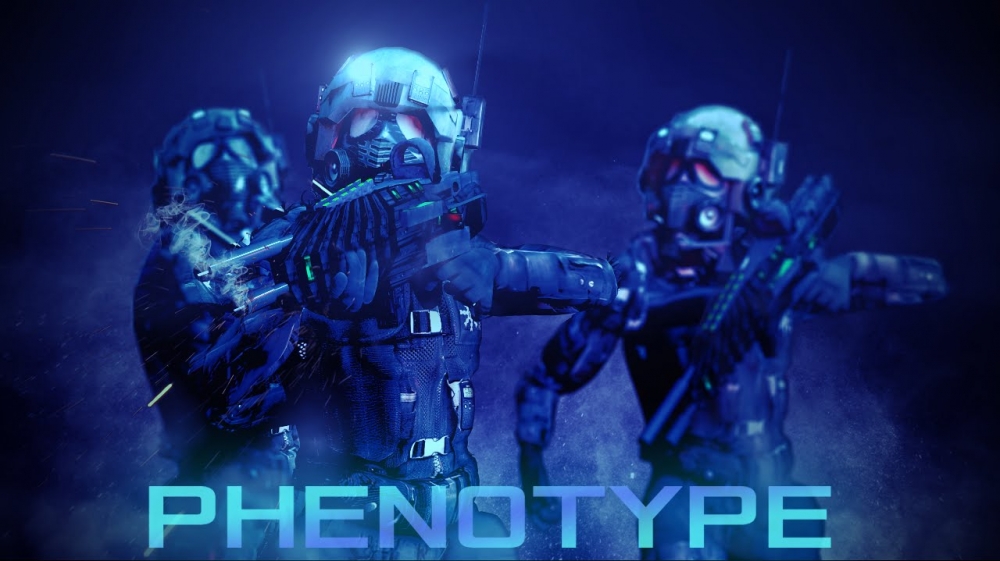 A dive into our inbox this past week saw us viewing seven minutes of pre-alpha footage for Phenotype. At first glance it looked like a reasonably promising Sci-Fi/Horror FPS with an Aliens vibe, but one that might easily get lost in the crowd. Considering the amount of Sci-Fi and/or Horror FPS titles either out or upcoming at the moment, from both indies and Triple A houses - Doom, Destiny, Call of Duty: Infinite Warfare, Superhot, Screencheat and so on - a new kid on the block will easily get swallowed into obscurity.

Once we learned that Phenotype was being built from the ground up by just a team of two, we watched the video again with a little more interest, and reached out for some more details.

“...every single pixel is authentic and modelled/drawn/animated/composed... from absolute 0,” says Marko Mladenovic, one half of the two man team making up Quantum Singularity Studio. “Our video game Phenotype is developed, still in the development phase, in Unity 5 engine with cross-platform support by default which means that the game would support all major desktop, console, and web platforms.”

It’s an ambitious project for a team of two to create what Marko told us would be “a huge world map above the underground base shown in the video,” but they seem to be off to a good start.

While the enemies in the video do look very pre-alpha, there are still some nice details to be seen in the footage. The hand animations on the gun in between firefights are a nice touch, especially one which has the avatar tap his or her helmet with a nightstick melee weapon before putting it to good use.

A pistol, shotgun, and automatic weapon are also on display, rounding out the usual suspects.

I mentioned to Marko that many independent developers of FPSs seem to be relying on some sort of unique feature to help their games get noticed, such as Screencheat’s invisibility or Superhot’s time-freezing mechanic, and asked if he planned to incorporate something to help Phenotype stand out.

Marko replied that the game’s story would be a big feature. “It's extremely difficult to have a good story, and create an actual decent video game, but I think we're on the right track to do both,” he said. Elements such as “mind control, time dilation (slow motion anomalies), upgradeable weapons, and a bunch of Hi-Tech devices” will also play their part in Phenotype’s Sci-Fi/Horror saga.

We’ll follow the team at Quantum Singularity Studio - Marko Mladenovic and Tomica Ristivojevic - with interest as they continue to develop Phenotype, and as they prepare a crowdfunding campaign intended to help them get features into the game they have planned.

Check out the pre-alpha footage below.