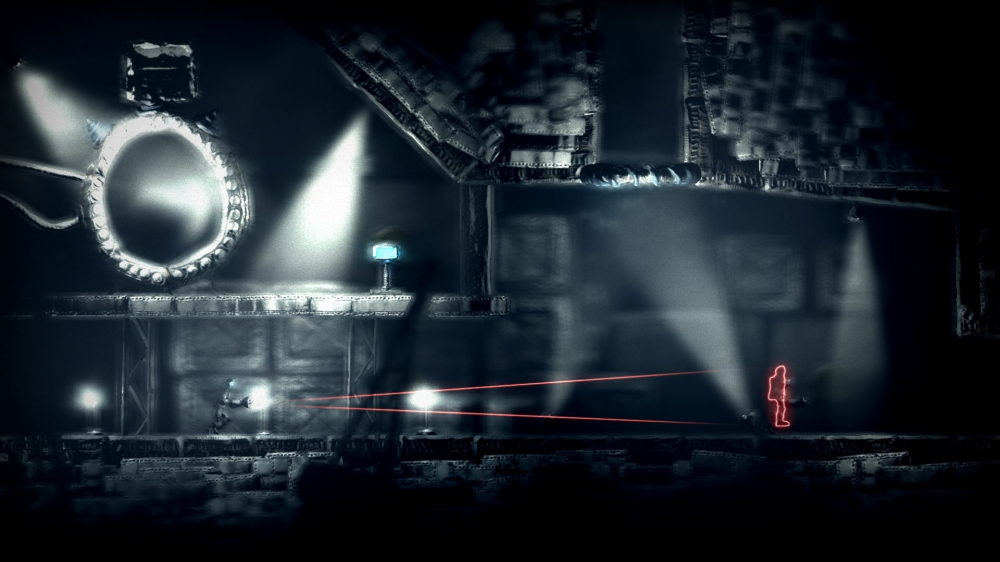 The console subscription services of Xbox Live Gold and PlayStation Plus are a great legal way to exacerbate a first world problem many gamers are fortunate to have - that of a quickly growing pile of shame.

With the monthly PS Plus games I tend to shoot first and ask questions later. I’ll download them all for a quick look, and then delete the ones I don’t intend to play immediately (or ever), as console hard drive space is a valuable commodity. Don’t forget you can download them again in the future for as long as you remain a subscriber.

January’s lineup includes The Swapper, originally developed and released in 2013 by Facepalm Games, and ported to PlayStation’s hardware by Curve Digital in 2014. About two hours in, I’m quickly realising this is a minor masterpiece that previously slipped under my radar, so I thought I’d post some early impressions on the game, and what makes it an unmissable opportunity for PS Plus members.

There is a sub genre of sci-fi movies that puts the focus on how a main character, or characters, cope internally when faced with the unknown. These films will often depict the slow deconstruction of sanity, or the attempt to retain a semblance of it, in the face of extreme adversity, as opposed to focusing merely on a main character’s purely physical and heroic adventures. Duncan Jones’ Moon and Steven Soderbergh’s Solaris are great examples of the former, whereas the most obvious example of the latter might be the Star Wars series.

If gaming has an equivalent of this more psychological sci-fi genre, then The Swapper fits neatly within it, alongside games such as the Dead Space series, and the excellent Out There.

Essentially, The Swapper is a puzzle platforming game. Not being particularly fond of solving puzzles purely for solution’s sake, I don’t tend to spend much time with games such as Threes, although I do appreciate the intelligence and mechanics behind them. I seem to need motivation in the way of a story or an unravelling mystery, in order to want to put my brain to work solving puzzles. The Swapper fits this bill admirably.

The game’s main hook involves a gun that allows the player to create up to four clones that echo the original’s movements, with the option to also transport themselves into any one of those clones. The puzzles born from this simple sounding premise gradually grow in complexity as you would expect, with the usual suspects making an appearance, such as flicking switches to open doors in seemingly unreachable places. Different coloured light (blue, red and pink) also eventually adds to the difficulty, each of which disables an aspect of your gun’s abilities.

On paper this sounds like a description of what could be a fairly pedestrian and predictable adventure, but it’s the intense mystery and dark, brooding atmosphere that raises The Swapper into more rarefied air.

The sound of my space suited avatar’s very first step, creating a cavernous reverb that implied emptiness, instantly rewarded my choice of playing with headphones connected to the DualShock 4. Equipped with a flashlight that defeated only the immediate darkness, leaving the rest of your surroundings a mystery until explored, also helped to heighten the suspense, causing me to venture forth with caution. Sound is often just a lonely piano note, a voice in the distance or an unsettling static each time you create a clone.

Diary entries and strange encounters are slowly revealing an intriguing story as I puzzle on, soon becoming the umpteenth clone of my former self, with my original character being left for dead soon after the game’s beginning. This very mechanic itself appears to be playing a part in the unfolding drama. I’m wondering if the gun’s ability to replicate my character will eventually come back to haunt me.

The environments being traversed have been created by the developers' own hands, moulded from clay and littered with real world objects substituting for parts of a planetary outpost.

All these layers - darkness with only minimal visibility, a less is more approach to the soundtrack, a story being revealed through a slow breadcrumb approach and a physical environment created lovingly by hand - adds up to an experience that, even though I'm only two hours in, I can confidently recommend as a must play.

Available until the first week of February, PlayStation Plus members are in for a treat with The Swapper.

References:
- Out There
- Threes
- Dead Space