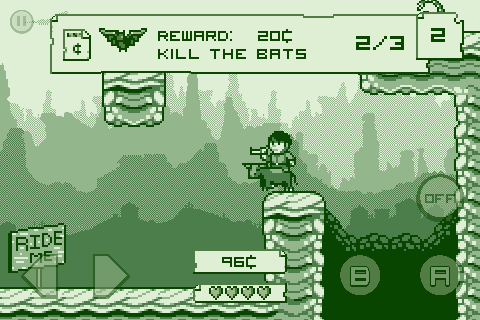 2D platforming on touchscreens has come a long way since the iOS platform's debut only a few years ago. What was previously an unwieldy experience is now a viable and an enjoyable one thanks to developers nailing down some good control methods. For some great examples check out League of Evil, Random Heroes, Nihilumbra and Dracula Twins.

Cascadia Games namecheck the League of Evil series as a direct inspiration for their upcoming 2-Bit Cowboy. Utilising the platforming engine developed for its Cavorite series, Cascadia have created bigger, explorable, more open levels for what the developer calls a "Westernvania" - thus moving away from the smaller puzzle based levels of Cavorite.

It's a similar path that Ravenous Games took from League of Evil to Random Heroes.

The developer is aiming for an "uptempo but not frenetic" platforming pace, without the pressure of timers in order to allow the player to fully explore the environments. Rides in the form of horses, bulls and mine carts will help you get around these levels.

Another fun aspect will be the ability to customise your cowboy or cowgirl with thousands of possible outfit combinations.

2-Bit Cowboy has already been submitted to the App Store so we expect to be playing it pretty soon and will keep you posted on any further developments. For some running and gunning fun whilst waiting for its release, check out Gunman Clive by developer Bertil Horberg. It also lacks colour, but makes up for it in some seriously smooth platforming and shooting action. 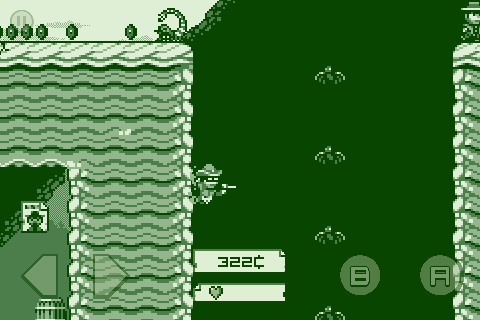