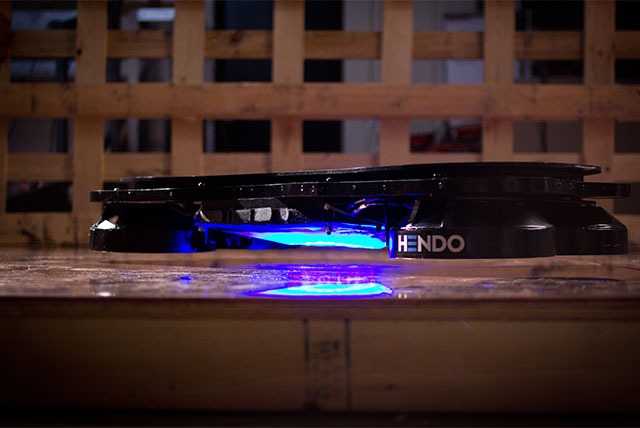 On face value, this post really has nothing to do with gaming (sorry boss), but I'm sure there will be plenty of gamers out there who will appreciate the video embedded below. Marty McFly's hoverboard from the classic '80s film Back to the Future Part 2 has become the stuff of legend. In the decades since, children have grown into adults still waiting for technology to catch up so these things could be brought into reality.

Well the video below will be very exciting for those that are still holding onto that dream. The Hendo Hoverboard is a real, actual board that hovers. Job done.

At this stage the Hendo Hoverboard needs a special magnetic surface on which to hover, so dedicated parks would have to be built on which to ride, but it's still pretty awesome to watch. Check out the company Hendo Hover's Kickstarter campaign for all the details, it sure makes for some interesting reading.

The fact that the boards still need a dedicated surface on which they can float, does reveal another potential use for this piece technology, and a gaming related one at that. Imagine a stationary hoverboard used as a gaming peripheral in conjunction with an Oculus Rift. Boom! It would be similar to the currently planned meeting of Oculus Rift and Virtuix Omni, only with added hoverboard. This might even be a more achievable goal as opposed to hoping that enough parks will be built around the world in order for the Hendo to take off financially.

Either way it's exciting stuff, and company Hendo Hover has - not surprisingly - reached its Kickstarter goal of $250,000 already, still with fifty-one days to go. October 21, 2015 is the date Hendo have set for the delivery of its first set of production hoverboards. For more on Oculus Rift related software, check out Episode 8 of Grab It, which features among its 68 showcased indie games, Oculus titles such as Super Mega Mega, Montas, Blastr, Dead End Alley and ZVR Apocalypse.

The near-future sure is an exciting place. Roads? Where we're going...