The game was updated a couple of days ago with a new night time mode, smoother looking pipes to fly your bird between, and even different coloured birds to play with.

So it is with great surprise that today we find the developer doing a complete turnaround and threatening via twitter to pull his smash hit from the App Store altogether. Is it because of bad reviews? Does he just want his privacy back? At this stage it is unclear.

Regardless of people's opinions of his game, it is a rare feat indeed for a lone developer to sneak not one, but three games into the App Store's top ten list. Riding on the success of Flappy Bird, Nguyen's Super Ball Juggling and Shuriken Block also found their way in.

Last year Phil Fish, the celebrated developer of Fez left game development due to internet hatred, and it would be sad to see either the over-opinionated pressure of the web, or the harsh spotlight of overzealous media, drive away any more talent.

It remains to be seen whether Nguyen will follow through and pull the game, but in case Flappy Bird is gone by this time tomorrow, you can grab it here now, and his other games to see what all the fuss is about.

PS. Check out our very own Jesse Miles' amazing score below. They say pics or it didn't happen; well here's a pic: 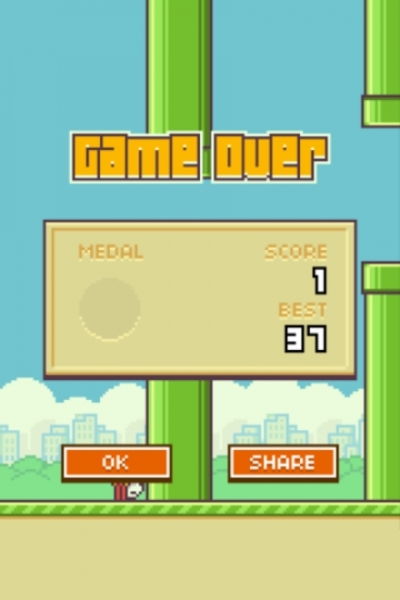