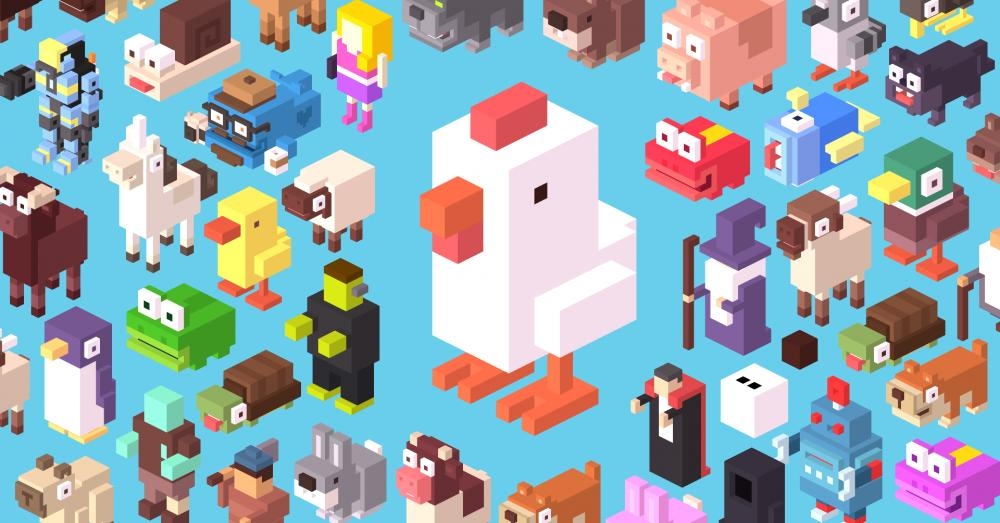 Note: Grab It is an award-winning digital iPad magazine focused on helping you discover great indie games, see below for a list of our episodes, or try our free sample issue.

Thanks Spierig brothers for helping to shorten my bucket list.

The knock-on effect is that of bumping what was formerly the second most important question - funnily enough, also involving a chicken - up to number one spot, and Crossy Road has us butting our heads against that question mark over and over (and over) again.

The 21st century’s answer to the arcade classic Frogger remains surprisingly unchanged. Although you cleverly start out as a chicken and not a frog, there are still roads and rivers to cross one step at a time, with the inescapable modern touch of collecting coins to unlock new playable characters. Players of a certain vintage will get a truly satisfying buzz from eventually unlocking (or buying) a frog to replace your chicken.

The other seven characters are shrouded in silhouetted mystery. Part of Crossy Road’s considerable charm is that playing as some of the avatars cause fun environmental effects. For example, switching to the penguin adds snow to your surroundings. It’s a satisfying way to add themes, and it’ll be interesting to see if today’s additions will bring any of these fun new twists.

You can grab Crossy Road for free right here.

One last thing before I sign off. What did come first? The chicken or the egg?