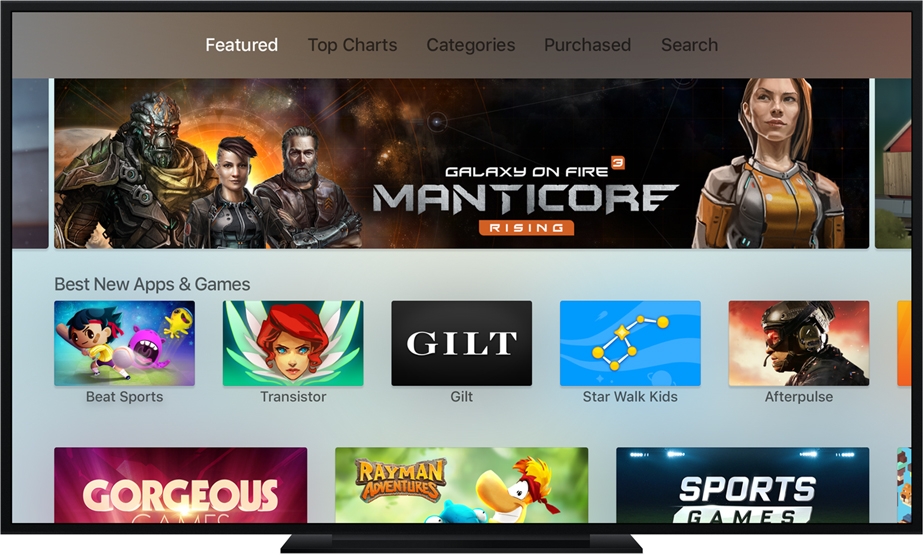 I do not have a head for business, yet I'm assuming the suits at the big tables of Disney Interactive and Activision do. These big name publishers getting behind the gaming component of Apple's first move into lounge room gaming - Apple TV - is the best possible start the tech giant's little black box could have had.

It's the kind of dream start other microconsole hopefuls - such as the Ouya - couldn't have possibly hoped for without the brand power Apple brings to the table. Will this brand name support set the fourth generation of Apple TV on a course for microconsole success?

If the toys-and-games mashups of Disney Infinity 3.0 and Skylanders: SuperChargers are able to ignite the Apple TV fuse, then it's possible we might see the platform become another breeding ground for breakout indie success stories like we saw on iOS. Stories such as Halfbrick (Fruit Ninja), Hipster Whale (Crossy Road), and Lima Sky (Doodle Jump), but with a little more depth and on a much bigger screen. Probably not too much more depth - it is after all a microconsole, remember?

Apple TV isn't here to threaten the PlayStation 4 and Xbox One; it's here to carve out its own niche in between mobile gaming and new-gen consoles.

The consumers that will be buying Apple TV for TV, music and movie consumption, will get a pleasant surprise when they discover the device's gaming component. The children of those consumers will get an even more pleasant surprise when they discover their current flavours of the month - Disney Infinity and Skylanders - have fully fledged games available to download right from the App Store then and there. A lot of impulse buying will take place once that games section of the shopfront is discovered.

Initially at least, kid's games, casual games like Crossy Road, and multiplayer party games are probably where the device will find its first foothold. Remember Rock Band? The makers of that huge hit of yesteryear - Harmonix - have announced Beat Sports, a simple but fun looking attempt to recreate the success of Wii Sports. Another blast from the past - Guitar Hero - is making a comeback with Guitar Hero Live, complete with a new guitar peripheral.

If this initial salvo of party and kid’s games can get the ball rolling, success might see Apple TV's games develop more depth, much the same as games on iOS have evolved over the years. Doodle Jump and Fruit Ninja eventually gave way to imaginative titles like République and Monument Valley. Did you ever think you'd be able to play any of the Grand Theft Auto titles on your iPhone?

Having said that, even at launch there are some games getting on board that bring deeper, more core gaming experiences to the table. The space shooting and trading series Galaxy on Fire continues with Manticore Rising, Rayman Adventures is on the way, and the excellent sci-fi adventure Transistor will also be available. 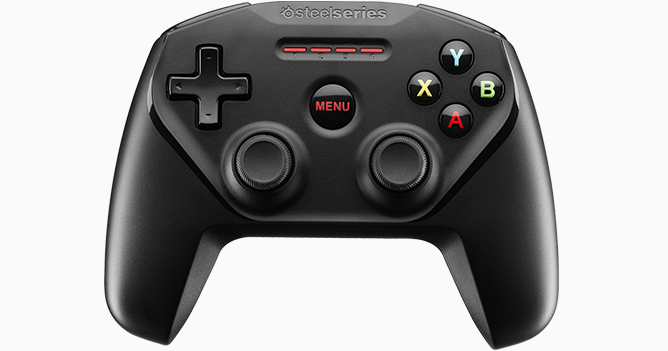 It will be fascinating to see how Apple TV as a microsconsole evolves. Physical controllers will be a must if we ever hope to see more complex gameplay, and Apple will really need to make consumers aware that devices such as the SteelSeries Nimbus exist. Offering a gaming bundle which packages a controller in with the purchase would make a great deal of sense.

This writer will be picking up an Apple TV in late October when they hit shelves, eager to see just how gaming-capable it is, so be sure to keep an eye on our site for a write-up or sign up for the newsletter.

Is there a market for this middle ground in gaming? Time will tell, but with these big names jumping on board right at the start, Apple TV certainly has a fighting chance.