A few days ago Warner Bros announced a bevy of new titles for its growing mobile empire (read about it here). This includes a mobile tie-in with Mortal Kombat X, a Lego Batman: Beyond Gotham port and an undefined experience called DC Comics Legends. One of the biggest announcements, however, is a new title in the Batman universe called Arkham Underworld. Details are relatively scarce about the game at this stage, but as we discussed the other day, based on what we do now, our money is on a F2P title in the vein of Clash of Clans.

Here is the description of the game:

“Build your hideout, then recruit and train an army of henchmen to do your bidding. Command iconic super-villains from the Batman: Arkham universe, including the Riddler, Harley Quinn, Killer Croc, and others. Grow your criminal empire and then crush your enemies to earn loot and respect. Defend your turf from other ambitious masterminds, private security forces, and even the G.C.P.D. Build a big enough empire? Maybe you’ll be ready to take on Batman himself."

If our speculation turns out to be true, then Arkham Underworld represents another missed opportunity by a major publisher to fully utilise the mobile gaming space for a well established franchise. In fact, many will assume - rightly or wrongly - that Arkham Underworld is a lazy attempt by Warner Bros to cash in on Batman’s popularity and the formulaic success of Clash of Clans.

The success of Clash of Clan should not be underestimated. Clash of Clans blazed its own trail on mobile devices back in 2012, finding massive (financial) success with its “freemium” base building strategy. In doing so, Cash of Clans laid down the blueprint for the many games that have followed in its wake.

Interestingly, what we have seen over the years is that well entrenched franchises with deep lore and a massive fanbase have dutifully followed down the same path. Look no further than The Simpsons: Tapped Out, Family Guy: The Quest for Stuff, Star Wars: Commander, Call of Duty: Heroes and now Batman: Arkham Underworld.

These are all “free” games ruled primarily by timers dictating when you can lay down one more building or send troops to attack someone else’s base. To get a leg up on your enemy, it’s as simple as spending some of your hard earned cash on the hundreds of available IAPs. Want to speed up a timer? That will be a buck. Want extra troops? That will be two bucks. 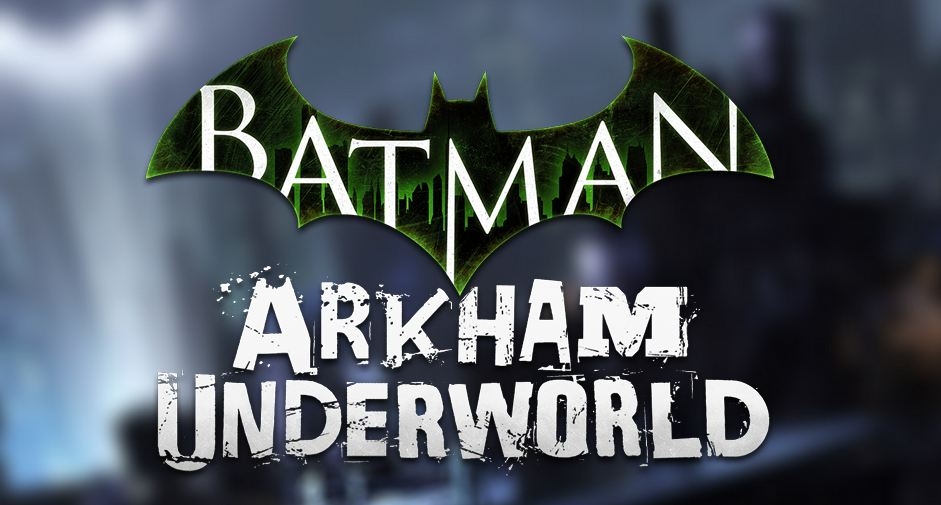 In my humble opinion, games such as these feel like a quick cash grab because they leech a working formula off another established franchise and then attach an IP with brand power (and lots of existing assets) to it . The Batman universe is such a richly dark one, with so many stories yearning to be told. Games like Arkham Asylum and Arkham City prove this point. There is a massive opportunity here for Warner Bros to fully utilise the mobile space to flesh out another part of the Arkham universe as we've seen in the past with titles like Deus Ex: The Fall or Mass Effect: Infiltrator.

Instead, we find mobile users being left out in the cold. To relegate Batman – whom it seems like we don’t even control – to a freemium base building game is as criminally unjust as The Joker. Not only does Batman deserve better, we deserve better. The mobile space plays host to such an amazing array of indie game developers, whose unbridled creativity knows no bounds. Yet many major publishers seem to view the mobile space with disregard and scorn, simply viewing it as an opportunity to make a quick buck.

But then again, while an Arkham Underworld game of this nature would be thoroughly disappointing, it is not entirely surprising. The other day I wrote an article (read it here) highlighting how important IAPs are for developers and publishers. For example, King – the publisher of Candy Crush Saga – has raked in over US$4billion (yes, billion) in revenue from IAPs alone since 2012. Who wouldn’t want a piece of that pie?

Although I’m not a fan of Clash of Clans or similarly minded games, I’m not attacking the formula so to speak. And please don’t think I’m knocking the developers who make these games. We ran a big feature in Episode 6 of Grab It on the making of Star Wars: Commander, and in Episode 7 we tackled the creation of Tiny Troopers: Alliance. The guys sitting there making these games are among the most passionate and dedicated I’ve ever seen. What I’m arguing against is the major publishers that make the decision to leech off the popularity of a well-established franchise with a cookie cutter, skin deep base building freemium title that does nothing to further the lore of that franchise.

You know what? I hope I’m wrong. Apart from the description of the game I included above, we don’t have any further details about Arkham Underworld. Warner Bros may surprise me and release a game in the seedy Arkham universe that delivers an engaging story, fleshing out new heroes and villains. Are you reading this, Warners?