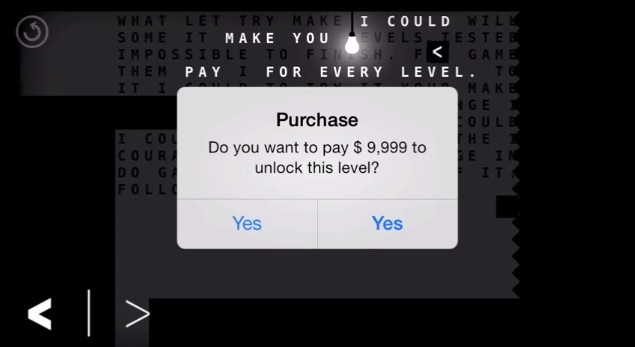 We’ve all had an inkling for some time now that in-app purchases (IAPs) are a ludicrous source of revenue for developers. The proverbial pot of gold, if you will. After an in-depth look at the financial reports of casual game developer King (of Candy Crush fame,) there is certainly no doubt left. Since 2012, King has raked in over $4 billion in revenue from IAPs across all its titles. I don’t quite have the vocabulary to express how unfathomably large that number is.

King’s public quarterly financial reports provide a refreshingly unique insight into its business model. It does take some time and effort to unpack each report, but a goldmine awaits those persistent enough. In the fourth quarter of 2014, there were 356 million unique individuals playing one or more of King’s games. These players spent $586 million in “gross bookings,” which is King’s terminology for total cash spent by players for virtual items. Although King has nearly 200 games on its plate, 77 per cent of revenue received from IAPs came from just three games - Candy Crush Saga, Farm Heroes Saga and Candy Crush Soda Saga.

Interestingly, of the 356 million unique players during the quarter, only 8.3 million (or 2.3 per cent) spent money in-game. On the flip side, 97.7 per cent of all players aren’t spending a dime. But that small proportion of people who are investing their money, are doing so big time. On average, each paying individual spent $23.42; naturally, this means some people will have spent far more than the average and others far less.

Looking at King’s longer-term financial reports, we can see that King has raked in over $4 billion in revenue from IAPs across all its title since 2012. For the year ending December 2014, total revenue from gross bookings was $2.382 billion, up from $1.980 billion (a 25 per cent increase) in 2013. Truly astounding.

From the reports, we can also glean insights into the amounts that players are spending on Candy Crush Saga alone, compared with the rest of King’s portfolio of games. A very interesting trend is that the amount of money spent by players on IAPs for Candy Crush Saga has been declining quite rapidly. At its peak in the final quarter of 2013, players spent over $500 million on IAPs in Candy Crush. This declined to $262 million in the fourth quarter of 2014, a fall of almost 50 per cent in just a year. Over the same period, the number of unique monthly players (across all games) also declined by 30 per cent. This notwithstanding, since the launch of the game in 2012, Candy Crush Saga players alone have spent around $3 billion on IAPs.

Even with the decline in revenue from Candy Crush, there certainly doesn’t seem to be any cause for alarm at King just yet. The decline in the amount of money spent on Candy Crush IAPs seems to have been offset by a rise in spending on other titles (likely Candy Crush Soda Saga); a point which King notes itself in its report.

These are truly mind boggling numbers. With such a ludicrous source of income, it’s no wonder that King has aggressively defended the use of the word “saga,” while other devs seems to have been sufficiently intimated.

Despite these very large numbers, King is a rather extreme case, with very few other developers achieving its size and influence. In fact, when King completed its initial public offering (IPO) in 2013, the company was valued at over $7 billion. This was the largest ever IPO for a gaming company in the US, even eclipsing Zynga (of Farmville fame).

But it’s clear that many other developers are recognising the power of the humble IAP, ever since the release of the infamous horse armour in The Elder Scrolls: Oblivion. Just last year the lute-shredding, tower defence/RPG title Bardbarian - from indie dev Treefortress Games - made the switch from paid to free. At launch, Bardbarian’s price was only $0.99. But even at this price, gamers seemingly turned their collective noses up at the prospect of forking out money (even though we thought it was an excellent game - you can read our review in Episode 4 of Grab It). However, what Treefortress Games noticed was that a significant amount of people who bought the game purchased IAPs. Accordingly, the dev dropped the price of its game to free, hoping that those IAPs would bring in strong revenue.

This is just the tip of the iceberg, with a number of other titles following the same path from premium to free including Temple Run, Sonic & All-Stars Racing and Asphalt 8: Airborne.

So if you’ve ever been frustrated with “freemium” games that rely heavily on the use of timers – such as The Simpsons: Tapped Out and Clash of Clans – or games that have an abundance of cosmetic items, here’s the reason they exist. IAPs can potentially generate a massive windfall for developers, with very little effort required on their part. The marginal cost for a developer to implement the ability to pay for an extra life or even to speed up the time it takes to place another building is close to zero. IAPs such as these represent almost pure and unadulterated profit.

Let’s be honest, the proof is in the pudding. With these sort of mind boggling numbers, IAPs won’t be going away any time soon. Personally, I find the majority of IAPs to be irrelevant at best and distasteful/misleading at worst. Although Apple has sought to clear up some of the murkiness around IAPs, recently changing the pricing buttons on its App Store from “free” to “get,” I argue that these changes don’t go far enough.

But if your company had brought in over $4 billion in revenue from IAPs in only a few years, why would you even consider changing your business model?