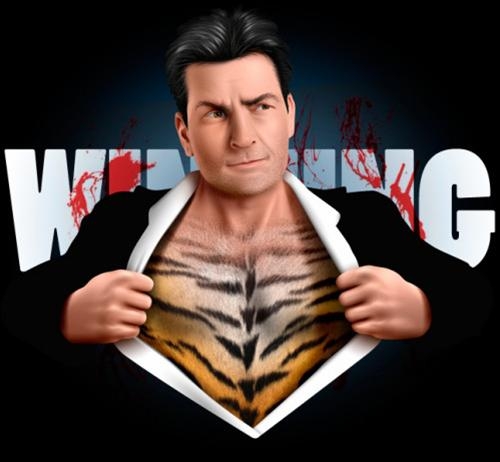 As you may have seen from our angry post a few days ago, Adobe and iOS 8 conspired to hamper life on our early episode of Grab It - our iPad digital magazine about iPad games. But let's use this as an opportunity. We currently have 150 codes - 100 for Episode 2 and 50 for Episode 3 - that will become redundant as soon as the new, iOS 8 friendly versions of Grab It go live towards the end of the week. So let's give them away.

NOTE: These two episode currently do not work on iOS 8, which means you either need to have iOS 7 still installed OR accept that you will not be able to read it until you update to the new version, which will go live hopefully before or on the weekend. Either way, it will be free. Cool?

So to claim your free code, all you have to do is join our network by either

First in best dressed; get in quick guys - there be some good reading. Here is a trailer for Episode 3 below. 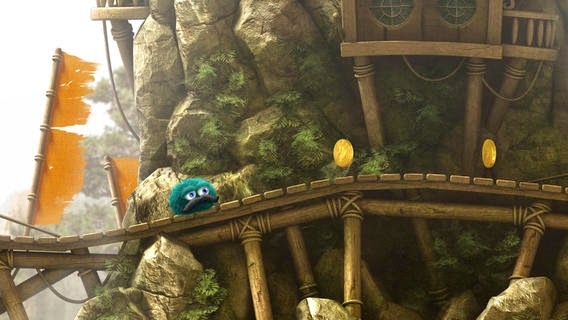 One of the highlighted games in Episode 5 of Grab It is Leo's Fortune by 1337 Game Design. Easily one of the most visually spectacular games to ever grace an iOS device, it also offers challenging and charming platforming fun. Here is a snippet from our review, where we gave it 4.5 stars:

"1337 Game Design has created a beautiful and charming platformer that deserves to sit amongst some of the App Store’s (and the genre's) best."

To celebrate Leo's Fortune's awesomeness and also our exclusive interview with the developer (that you can read in Grab It Episode 5, too) we're giving four copies of the game away. To enter, all you need to do is:

1. Download our Free Episode of Grab It to your iPad and check it out (or any of the episodes listed below)
2. Leave a review of the an episode on the App Store
3. Send a tweet to @grabitmagazine or leave a message on our Facebook page with your App Store alias so we can confirm the review's existence and we'll send you your code.

The first four people to do it, win. And there's 4 out of 4 left, so what are you waiting for?

YouTuber Jane Jones just did a pretty awesome review of Episode 4 of Grab It - you can watch it below. For those of you yet to dive in, it's a great way to see what type of content we have in a typical episode. It's our first video review, so why not celebrate?

The next five people that sign up to our newsletter will not only get delivered daily their indie iPad gaming fix, but they'll get a free copy of Episode 4 - be quick! 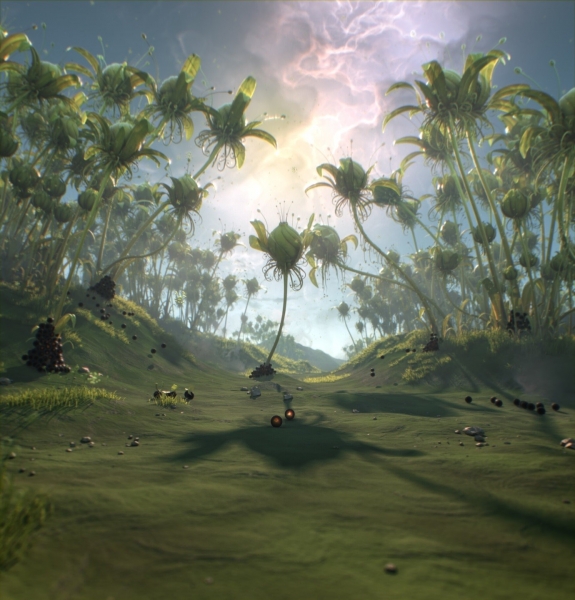 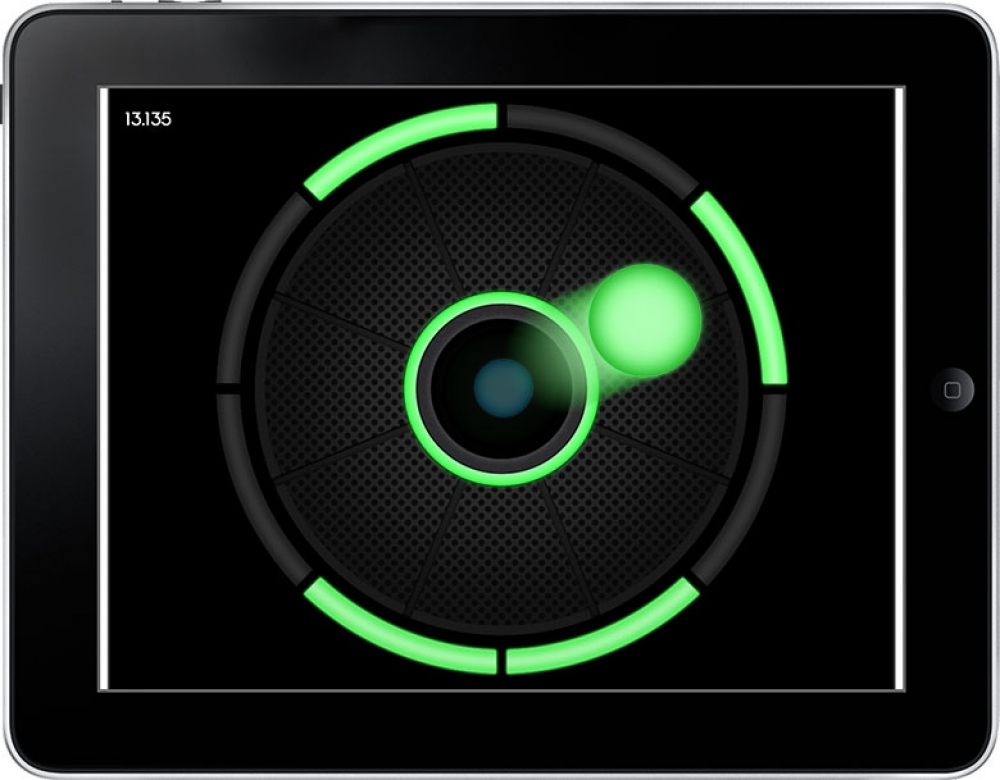 Music fans looking for a neat little arcade experience can jump into Lumena today. A collaboration between developer Elevate Entertainment and electronic beatsmith Modbom, it tasks you with flicking a ball at rotating coloured lights, matching the colours to increase your score. As simple as it may sounds, it's a super challenging (and addictive) task, testing your reflexes and memory in an environment where flashy visuals and a pumping soundtrack offer plenty of distraction.

...and you are in the running. We'll draw the winners on May 16 and announce through our social media.

You can check out the trailer below and also grab the soundtrack separately. Plus, if you like this style of game, we also recommend checking out Avoid Sensory Overload, another music-based skill tester. 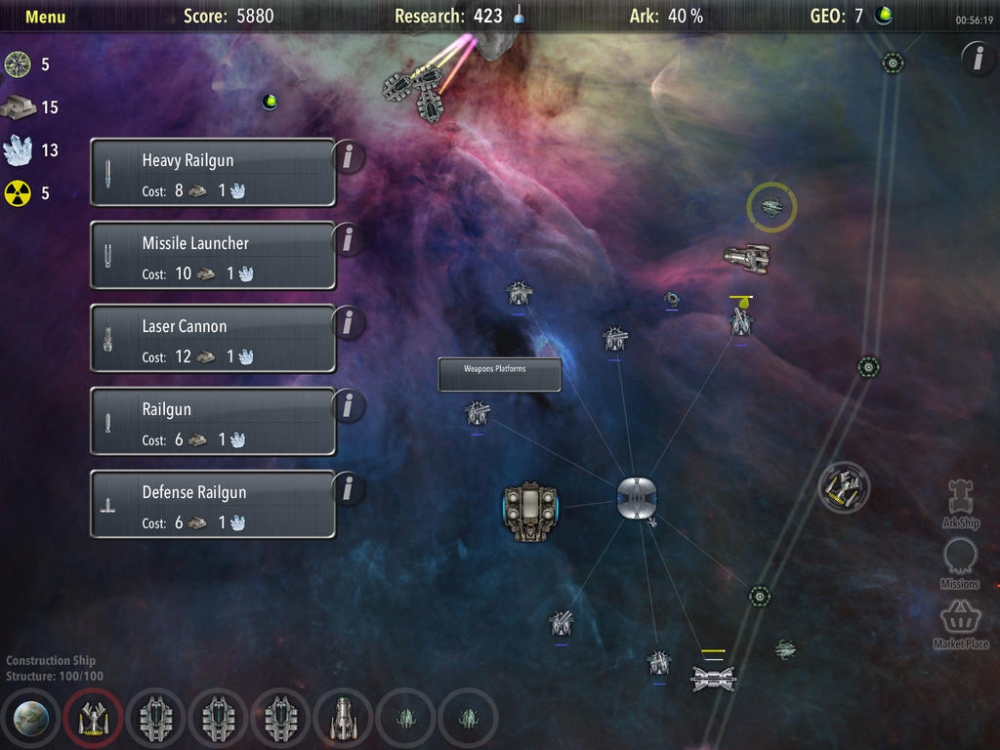 Ukando Software’s real-time 4X strategy game Alien Tribe 2 is as big as its space setting. Built specifically for the iPad, it is widely regarded as one of the genre’s best on touchscreens, implementing elements of tower defence and sandbox gameplay into its deep combat and resource management core. This is the type of game you sit down and get stuck into for hours.

Already an award-winner, Alien Tribe 2 has just received a hefty update that adds over 30 gameplay and user interface improvements based on fan feedback. This includes new build options, new research options, improved planet scanning and terraforming, improved A.I, shields for cargo and research ships, a better save system, fancier graphics, sharper sounds and plenty more. To celebrate, the developer has provided us with 15 copies of the game to giveaway to Grab It enthusiasts.

How To Enter:
To enter in, all you need to do is like our Facebook page or follow us on Twitter before May 5 and you’ll go into the draw. To double your chances, or if you already follow us, simply share/retweet one of our posts or stories before May 5.