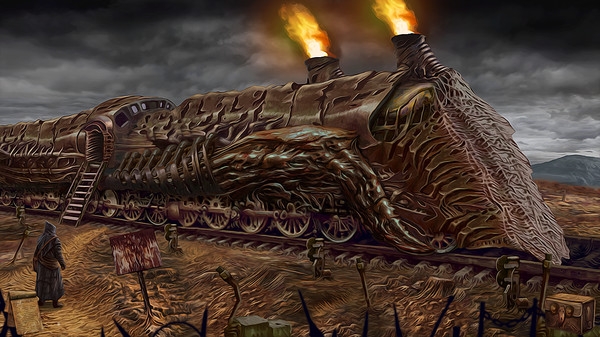 I remember watching the movie Aliens for the first time many years ago. While I found the aliens to be sufficiently scary, it was the dark and creepy universe in which the movies take place - created from the mind of surrealist painter H.R. Giger - that stayed with me far longer. A future that shows aliens and humans twisted together into a cold and biomechanical relationship is truly freaky stuff.

In what can only be described as disturbingly brilliant, the world of Tormentum looks like it has been ripped straight out of the sketch book of Giger. It is a completely twisted world, populated by things that should only inhabit our worst nightmares. It has the feel of a dark and twisted version of Machinarium, Dark Souls and I Have No Mouth And I Must Scream.

Tormentum opens with our unarmed protagonist being held in a locked metal cage beneath a hellish flying machine. The dreamlike and nightmarish landscape whips by below. Without any recollection of how he arrived there, the story gradually unfolds as our protagonist learns more about himself and what he's done to deserve such a terrible existence. 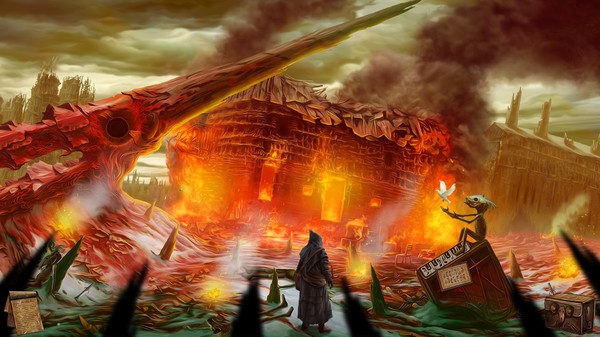 In learning the truth, it becomes quickly apparent that Tormentum is certainly not a game for the fainthearted. The art style and themes being dealt with - death, sin, punishment and atonement - are incredibly dark. As a Christian I found Tormentum to be particularly confronting and disagreeable given its spin on these issues. But others may also find themselves recoiling in shock. Without spoiling too much, at one point a character makes some comments about suicide that are incredibly distasteful and will likely offend people touched by it in some way. This isn't necessarily a negative of the game, but rather a warning to be well prepared about what lies ahead.

The game plays out as a rather traditional point-and-click adventure, although there's certainly nothing natural about the environment you explore. The puzzles are relatively straightforward and don't require too much flexing of your brain - you can expect to finish the game in around three hours, which feels quite appropriate. The majority of the puzzles - which all have a dark twist to them - revolve around the concept of manipulating objects to order them in the correct manner. Rewiring a circuit box to program spikes to impale my captor was surprisingly enjoyable. 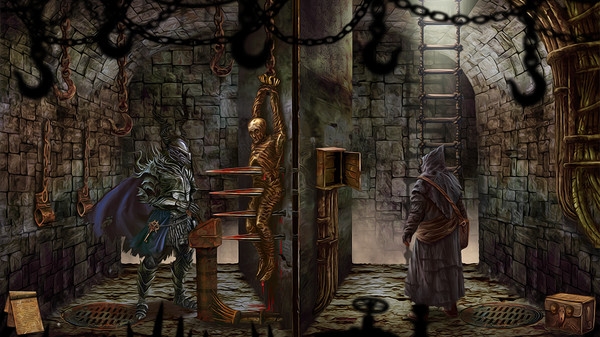 While I was genuinely captivated in finding out what had landed me in this hellish landscape, it was the incredible art style that took my breath away. The whole world is saturated in pain and suffering, with seemingly impossible creatures etching out a miserable existence. Death and punishment twist the landscape into hellish architectural designs. Later in the game, I arrived at a cathedral and was presented with the option to help out a blind artist restore his paintings of the nightmarish world. There are easily 50 paintings on the wall, which serve as a not-too-subtle way to view more of the dev's art work. I easily spent half an hour just marvelling at these paintings.

One aspect of Tormentum that I really appreciated is that my choices mattered. At various points throughout the game, I was presented with a moral choice. Do I help out a fellow imprisoned soul or leave him to his death? Given the dark nature of the game, I gladly picked the "good" choice nearly every time hoping to redeem myself in some way. However, it wasn't until later that my seemingly "good" choices had some unexpected consequences. Nothing is as simple as it seems in this world. 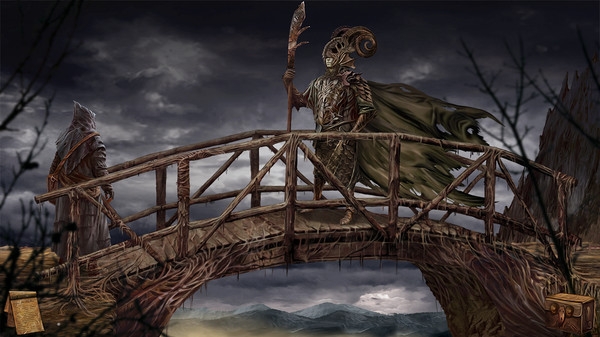 Every now and again I also gave in to my desire to exact vengeance. These choices also had consequences, which weren't necessarily apparent until later on. However, it was only at the very end of the game that I realised every single decision I had made was incredibly significant. It pushed me to play the game again to make different choices and view the multiple endings.

Tormentum - Dark Sorrow is a light in the darkness - or is that the other way around? You'll be hard pressed to find a game as stunningly dark as this. If you think you can deal with the incredibly dark themes and art style, you'll be well rewarded with an intriguing story set in a surreal word even H.R. Giger would be proud to call his own.

References:
- Tormentum - Dark Sorrow
- Machinarium
- Dark Souls
- I Have No Mouth And I Must Scream