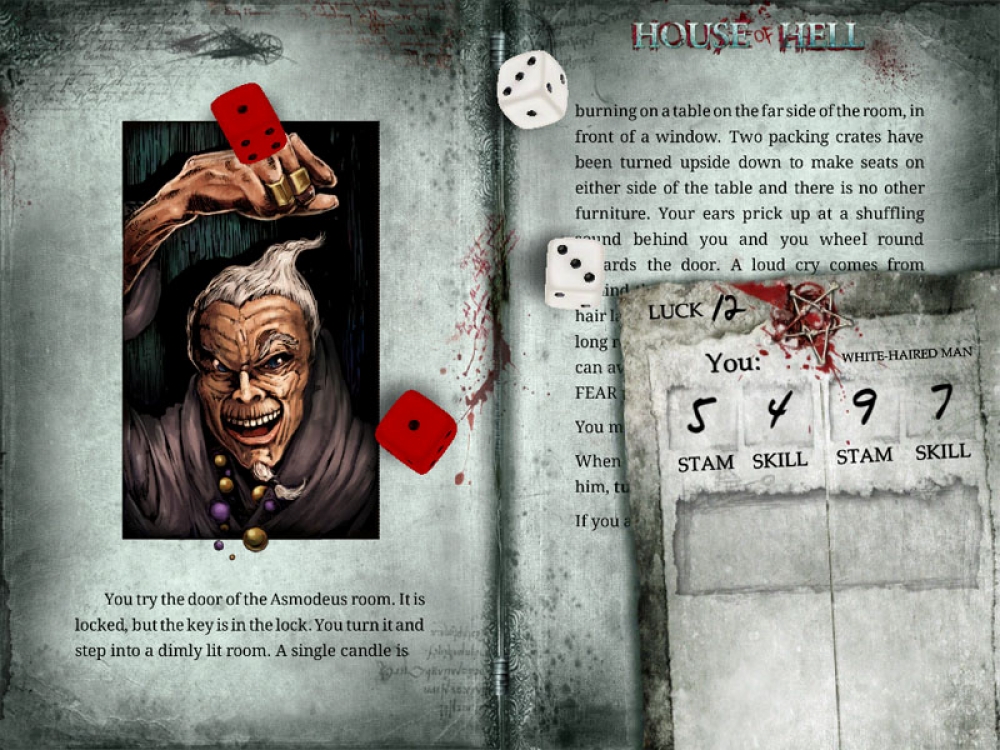 You may have seen the other day that Grab It has officially declared August as Gamebook Month. Throughout the month we're going to bring you all manner of articles related to the wonderful genre of digital gamebooks.

In our just released Episode 6 of Grab It, we featured an awesome interview with gamebook developer Tin Man Games on how it is reinvigorating the old-school genre for a modern audience. We want to share a snippet of our interview with Neil Rennison, founder of Tin Man Games, on why gamebooks are such an amazing vehicle for creativity.

"In developing gamebooks, there is literally no ceiling on creativity because the world you create is mostly shown in words. We aren't constrained like other styles of adventure games or by print restrictions. The old school Fighting Fantasy gamebooks were traditionally divided into 400 sections, not because it was a nice number, but because they could only print a certain number of pages. Some of our gamebooks have over 1,000 sections.

Given how large a gamebook can be, maintaining player choice throughout the story is paramount to the experience. Each reader needs to own that story and feel personally invested in the narrative. Keeping this in mind, we need to have a lot of choices, not only to increase replayability but to make sure each choice is fleshed out. This means working through complex gameflow graphs, which look like crazy spider's webs!"

To read our entire feature interview with Tin Man Games (including images of those gameflow graphs), and a tonne of other exclusives related to all things indie iPad gaming, be sure to pick up Episode 6 of Grab It.