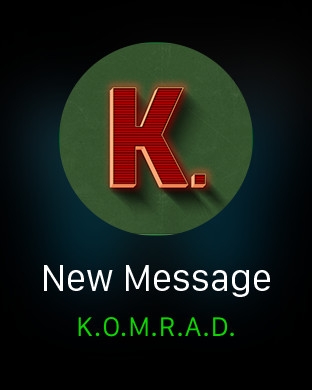 Conspiracy theorists eat your heart out, The Cold War is still very much alive and kicking! Armchair detectives will no doubt agree that there are plenty of juicy little secrets yet to uncover from this tumultuous era of stone-eyed presidential face-offs and nuclear devastation just a button press away. It is this sense of mystique and curiosity tinged with fear that brand new studio Sentinent Play taps into with its first title, K.O.M.R.A.D.

Like a classic James Bond film, K.O.M.R.A.D. sets the scene with spies, secrets and Soviets:

Your phone chimes with a text message from an unknown number. In broken English, you’re informed that your online accounts have been hijacked — passwords changed, identity stolen. You can get it all back in return for a simple task: hack into a Russian computer untouched since the 1980s and probe it for useful information. How, exactly? That’s where your people skills come in, because K.O.M.R.A.D. isn’t any ordinary computer — it’s an experimental Soviet artificial intelligence that doesn’t know the Cold War ended.

What piqued our interest in K.O.M.R.A.D. is the rather unique approach it takes to the gameplay, unfolding as a real-time conversation (via text message push notifications) with the all-knowing computer mind. This means that the story (which can change based on player choice) will only gradually become clear over time as K.O.M.R.A.D. drip feeds information to the player. So unlike a traditional game, you’ll most likely only pick up K.O.M.R.A.D. for short bursts every day.

Probably the best way to think about K.O.M.R.A.D. is as a cross between an old-school text-based adventure and a gamebook, updated for the on-the-go mobile world. I'm a massive fan of both genres - just check out my exclusive chat with genre masters Tin Man Games in Episode 6 of Grab It - so I can't wait to get my hands on this love child. My hope is that player choice will have real and meaningful impacts on the flow of the story, rather than merely offering up superficial dialogue variations. But in any case, who doesn't want to feel like a suave spy, responding to secret messages on your phone?

K.O.M.R.A.D. will be “out soon” for Apple Watch, iPhone and iPad. In the interim, you may want to check out one of these similar excellent experiences;
- Device 6
- Fighting Fantasy: Starship Traveller
- Game of Thrones: The Game 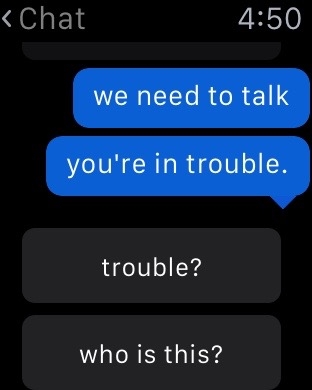 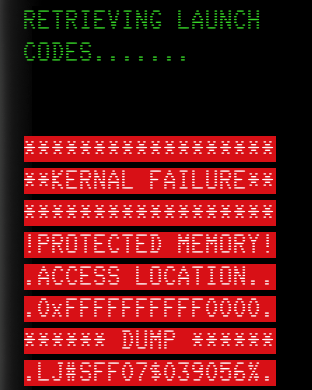