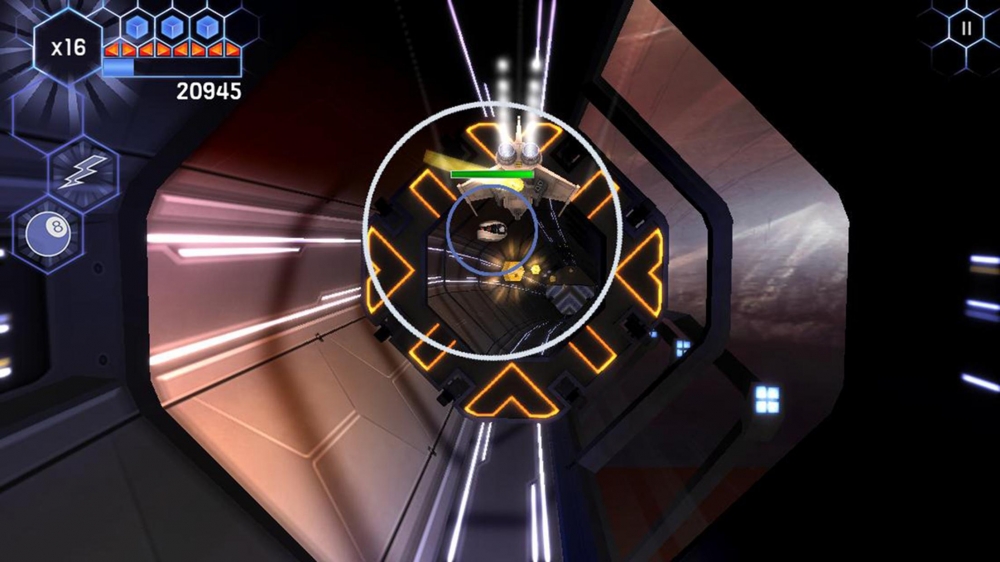 When I first heard of the music rhythm game SineWave, I consulted my old pal Google to find out what it meant. Now I’m no professor (shock, horror), but apparently a sine wave is a mathematical curve that describes a smooth, shapely and acoustically unique oscillation. And, interestingly, sine waves are the most frequently used waveform when producing deep sub bass. At least to my layman’s mind, this description is particularly apt for the debut project from indie developer Mad Fellows – smooth and unique.

Mad Fellows is a relatively new two man company founded by ex-Guitar Hero and DJ Hero veterans Paul Norris and Dan Horbury. If you're like me, then you probably sunk a significant amount of hours into Guitar Hero during the peak of its popularity, so if nothing else, it was always going to be intriguing to see how the duo translated the concept to mobile devices.

SineWave unfolds as a rhythm-based tunnel shooter in which you fly forwards through a 3D world in a little spacecraft – dodging obstacles and shooting other drones – all to the beat of heavy bass warbling, electronic soundtracks. If you've played games like Record Run or the now deleted Guitar Hero Mobile series, the concept will feel immediately familiar.

I’m not particularly knowledgeable about the whole electronic/bass genre, but if names like Phoxache, SKisM and Noisia mean something to you, then you’ll be well pleased with the selection of tracks on offer. As for me, I probably wouldn’t be able to tell the difference between Zomboy and a real life zombie. But I make that point because as someone who typically enjoys harder rock bands like Metallica, I thoroughly enjoyed most of the tracks in SineWave.

In particular, over the course of development Red Heat (Division Series Pt. 2) by SKisM was the pin up track to showcase the potential of SineWave. It is just as fun and demanding to play in person as I expected it would be, especially on the more difficult levels. None of the other tracks quite live up to the heights of this infectious song, although most songs (barring a select few) feel like they naturally belong in the game. The songs bring aggression, energy and heavy bass dropping beats that had me bopping my head the whole time.

(A word to the wise: use some good quality headsets and it will make the experience even better.)

Following a useful tutorial, but still not quite sure what to expect, I rather timidly started out on the normal difficulty mode. With helpful hints and a meandering pace, it’s a nice introduction to the game and the tracks. With a rising sense of bravado, I immediately upped the difficulty to hard and then expert. If normal mode is the entree, hard mode is the main course. And expert mode? Bring a bib because things are going to get messy.

The expert mode is absolutely insane. You’ll need a keen sense of rhythm and a fast finger if you hope to even finish a level. But SineWave really seems to hit its stride on these harder difficulty levels - this is exactly the way the game is meant to be played. No wonder then that an absolutely critical factor to the success of SineWave is that the controls are fluid and responsive, never once missing a beat throughout my hectic swipes and slashes.

As you swipe, slash and curse your way through levels you’ll collect coins and medals. A nice touch that drew me in was the ability to use these collectibles to upgrade my ship. The salvage collected can be spent on pretty useful perks like purchasing a better vessel, improving a ship's handling or on pure aesthetic features like a brand spanking new paint job. It's a good way to encourage multiple playthroughs on each difficulty level.

Even if you’re not completely sold on the idea, the great thing is that SineWave is free to play. For the very low price of free you get three tracks: SKisM: Red Heat (Division Series Part 2), Zomboy: Braindead (Reanimated Pt 1) and Noisia: Red Heat (Split the Atom). Following that, song packs and other cosmetic items are reasonably priced. It’s a system we’ve seen before in games like the also quite awesome Avoid Sensory Overload, and it works well.

Mad Fellows has indicated that there is the possibility for future DLC depending on the game’s success. I would like to see some more solid tracks similar to Red Heat by SKisM being added to the roster, as well as other items like more backgrounds to choose from (there are currently only three) and a greater variety of ships.

For a first outing, Mad Fellows has completely knocked this one out of the park. Even though I’m not a massive fan of the electronic genre, I was still sucked in by the (mostly) solid tracks and tight gameplay. Without a doubt, Norris and Horbury have leveraged their considerable experience to deliver an incredibly solid music rhythm game on mobile devices that has the potential to entertain for years to come. 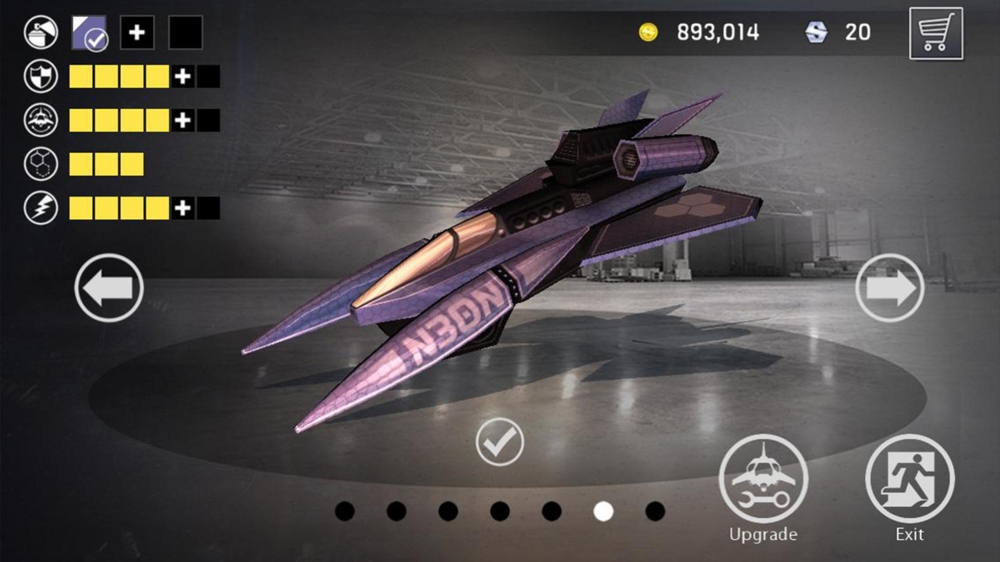