Keiji Inafune announcing a Red Ash Kickstarter before delivering on Mighty No. 9 tells us some nasty truths about the current games industry. Keiji Inafune, the man behind the much-loved Mega Man franchise, has been a hot commodity of late. In addition to his involvement with the recently announced ReCore - a game for the Xbox One of which almost nothing has been disclosed (read: 60% of Last Year’s Microsoft E3 Conference Is Still Unreleased - Is That Good Enough?) - he has been furiously active in the crowd-funding scene. After years spent at Capcom listening to fans clamour for the return of the blue-suited robot boy, frustrated with the company's reluctance to green light a new game in the series, he decided to leave and start his own development studio.

His first move followed what is fast becoming the avenue of choice for disenfranchised game designers: he turned to Kickstarter to source the funding directly from gamers for what is essentially a new Mega Man entry in all but name. The appeal was a resounding success. In 2013, wearing its inspirations on its laser-gun sleeves, Mighty No. 9 shot past its initial goal of US$900,000 in just two days, ultimately raking in a cool US$4 million. The fans had spoken: they wanted what Capcom had refused to give them, and they were prepared to pay quite handsomely for it.

Now, nearly two years after the campaign's rampant success, and just months away from the game's release, déjà vu is in the air. Comcept, Inafune's development company, has returned to Kickstarter with Red Ash, a spiritual successor to the spin-off series Mega Man Legends. The game's pitch sounds awfully familiar: it heralds the fulfilment of Inafune's long-held vision, it represents everything fans have wanted from the franchise. It's the triumph of creative independence over the stubborn sterility of the traditional publishing model.

The response from gamers, though, could hardly be more different. With seven days to go, funding has yet to reach US$500,000. Interest in the project is a minuscule fraction of what Mighty No. 9 received, and a cloud of negativity has started to coalesce among even the most avid fans. It's not hard to surmise why. From some extremely dubious comments regarding what kind of game the initial US$800,000 goal would fund - as opposed to the ambitious stretch goals layered on top of that - to the simple fact that Comcept has yet to prove itself by delivering on its first game, the question of competence is still up in the air.

Sure, the company may be staffed with self-proclaimed legends of the industry, but that is no guarantee of quality - just look at anything Peter Molyneux has done in recent years. For all we know, Mighty No. 9 could be a complete disaster, whether in terms of execution or simply because fan expectations and developer vision don't line up.

So, to go ahead and play the nostalgia card a second time before first making good on their original promise seems terribly presumptuous. It would have made far more sense for Comcept to wait until after Mighty No. 9 got into fans' hands and taken advantage of the subsequent excitement to announce their follow up. Unless, of course, they're not confident in the reception awaiting them. That would be a little worrying. 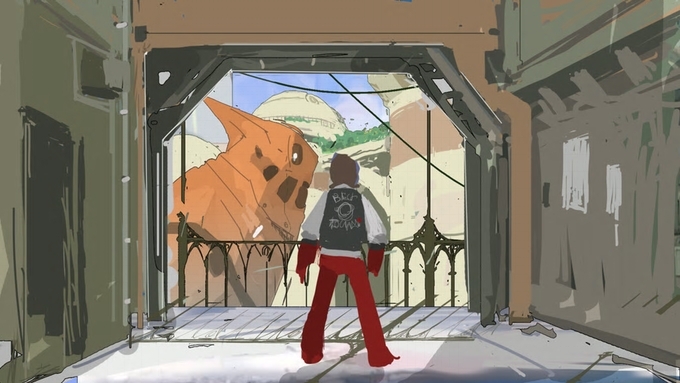 More troubling, though, is the fine print regarding what Comcept is saying it'll actually deliver, assuming Red Ash is successfully funded. That US$800,000 goal only covers the prologue chapter to the "epic" story the company wants to tell. To encompass the entire experience, either the Kickstarter will have to double its intake to U$1.5 million, or additional funding will have to be acquired at a later date. What this means, essentially, is that the game will be incomplete upon release. In itself that wouldn't be so bad if Comcept was being totally transparent about it, but the way it's sold the division as "episodes," set a funding goal that implies the fulfilment of a finished product, and hiding the crucial information several pages deep into the Kickstarter campaign text comes off as shady and disingenuous.

There is also no mention whatsoever of contingency plans if the company fails to amass the finances to deliver the full story. What would that mean for the poor backers? Would the narrative remain forever unfinished? Would they be abandoned to suffer without closure, much like fans of A Song of Ice and Fire fear may happen should George R R Martin kick the bucket.

On top of all the sliminess surrounding the campaign, it's just sad to see a talented game designer like Inafune committing himself to producing predictable experiences over and over again. There's nothing wrong with sticking to what you're good at, but Inafune's time with Capcom post-Mega Man proved that he was more than capable of creating interesting and entertaining experiences outside his original wheelhouse. Dead Rising and Lost Planet both distinguished themselves with novel concepts and fresh ideas, reaffirming Inafune's affinity for innovation. If he were to stretch his wings and let his imagination soar, we could see more of the kinds of games that drive the industry forward rather than turn its focus backwards.

But did Inafune have a choice?

Question; would such an innovative game garner the same level of interest from fans as that of a callback to their childhood? It seems unlikely. Pitching untested ideas has not proven particularly successful in the crowd-funding domain - just look at The Black Glove, an ambitious artistic and narrative-focused game from the former developers of the critically-acclaimed BioShock. It asked for only US$500,000 to fund its lofty, clearly-defined goals, yet did not even manage to raise half that. Ideas and pedigree are not enough to guarantee success. The risk-averse nature of most people steers them towards known quantities over uncertain gambles.

There's another renowned auteur notorious for being chained to a particular series: Hideo Kojima, creator of the Metal Gear franchise. Over the course of nearly thirty years, he has been bound to his creation, expressing time and time again his desire to move onto something else yet always coming back. Well, until now, that is. With his recent departure from parent company Konami, it seems unlikely that Kojima will be involved in the series beyond the impending release of Metal Gear Solid V: The Phantom Pain. Konami has reassured fans that the franchise will continue in his absence, with Kojima confirming he will see development of The Phantom Pain through to its conclusion. 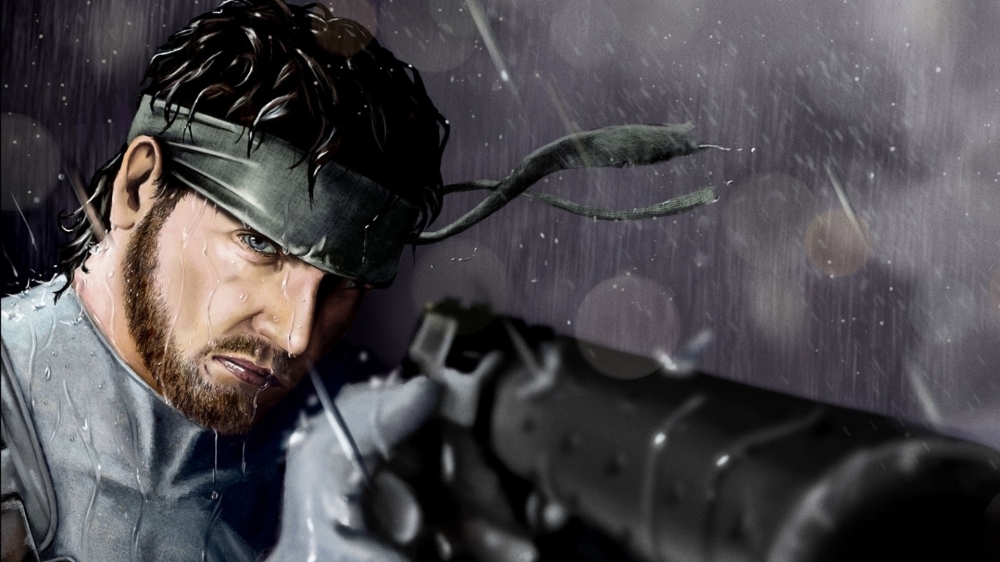 This is good news. Kojima is widely considered to be one of the wackiest creators in the industry -Metal Gear Solid hero Solid Snake hides out in cardboard boxes and has fifteen-minute philosophical debates over the radio while in the middle of dangerous missions in hostile territory. The first MGS pioneered the entire 3D stealth genre, and no other game has caused as much surprise as MGS 2 and its switch up of protagonists. Within the confines of a single, nigh-incomprehensible universe, Kojima has pushed the boundaries of game design with commendable consistency.

On the few occasions when he's been able to step away from the franchise and try something new, like the interactive visual novel Snatcher and the GBA game Boktai, he has stretched the idea of innovation even further. In Boktai, for example, players had to use the real life sun to charge their in-game weapon via a solar detector built into the game cartridge.

It is that kind of unbounded creativity that makes Kojima's independence so exciting. Following the whims of his imagination could reshape the entire video game industry in the same way that MGS defined and redefined what makes a good stealth game. Rather than being constrained by Konami's limited, profit-driven focus, Kojima will hopefully have the chance to serve both himself and his fans in all new ways.

Unfortunately, Kojima's case is an anomaly in an age where we're inundated with spiritual successors, franchise reboots and HD remasters. Instead of experimenting with new ideas and promoting the pursuit of innovation, publishers and developers alike seem more interested in iterating on the tried and true, and leaving the evolution of the industry to someone else. While this may be a fiscally wise move, it does not bode well for the future of video games. Capcom, in fact, recently came out and announced that it would be increasing its focus on HD remasters given the popularity of its original Resident Evil reissue.

Laying the blame on money-grubbing executives is nice and easy, but both Capcom's announcement and Comcept's Red Ash Kickstarter highlight the fact that gamers are not innocent either. It is our wallets doing the talking, rewarding companies for trotting out weather-beaten relics with just a fresh coat of paint. It might be fun to revisit childhood memories without needing to squint past blurry, outdated visuals and struggle with archaic game mechanics, but do we really want to encourage this economy. One that pumps out nothing but double-digit sequels, three-year-old remasters, and homages to love letters to spiritual successors?

If we want our industry to continue to be the epitome of entertainment rather than an outlet for recycled refuse, we have to ask ourselves one question: Are these really the games we're looking for?