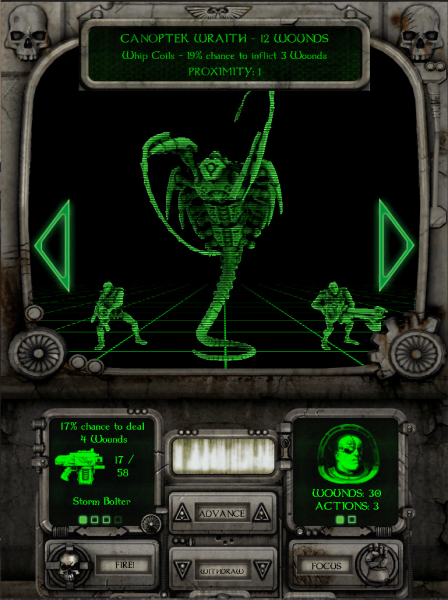 Prolific digital gamebook developer Tin Man Games is at it again, branching out into yet more unexplored territory. It's from a developer with a pedigree that includes everything from romantic supernatural adventures (Strange Loves 1: Vampire Boyfriends) to Shakespearian interludes (Ryan Norths To Be or Not to Be) to zombie apocalypses featuring a stuffed bunny protagonist (Zombocalypse Now). This time the Aussie studio is bringing us an entry in the Warhammer 40,000 universe called Herald of Oblivion, the first title in the newly conceived Legacy of Dorn series.

Here’s the description for Herald of Oblivion:

“You are a veteran Space Marine of the Imperial Fists Chapter. Equipped with powerful Terminator armour and armed with the deadliest weapons that the Adeptus Astartes wield, you are a symbol of the Emperor’s might. Trapped aboard the space hulk Herald of Oblivion and the only survivor of your squad, you must fight your way through the aliens and heretics that infest the star vessel and find a way to escape the horror and return to your Chapter.”

Fans should be rightly excited to hear that gamebook veteran Jonathan Green has penned the adventure. Green is well known for writing classic gamebooks in the Fighting Fantasy and Warhammer series, so we know the series is in good hands.

From what we’ve seen so far, Herald of Oblivion will follow much the same format as Tin Man Games’ other gamebook adventures, though the dice-based system has been replaced with a first-person turn-based combat system. This seems like quite a natural feature to have in a game where tactical combat is likely to be important, rather than relying on random chance dice-based combat. The shake-up in the combat approach certainly worked for other Tin Man Games titles like An Appointment With F.E.A.R., or even Forge Reply's excellent Lone Wolf series.

We won’t have to wait too much longer either to rip into hordes of aliens, with Herald of Oblivion due to drop on PC, iOS and Android in late September.

For a massive feature on Tin Man Games and our Top 10 Digital Gamebooks on iPad, you can pick up Episode 6 of Grab It. 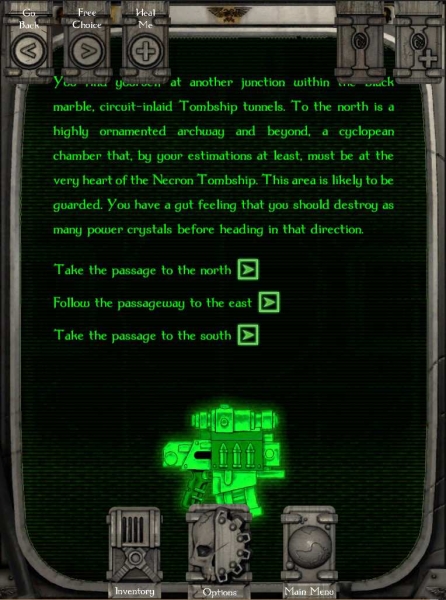