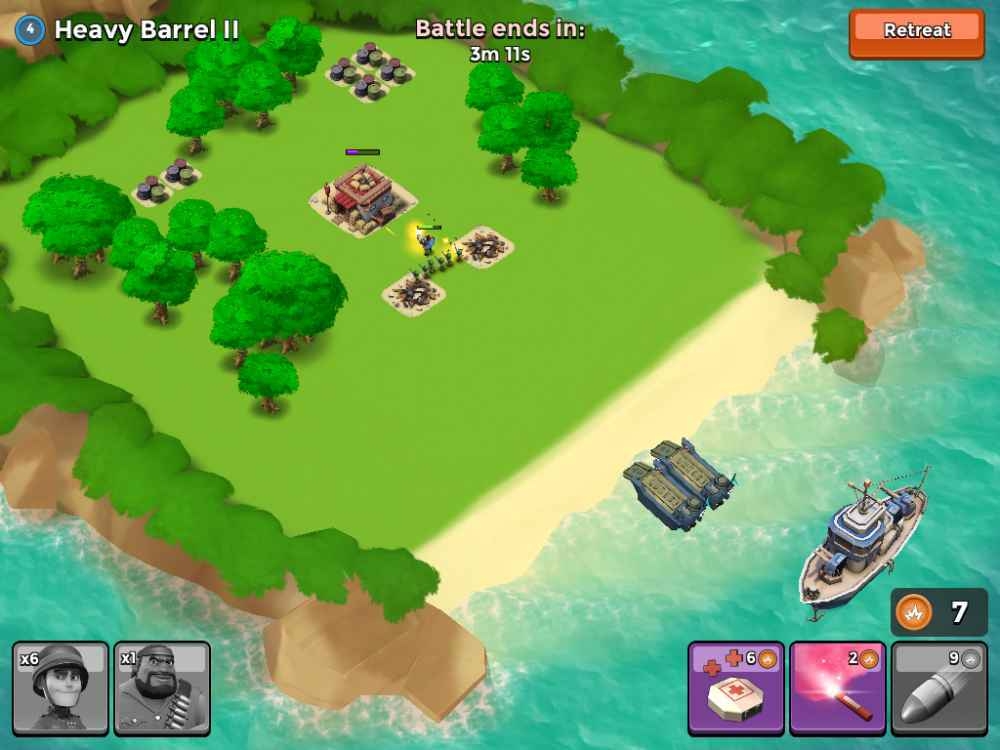 Perhaps you’ve heard of developer Supercell? They released a little title in 2012 called Clash of Clans. Yes, don't worry, I’m being sarcastic. Riding on a wave of success, Supercell has followed up with the promising combat-strategy title Boom Beach. But does lightning strike twice?

From my hands on time with the game, I found it to be incredibly easy to pick up. It doesn’t hurt that Boom Beach strolls down the well worn path of many other strategy titles before it - collect resources, build a base, raid enemy base, rinse and repeat. The only difference is that all of this takes place in a beautiful tropical island setting.

Similar to Clash of Clans, my money is on Boom Beach becoming just as insanely addictive, made possible by the always-online multiplayer component. While I appreciated the opportunity to cut my teeth on “noob” enemy AI, I felt that the game was at its best when I was pit against the unpredictability and cunningness of human enemies.

One drawback that I’ve encountered is the not-too-subtle predilection for IAPs. Building structures, troop deployment and upgrades can take several hours, unless you’re willing to fork over cold hard cash to speed up the process.

After playing for several hours, I’m not-so-quietly confident that Boom Beach is going to launch a significant assault on our free time. I’m certainly looking forward to “acquiring” some additional resources for my base from new players when Boom Beach begins rolling out worldwide in the next 24-hours. See you on the tropical battlefield!

This link for the game will update automatically as your region comes online.