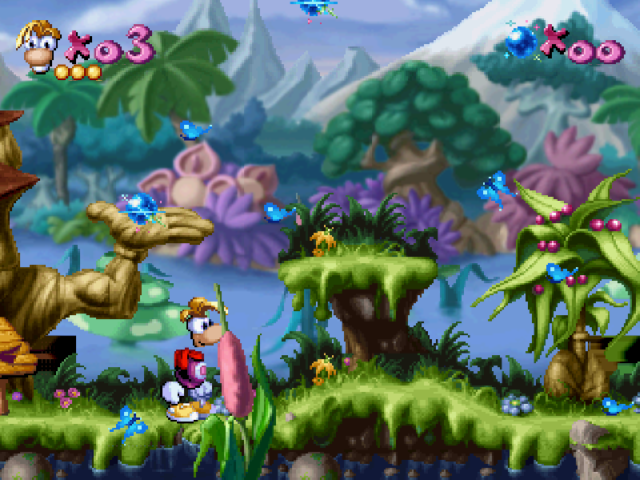 Rayman
The limbless hero flopped his way into platforming history in 1995 and in an around the two genuine sequels that followed, an embarrassing number of spin-offs emerged - eventually the brand felt somewhat soiled by the end of the 2000s. Thankfully, 2011 saw the arrival of the excellent Rayman Origins, followed in 2013 by a sequel, Rayman Legends. The character and series has never looked in better shape, nailing it on consoles and also delivering solid mobile fun with the likes of Rayman Fiesta Run and the upcoming Rayman Adventures. Creator Michel Ancel is currently working on a new IP for PS4 called Wild. 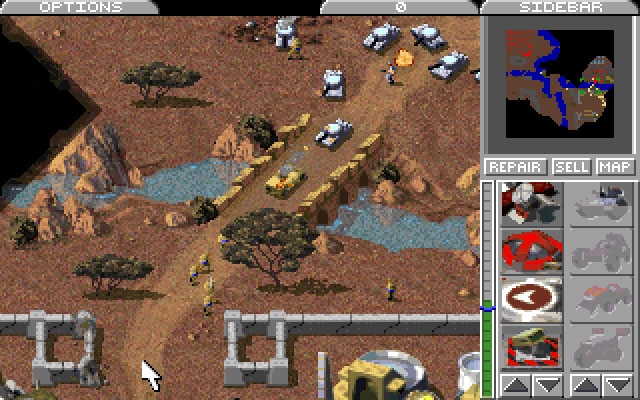 Command & Conquer
While Warcraft fans may argue otherwise, it was the arrival of Command & Conquer that really set the real-time strategy genre on fire. With its focus on fast-paced, modern military units, and the ability to play four-person multiplayer, it captured a wider audience who fell in love with the battles of the GDI and the Brotherhood of Nod. Developer Westwood Studios would drive the series into the stratosphere with further titles like Red Alert, and even delivered the goods after being acquired by EA in 2003 (a rare feat). The last of the 10 titles in the series was an MMO released in 2012, however the future of the IP does not look that solid. The last two games – FPS spin-off Tiberium, and RTS Command & Conquer: Generals 2, were cancelled before release and Westwood – now called EA Phenomic – was shut down.

Destruction Derby
In the heavily male teenager dominated era of gaming that was the 1990s, a racer where you got to destroy cars was always going to hit big. Reflections’ race ‘em up was damn fun to play, and watching cars break apart as you rammed all-comers has never felt better, despite many other attempts at the genre. Three sequels followed in quick succession, before Reflections moved on to the Driver series. The developer is still in the driver’s seat today, most recently working on The Crew when not lending its open-world skillset to the likes of Assassin’s Creed and The Division. 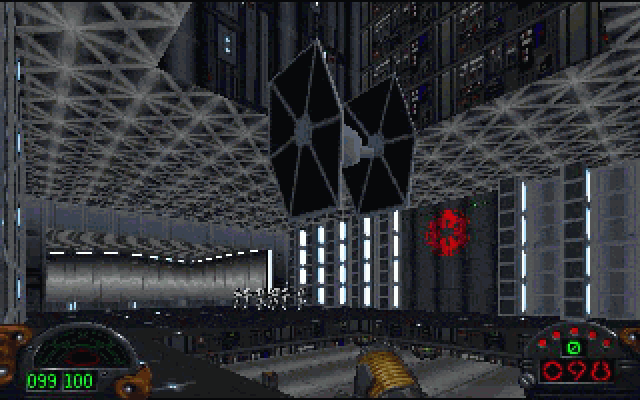 Star Wars: Dark Forces
Going back and playing it now, this cult favourite feels so clumsy and basic. But when this – the first of the Star Wars FPS games and the forerunner to the just released Star Wars: Battlefront - launched it was heaven for fans. The FPS genre had only just become a thing and the iconic sounds and visuals were so immersive. Four more games in the series would follow, changing to the moniker Jedi Knight over time. 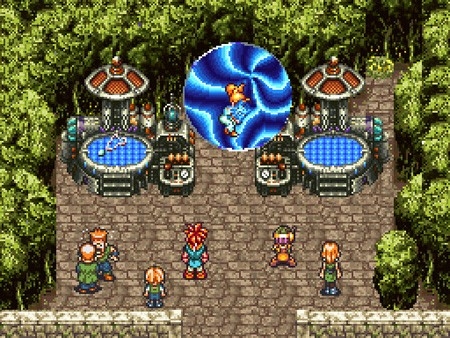 Chrono Trigger
This SNES and later PlayStation classic from RPG stewards Square remains a cult favourite for genre enthusiasts. It steered clear of the JRPG complexity of the era, offering easier combat and a welcoming storyline with plenty of humour, all supported by surprisingly varied gameplay. A sequel, Chrono Cross, followed in 1999, but a third game came to legal loggerheads during the 2000s and despite the filing of a trademark, Chrono Break, in 2011, this series looks destined to remain in memory. Thankfully, you can now play the game on iOS (grab it here) 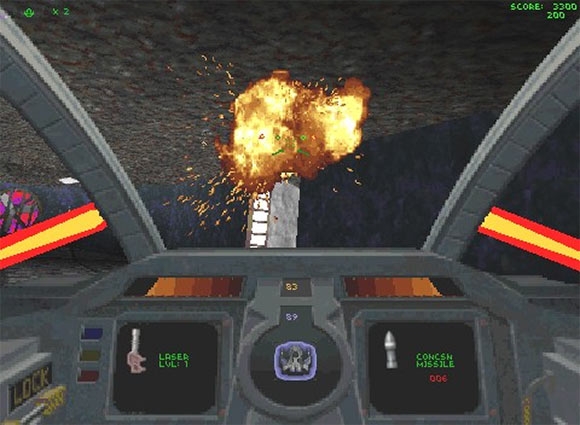 Descent
Games don’t get any harder to describe than Descent, a vertigo inducing, space-set, cockpit shooter where you head through labyrinth-like mines blasting away at virus infected robots. The unique visual style and “six-degrees of movement” gave you this distinct impression of never knowing which way was up. Sequels followed in 1996 and 1999, then things fell apart. Developer Parallax Software became Volition, and set off on the road to Red Faction and later Saints Row. While publisher Interplay died. A prequel, Descent: Underground, was recently Kickstarted and is due out in March 2016. 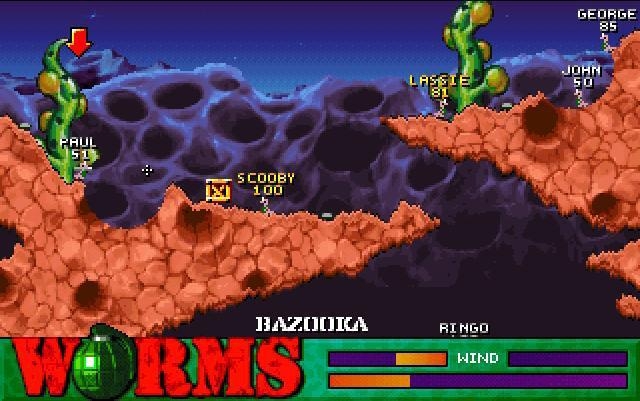 Worms
Has any game heralded more laughs into a single room than Worms? Sitting with friends at a monitor in 1995, blowing each other to smithereens turn by hilarious turn with evermore ridiculous weapons was a blast. Truly one of the greatest multiplayer games of all time, Worms put Team 17 on the map and countless sequels have followed over the years. The series unwisely went 3D in the 2000s, but is back doing what it does best in a 2D landscape now. Worms Battlegrounds released just last year on PS4 and Xbox One, while Worms 3 is now available on iOS. 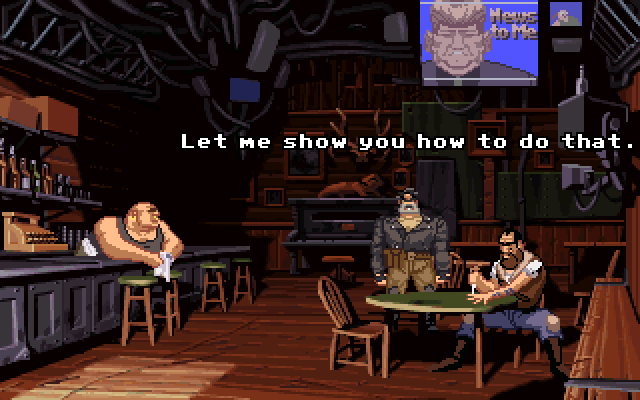 Full Throttle
One of the legendary adventure games by genre guru Tim Schafer, Full Throttle’s short play length hasn’t stopped it joining every other “top 10” list. Remarkably two sequels, one in 2000 (Full Throttle: Payback) and one in 2002 (Full Throttle: Hell on Wheels) were nearly rolled out, but were cancelled mid-development. A sequel now looks highly unlikely, but Schafer continues to produce titles for his long-time fans. The recent Broken Age for iOS (grab it here) is definitely work checking out. You can also pick up his other ninety’s gem, Grim Fandango, on the format here. 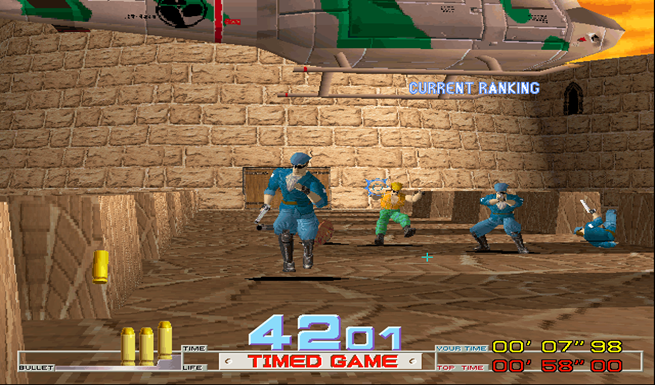 Time Crisis
It’s a testament to the fun of PlayStation launch title Time Crisis that it survived the demise of the Light Gun and has kicked on for years. A genuine arcade on-rails shooter, although with added story, nine sequels or spin-offs have followed, including Time Crisis 5, which was released to arcades in March this year. Most recently, Time Crisis has appeared on mobile, but Time Crisis 2nd Strike has disappeared off the App Store as of the time of writing. You can probably blame iOS 9’s arrival for that. 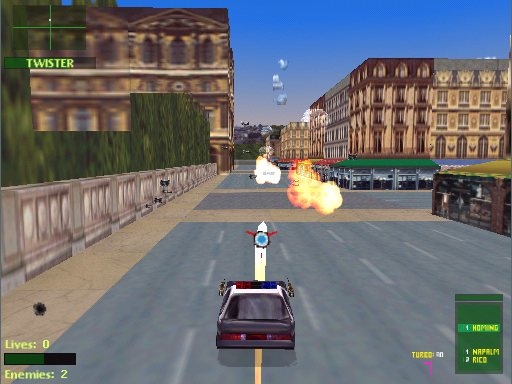 Twisted Metal
Also a PlayStation launch classic, this genre-defining vehicular combat title offered the perfect mix of humour, action and multiplayer mayhem for the couch-gaming revolution. With iconic characters and gameplay that would be copied for decades to come, Twisted Metal was the game to own at the launch of the machine. Four rapid sequels were fired out before 2001, and then two more – as well as some spin-offs emerged in the decade following – the latest a Twisted Metal reboot for the PS3 in 2012. The current status of the series is unknown, despite the relative success of the last entry – perhaps that’s because creator David Jaffe (who also gave us God of War) has gone indie and is currently working on PS4 exclusive Drawn to Death. 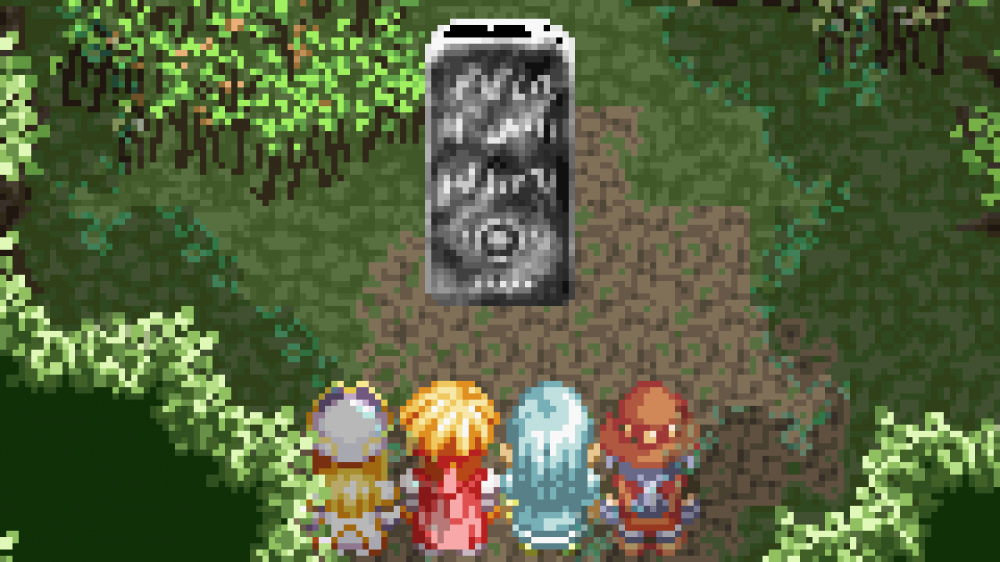 Tales Of...
Once upon a time, Tales of Phantasia was just another, albeit enjoyable, SNES JRPG from the oddly named developer Wolf Team. Now it’s a narrative behemoth with so many faces and storylines it’s hard to follow what is going on. Some 15 main games and a tonne of spin-offs have emerged, and they’re still to this day heavily Japanese focused, with delayed releases coming out to the West eventually. The latest game, Tales of Zestiria, only just released on PS3, PS4 and PC.